With the passage of the JOBS Act, crowdfunding is going to get a whole lot more interesting — and a whole lot more crowded. Now that everyone and their mother can invest in startups, hundreds of crowdfunding portals are starting their engines. Wahooly happened to jump on the trend early, soft-launching back in September, before the buzz. Well, when we say “early,” Wahooly is by no means a prime mover compared to the likes of Kickstarter, but it still has the advantage of a head start — if it can capitalize.

Today, as part of that move to capitalize (literally and figuratively), Wahooly is announcing that it has raised some funding of its own, in the shape of $750K in seed funding. The investment comes from a host of angel investors, including serial entrepreneur and Kalfa Equity Group Founder Joe Kalfa, Middleman Founder Jamie Dewar, and Shawn Bruins, among others — all of whom are eager to give Wahooly the fuel it needs to test its crowdfunding experiment.

To back up a bit for those unfamiliar, the Minnesota and Austin-based startup set out last year to create a platform on which socially connected, early adopter types (non-accredited investors), can grab stakes in up-and-coming startups, sharing mentorship and influence in exchange for equity.

Back when Wahooly was first hatching its crowdfunding model, there was still a bit more skepticism and concern over crowdfunding models, and whether or not there could be a legitimate way for startups to trade equity in return for social media buzz and feedback. If the effect of that buzz and mentorship is real, it’s easy to see how appealing Wahooly can be as it democratizes startup investing and, in turn, provides growth capital and guidance to young businesses.

Wahooly Founder and CEO Dana Dana Severson tells us that, although the passage of the JOBS Act is exciting both for average Americans and for startups, he doesn’t see much differentiation in the portals being launched to give access to these investments. And, really, how much variation can there be? Severson sees Wahooly as a more interactive, and long-term extension of Kickstarter’s approach, and while there may eventually be a funding platform for each space, music, tech, etc., there are only so many variations on the major theme.

As the JOBS Act developed among politicians last year, Severson moved to establish Wahooly’s model in such a way as that it could be flexible and compliant with the SEC’s regulations should the crowdfunding bill make it through the ringer. (The SEC will likely be make these terms public later this year.)

Partnering with Klout, Wahooly has amassed 30,000 users to date, and as the startup is still in private beta, Severson says that they’ve capped the user base at that level, even though the wait list continues to grow. The founder says that, in turn, 450 startups have signed up to participate in the first year of Wahooly fundings, though Wahooly is currently on track to showcase about half. Again, the demand is outpacing its resources, another reason why its been raising capital.

In terms of how it works, Wahooly allows startups to tap into its pool of influencers to boost their early publicity and social media buzz, and receive guidance and feedback in exchange for equity. Startups create testing groups between 5K to 8K people, which, once formed, take up to 8 percent equity in the startup. Once these influencers join a startup, the are asked to “Promote, Improve, and Engage,” and are rewarded for the level of their social media influence as well as the quality of their feedback and engagement with points. Their compensation is then based on their total points as a fraction of the total pool.

It can be a bit tricky for first-timers, so Severson says that the team has likened its structure to a company forming an advisory team — albeit a sizable one. The founder gives the example of About.me, which had 26 advisors to its 4 employees, and made quite a bit of money for everyone involved when it was acquired by Aol. In comparison, Wahooly gives startups 5,000 advisors. As companies traditionally bring on advisors to help guide them and engage with their product, promote, and help them improve, Severson says that the same should apply to Wahooly, only on a larger scale.

So, what about the validation from the early participating startups? TweetTV was one of the first to submit to Wahooly’s crowdfunding model, and although it’s not quite About.me, the startup, which is building a realtime social TV guide, recently raised its own $750K. Again, it’s still way too early to say Wahooly is onto something big, but the funding was at the very least some early validation that its network has value, and provides a benefit to participating companies.

TweetTV founder, Bradley Markham, is appropriately jazzed about Wahooly, telling us that its program “is by far the best way that an early-stage startup can gain the most valuable asset a budding company can have — social proof.”

Certainly, this approach isn’t right for all startups, and will likely be more valuable to those companies that actually have products ready to bring to market, are a bit further along the road, but haven’t yet found any funding. Not right for all, but for those who fit the criteria, there’s a lot of potential for it to be a valuable service.

Of course, there’s a lot of work to be done, especially around validating the participating investors. With such a big crowd, there’s potential for gaps, but even if only a fraction of those provide useful feedback, it’s still better than the alternative. Although clearly it needs to address problems like the one Frederic detailed.

It also helps that Wahooly recently brought on Nathan Beckord, who is a founder and lead advisor at Venture Archetypes. Beckord has been an advisor to or investor in 13-venture-backed startups, 5 of which have found exits. He’s also a veteran of JP Morgan, Access Ventures, and Piper Jaffrey.

For more, check out our previous coverage of Wahooly here, or its homepage here. 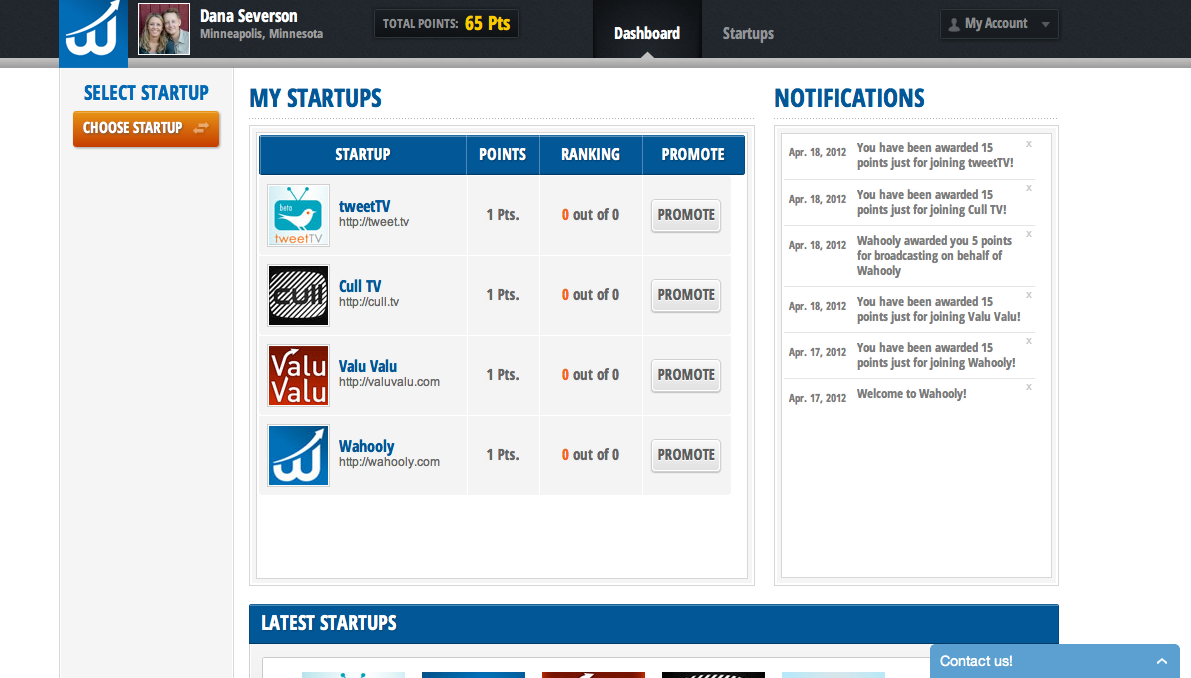