Google TV, the company’s first serious foray into the living room, hasn’t exactly set the world on fire. That doesn’t mean Google has given up, though. Far from it. While there hasn’t been much news about Google TV itself lately, the YouTube app for Google TV is getting an update today. Google says that its developers have “been working like it’s a 24/7 hackathon over here to bring all of YouTube to your Google TV.” With this update, the developers have added recommendations, a Google+ button and the ability to search for channels. The new version now also handles suddenly drops in bandwidth more gracefully.

For users who previously had to suffer from constantly buffering video, this update should be a welcome relief. YouTube for Google TV now automatically detects when there is suddenly less bandwidth available for it and switched to a lower resolution instead of rebuffing.

Given that Google is building Google+ into each one of its products, it doesn’t come as a surprise that this app is getting some Google+ love, too. You can now +1 videos from the app, though it doesn’t look like you can actually share videos from the app (+1’s appear on your profile and in search results, but not in your main Google+ stream).

Adding recommendations and channel search to the app is a logical next step for Google. YouTube put a very strong emphasis on channels in the latest version of its desktop service, so making these channels easier to find on the TV makes sense. 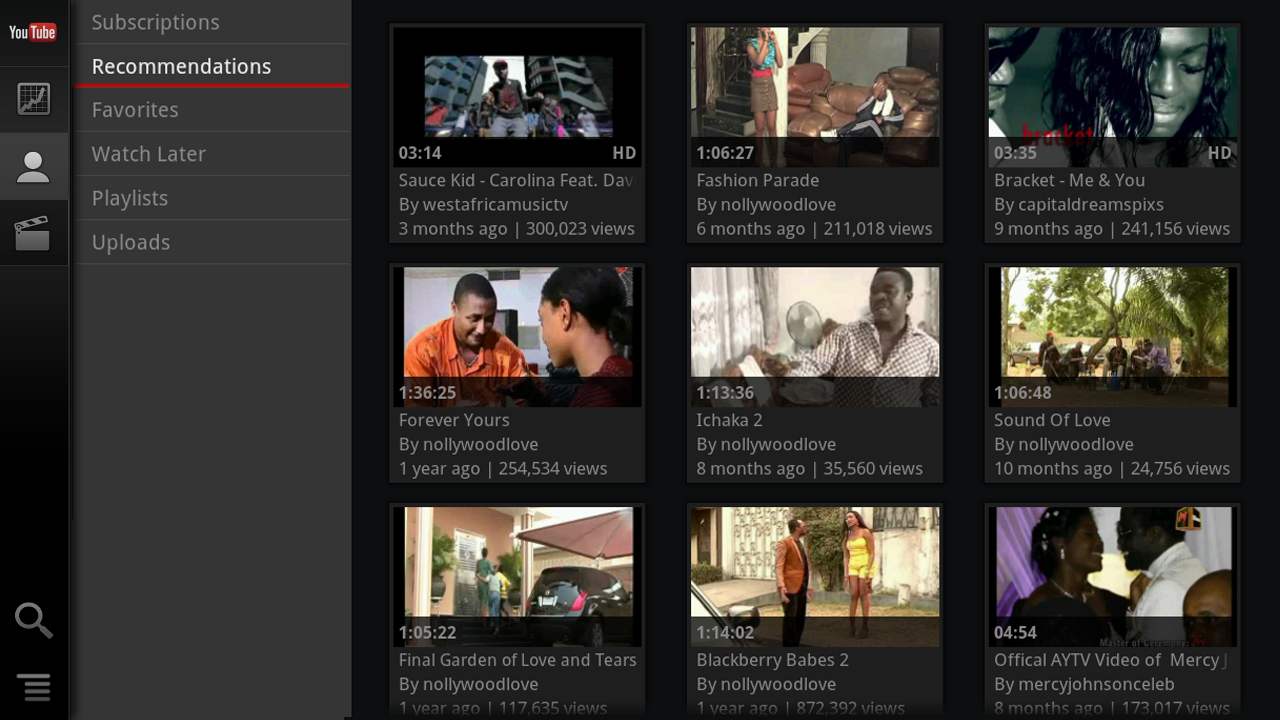