I am regularly reminded of the amazing innovation coming out of the Nordic region. Countries like Sweden, Finland and even tiny Denmark regularly punch above their weight, producing global companies like Spotify, Rovio, Tradeshift and Everbread. But there remains one country which seems bizarrely content not to engage nearly as much with the global tech scene, and that’s Norway.

There’s a huge irony here. The web browser Opera started out in 1994 as a research project within Telenor, Norway’s main telco. If they’d played it right we would be continuing to talk about Opera, rather than Chrome, Safari or Explorer these days. And there remains a few bright sparks on the horizon like the innovative Bipper, founded by Silje Vallestad. But take a look at the stats and they are disappointing.

NORWAY BY THE NUMBERS

There are only 42 companies listed on CrunchBase for Norway. Because of its global nature, CrunchBase is usually a good indication for how internationally active the startup are in a country. In Finlad there are 55, Sweden 131.

And despite a world-renowned education system, social support system and a great quality of life, Norway looks like it is losing the battle to join the global innovation race.

In February, a report titled “Norway scores poorly on innovation” news site E24 noted that Norway came out badly on an EU Commission overview of innovation and R&D.

Indeed, Norway ranked as achieving only moderate levels of innovation, and was in the same bracket as Greece, the Czech Republic, Spain, Italy, Portugal, Hungary, Malta and Slovakia.

The best rated EU countries turned out to be Sweden first, followed by Germany, Denmark and Finland – so most of Norways close neighbours. Sweden was only defeated by the non-EU countries of Switzerland, the USA, Japan and South Korea.

According to the EU Commission’s report, Norway had great human capital, good research systems, and “relatively” good access to capital and assistance to entrepreneurs. But, it said, there has been a sharp decline in investment in innovation. The report also found Norway was low on its investment in innovation, the number of new patents, new products and new services.

The report did not go into innovation in the field of oil and gas, where Norway usually does well. But that’s hardly the point. If Norway is to develop further its going to need more than just natural resources. 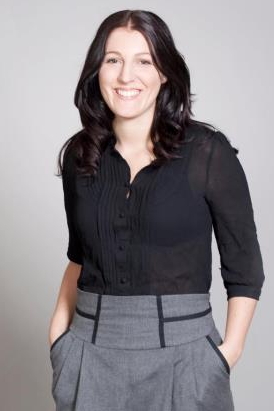 I spoke to a local entrepreneur who is frustrated with the situation.

Hanna Aase is a well known social media expert in Norway, founder of Toveis Media. However, she now plans to launch a tech startup called Wonderloop.

Wonderloop will be based on live interaction and is currently raising a $100,000 in seed funding. The idea is to increase someone’s chances of meeting the right person to do business with, combined with the integration of social networks. It’s a hot area right now, with Sean Parker backing the new Airtime project and a new startup called Runfaces suddenly getting traction in the US.

But Hanna’s quest for financial backing in Norway is a powerful indication of the lack of vision Norway’s funding bodies have.

She says she recently had her application for Wonderloop rejected by Innovation Norway – the government-backed fund – because, they said, it was “aiming too high”. It’s ironic because Innovation Norway’s slogan is “We give local ideas global opportunities” and they claim to look for unique business models.

“If you have a product in oil, shipping or natural resources then you’re good in Norway, anything else, forget it,” she tells me.

“There is little real angel funding culture in Norway. There are no well known incubation programs. Although I easily raised funding for a media company which had clients, there seems to be zero appetite for early stage technology companies which need funding to grow if they are to succeed.

“In Norway we like to invest in what’s already successful. The fear of failing here is huge even though you can’t predict in advance how a company will do. Norway is missing the boat compared to our neighbours in this field. And we hate being beaten by Sweden. The government knows what it must do and they have given Innovation Norway a lot of money, but it’s being controlled by people who have little knowledge of tech startups. The ‘senior advisor’ who reviewed my application is not even on Facebook. It’s like evaluating a new car model without ever driven one.

It appears Innovation Norway is not well connected to the international tech scene. They insisted the business plan for Wonderloop be submitted in Norwegian, even though it was written in English for international investors.

Hanna says the experience has put her off trying to raise capital in Norway.

“The result is that I’ll probably move. It’s basically as expensive for me to move to Oslo as it is to move to Silicon Valley. It pains me to leave what I think is one of the best countries in the world but I can’t stay in a country that does not believe in me.”

Aase’s story will no doubt chime with many European entrepreneurs who get let down by short-sighted government backed funds, which they must often turn to when private capital is so scarce outside of major centres like London, Paris or Berlin.

But it’s also an indication that Norway is losing the battle to take its place in the fast-paced Nordic tech scene. It didn’t need to be that way.

SIRI COULD HAVE BEEN NORWEGIAN. IT WASN’T.

Siri, the magical application in the iPhone that returns search results when you talk to it, could well have been built-in Norway.

Its creator, Day Kittlaus, is half Norwegian and half American. He held management positions in Telenor. But he eventually chose to move the US to create Siri with Adam Cheyer and Tom Gruber in 2007. Siri was famously a startup which Steve Jobs took a personal interest in and later bought for a rumoured $200m.

Siri is even said to be named after the famous Norwegian meteorologist and business woman Siri Kalvig.

But Siri did not end up being a Norwegian company, it was American.

Interviewed by e24, Kittlaus was asked what he thought Norway should do to become a technological superpower?

He replied that the government should take some of its oil wealth and invest in a cluster near Oslo airport and fund basic research that companies could commercialise.

“The state would recover all their money many times over,” he said.

The question is, is anyone at Innovation Norway listening?

Out of a total population in Norway of 5 million, the workforce is 2.62 million. The welfare system in Norway is so strong, that 616,000 people get welfare payments (sickness,
disability etc) and 19 % of the population of active working age is now partially
or completely unable to work [source].

Plus, a very high taxation regime does not encourage taking risks – why spend years on education or a risky tech startup when you can be carpenter and have a guaranteed job and about the same salary as a software developer?