Pinterest has been on a hot streak this year. Or should we say hype streak?

In February, comScore reported that the site had passed 10 million monthly unique users faster than any standalone site ever. Then we started to hear from sources on Sand Hill that the company has attracted interest at a $1 billion valuation. But numbers from third-party sources like Facebook app tracking service, AppData, are pinning a slightly different picture on the image and link-sharing site.

Pinterest’s monthly active users on Facebook — or the number that has connected to Facebook over the past thirty days — have dropped to 8.3 million, from around 12.2 million a month ago when the site did a major redesign. Daily Active Users are also down but not by as much: on April 21 they were 930,000, from 1.1 million on March 22.

The highest-ever number of DAUs on Pinterest was on March 18, when the site had 4.4 million unique visitors, according to AppData. That’s two days after Pinterest did a redesign that evidently irked many users. 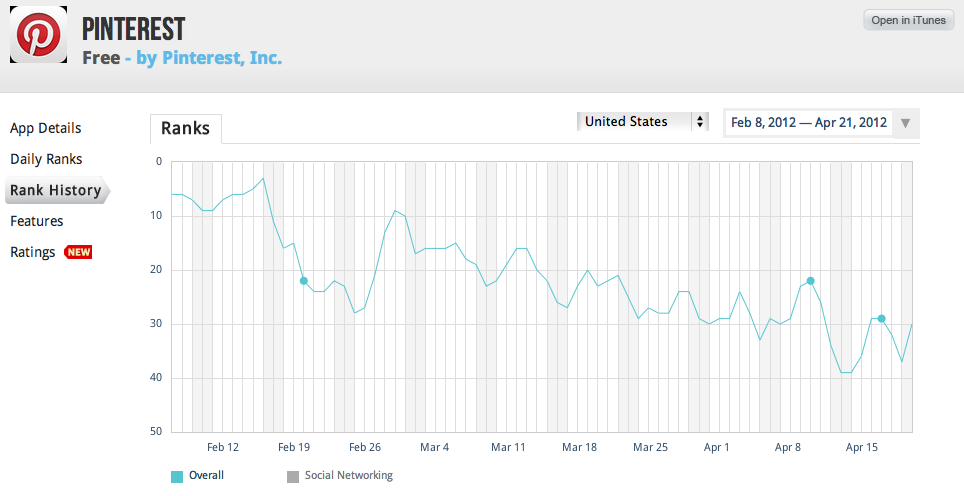 Figures from Compete note that Pinterest had over 18 million unique visitors in March but that growth appears to be slowing. 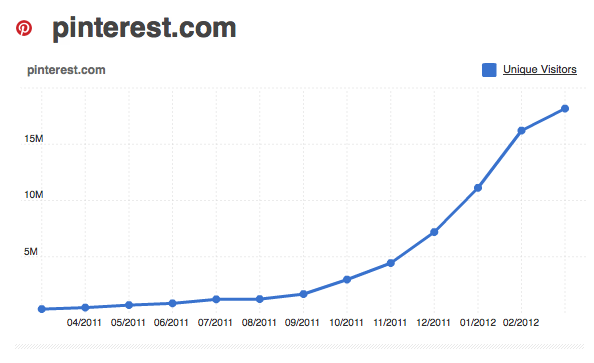 Google search trends also shows some cooling in queries for the word “pinterest.” 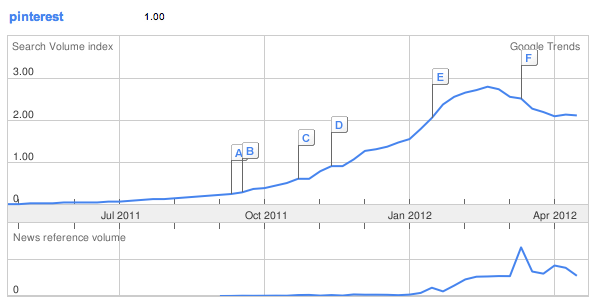 Now all of these data sources are flawed in their own way. They’re not perfect. AppData only shows users connected to Facebook and Pinterest accounts may only touch the Facebook platform when users sign-up or post something to the social network. So it’s more of a proxy for sign-ups than a good barometer of daily engagement. Then Compete is often inaccurate in terms of raw numbers. Then Google search trends just shows the number of people looking for Pinterest, not the number of Pinterest users.

But taken together, they do paint a portrait of a site that is cooling.

1) The redesign really did turn users off.

2) There was an iPhone app update that apparently gave some users trouble while logging in through Facebook. Another update apparently fixed it three days ago on April 18.

3) The drop in active users may simply be a correction for the some of the meteoric rise in attention that we’ve seen for the site: that is, people propelled by all the coverage Pinterest has gotten who have registered in the last couple of months, but who aren’t actually using it much, if at all.

There is also that issue of spam and copyright questions: two no-nos for the mostly-over-36, female audience that uses the site. We have reached out to Pinterest for a comment on these numbers and will update with its response.