With today’s rollout of college collaboration tool “Groups For Schools”, Facebook gets nostalgic for Zuck’s Wirehog and lets students share un-copyrighted files up to 25mb. Soon all U.S. colleges and then those around the world will be able to create groups for dorms, classes, and clubs that can only be joined by people with that school’s “.edu” email address. The idea is that you’ll share more nerdy or racy content if it’ll only reach your classmates.

We broke the news in December of Facebook first testing Groups For Schools at Brown and Vanderbilt, but it’s made several tweaks, including easier messaging between classmates and a better-converting onboarding flow that shows your friends who are already signed up and auto-creates groups for your dorm, clubs and more. If Facebook gets serious about file sharing it could become a dangerous competitor to Dropbox. 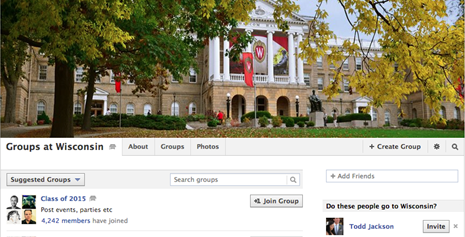 A few details on the new file sharing capability. Groups For Schools users can click an “Upload File” button above the news feed. It accepts files up to 25mb in size, but no .exe files are permitted to prevent malicious programs from going viral. Other students can download the files straight from the news feed. To avoid legal issues, Facebook monitors for and disallows copyrighted files, so this won’t become your new source for MP3s and pirated movies, and leaves a somewhat sketchy gap for Dropbox to fill.

Facebook CEO Mark Zuckerberg’s pre-Facebook project was a peer-to-peer file sharing service called Wirehog, but it didn’t have such protections. It was part of Facebook until early 2006 when Sean Parker “put a bullet in that thing” to prevent Facebook from getting shut down for copyright infringement the way his previous company Napster did. Now Facebook will surely be watching to see if file sharing is a hit, and could roll it out to all users or look to acquire someone in the space if people love it. Dropbox might be a bit big, but a small tech + talent acquisition could go down. Facebook already has what it needs, though, as it bought file sharing service Drop.io in 2010, along with its founder Sam Lessin who went on to create Timeline. 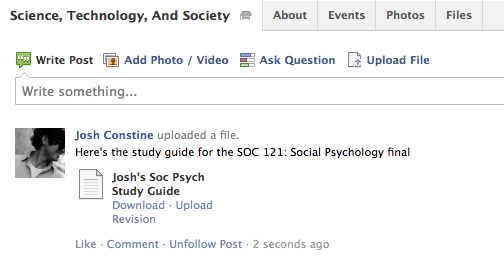 Facebook has saturated much of the market for college students. So if it can’t get more users in this key demographic, it wants them to engage more. Back when I joined Facebook at Stanford in early 2004, people felt like they could share anything because it would only be seen by others at our school or the few others allowed on the service. You could also list your specific courses on your profile, which was a great way to find and friend people you met in class. With time, though, Facebook opened to all schools, and then everyone, students got worried about discussing parties or nerdy physics homework, and Facebook lost some of this engagement. 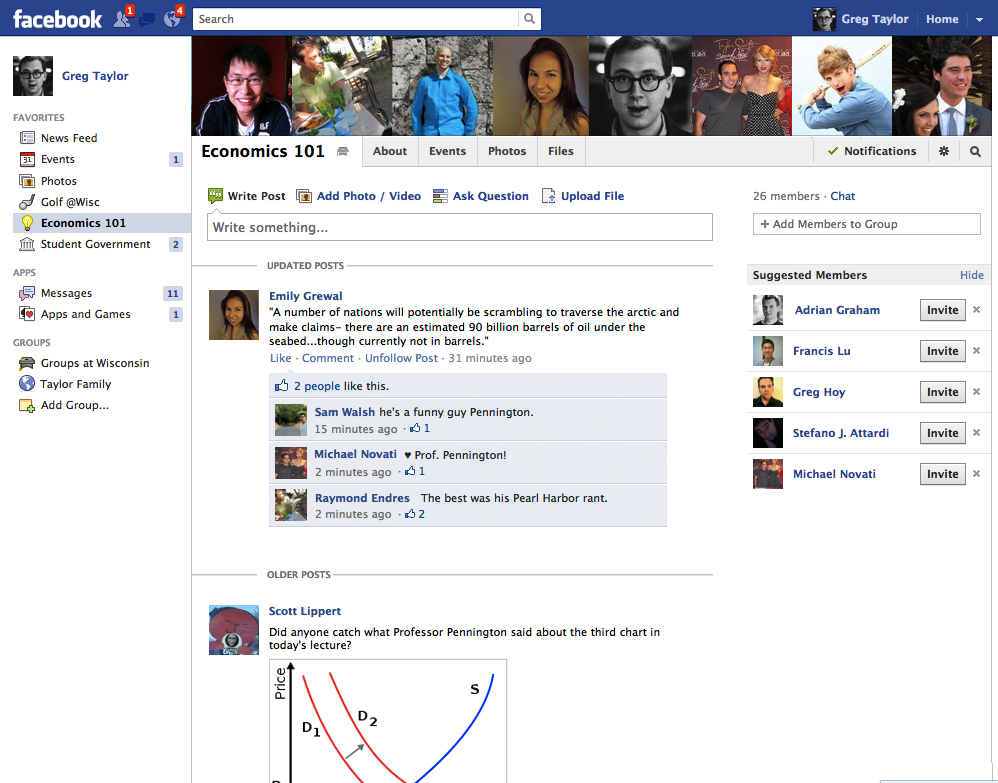 Groups For Schools could emulate this now-lost safe haven. Anything you post within the Groups For Schools section for your college can only be seen by other students who’ve authenticated through their .edu email address. That means no worries about parents, young siblings, or potential recruiters seeing your drunken frat party photos. It will also spare your friends back home from geeky news feed stories about you looking for people to study with. Students who want access when Groups For Schools reaches their university can sign up here.

This all follows a trend Facebook has been trying to foster: share more with fewer people. That’s why it created Smart Friend lists, put privacy controls into the news feed publisher, and launched the standard Groups feature for everyone. The same way that Facebook started by rolling out to colleges, then companies, Groups For Businesses could be on the way. That means companies like Yammer and products like Google Docs better study up, because Facebook’s social graph-equipped Groups could put them to the test.