The world of portable, general-purpose computing is moving along two parallel paths. First, and most popularly, you have devices like smartphones, which are focused on user interaction and connectivity, but are smart enough to be the “brain” for any number of more capable devices. Then there are purpose-built devices with one or a few specific functions: a high-precision range finder, or a pollutant detector, or a simple laser level.

But in the middle somewhere, and perhaps a bit into the future, you have a middle way: the tricorder. Some might consider it the best of both worlds; some, the worst. But whether it’s the one or the other, tricorders are getting more real by the day. The Tricorder Project is just one among many, but the idea is sound and hell, the device even works.

There are initiatives to create such devices already; there’s the Tricorder X-Prize, sponsored by Qualcomm, which hopes to create a handheld device capable of “capturing key health metrics and diagnosing a set of 15 diseases.” And we wrote a while back about a device that can check pulse and temperature from a distance using lasers. 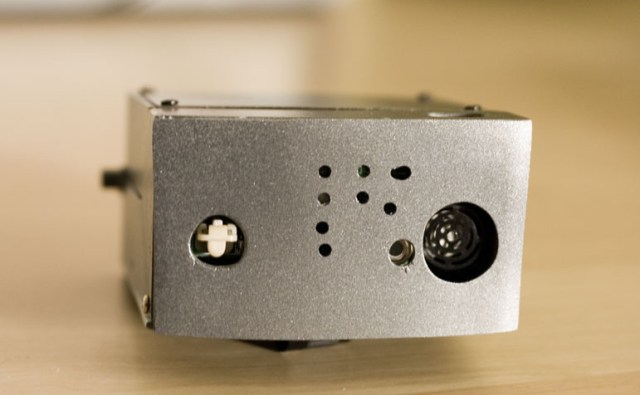 This particular project, though, began by Peter Jansen when he was a PhD candidate at McMasters University, isn’t about health care but rather science. Jansen is passionate about the invisible world of magnetism, radiation, temperature, and other things all around us, and wanted to build a single tool that could measure all of these things — while remaining usable and compact. In other words, the kind of thing you’d want to send down with an away team in Star Trek. Jansen explains:

The idea is really to have something that’s useful both for a young student first being introduced to science, as well as being standard equipment for future planetary explorers. I think the difference here, and how that’s possible, is with an open source design philosophy. By having an open device folks can easily write apps that use and interface to the onboard sensor hardware. For kids, one might load up a software suite based on the OLPC suite and Alan Kay’s squeak e-toys, which is a great tool for teaching computer science concepts to even very young kids in a fun and intuitive way.

The Mark II device has sensors for temperature (atmospheric and spot/IR), magnetism (3-axis magnetometer), distance (ultrasonic), GPS, pressure, color and brightness, and a few other things. it’s easy to think of numerous other measures it could add (non-visible radiation, pH, air and soil quality, auditory measurements) but as it is, it already acts as a powerful extension to our existing senses. It displays the info on two OLED touchscreens and folds up to fit in a pocket. And of course, it runs Linux. 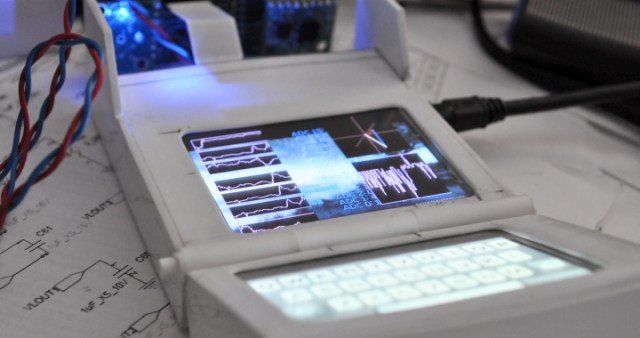 The obvious question many readers will ask is: why not do this on an iPhone? The reasons are both technical and philosophical. I asked Jansen about this.

The main issues with this approach are standards and openness for connecting external devices. It’s challenging to design a device that will connect to some large subset of smartphones, and some manufactures (like Apple) complicate the process with proprietary interfaces.

For kids and science education, which is a large part of the mission of the Tricorder project, I think having an extremely inexpensive standalone device is still a very good way to go. The One Laptop per Child (OLPC) and new Raspberry Pi have shown us that extremely sophisticated devices for learning can be produced inexpensively.

The device at the top of the article is the Mark I; above is the Mark II with its improved casing, and a Mark III that was more modular ended up being scrapped. The Mark IV, Jansen says, has a focus in imaging and visualization — something that’s important for people who may not have an intuitive understanding of numbers and histograms. He hopes to include thermal imaging on it, among other things. 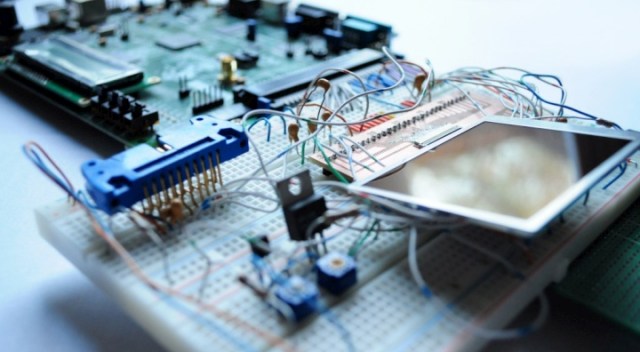 The most important thing, perhaps, is the price. Keeping the cost down is the only way to even create the possibility of widespread use. Jansen hopes to bring the cost of the device down to around $200, and he has tried as much as possible to stay with off-the-shelf sensors and parts to control the cost. And as the software and blueprints are totally open and free, the device can be built by anyone with the resources to do so (which is to say, soldering and board-building skills as well as the money). But ideally, manufacturing would be democratized as well, and allow for home fabrication of the casing and perhaps pre-assembly of the more difficult parts of the device.

Is the tricorder class of device something that we’ll be seeing more of or less of as time goes on? In a way it’s an uncomfortable compromise between the elegance of a single-purpose device and the versatility of a smartphone. But it’s also something different, purpose-built, powerful. The end game seems to favor modularity, but at the same time, there are many people and organizations that would love to have a few of these things lying around. Whatever the future holds for this sort of thing, the Tricorder Project is both admirable and impressive. You can learn more, or check out the specs and build instructions, over at the project’s page.