Here’s a crazy turn of events: Zynga no longer has the biggest game on Facebook by daily active users.

OMGPOP, the New York-based casual gaming company that has had a huge comeback in the last month, now has the top spot for daily usage with its Pictionary-like game Draw Something.

In the last couple of days, Draw Something just edged past Zynga’s Words With Friends to take the top spot for a game in terms of users on the AppData leaderboard, which is a tracking service for apps on the Facebook platform. Draw Something now has 10.8 million daily users who are logged in through Facebook, compared to Words With Friends, which has 8.6 million daily active users. (If you look at monthly usage, the picture is different with Zynga’s CityVille and Texas Holdem Poker on top. But game developers tend to focus on daily usage since it often correlates better with monetization.) The company told us a few days ago that it had just passed 25 million registered users and popped above 10 million daily active users a week ago.

This is a huge turnaround for the New York-based company, which had struggled to find a massive hit on its own destination site and then on Facebook. While OMGPOP chief executive Dan Porter has told me that he is heads down on building the game, there are many options on the table right now from continuing along, to taking more funding or talking with prospective buyers. (Choose wisely!)

It’s also a sign of changing times as the biggest games on Facebook by daily usage like Words With Friends and Draw Something are now played largely on mobile devices. This does not bode well for Facebook’s future gaming or platform revenues since it can’t earn a share of transactions in native iOS or Android games. Facebook even revised its policy a few weeks ago, saying that mobile web apps running inside a Facebook iOS app may only use iOS payment methods and may not reference or encourage Facebook Credits.

Despite OMGPOP’s comeback, there’s one very important thing to keep in mind. What’s up one day, goes down the next. This is a hits driven business and there is usually one developer every month or so that has their moment in the limelight. NimbleBit’s Tiny Tower, which was Apple’s Game of the Year, is now 50th on the top grossing charts behind Zynga’s very similar game Dream Heights, which is 19th. Pocket Gems, which had the top grossing iOS game of last year and had two games in the top 5 grossing for awhile last year, now sits at 37th place with Tap Pet Hotel.

Because of this reality, valuations for mobile gaming companies have corrected over the last six months, based on conversations I’ve had with several venture investors at the top-tier firms in the Valley. While there was talk of a $1 billion valuation for companies like Rovio and Storm8 last year, those deals didn’t happen. (They might happen this year. Who knows?) But in general, I’m hearing that the valuations later-stage mobile gaming companies are asking for have fallen since last summer. 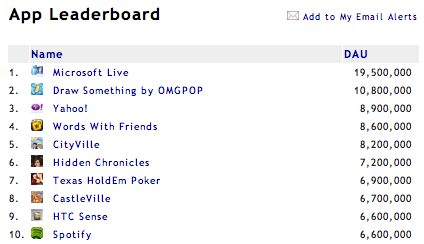 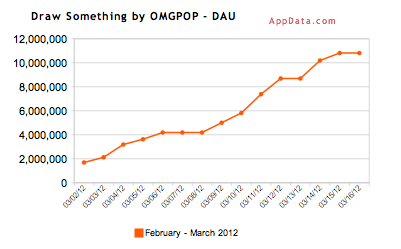 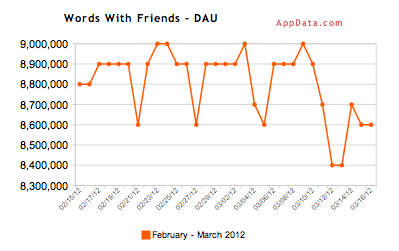