I have a love/hate relationship with CrunchBase. On the one hand, it has great information about startup tech companies. On the other hand, it relies on a wiki-like structure which means it is sometimes not updated as frequently or as accurately as old-style databases which used to employ people go over the data regularly. However, its wikiness means it can be free – pretty useful for the entrepreneur! Perhaps the real unsung hero of CrunchBase is its API which means third party developers can whip up new things with the data. The latest is SeedTable, a new project from Imran Ghory, a founder of CoderStack.

Ghory has built a brand new interface to CrunchBase which exposes a few things CrunchBase itself can’t right now due to the limitation of its interface. And it really is very good. A quick tip: start typing in the name of a city in the search box.

“I wanted to see how London was doing compared to other cities in terms of startups,” Ghory told me. In building SeedTable he realised it was also really useful for discovery, thus you could click London, then Consumer Web, then see who had backed those companies.

So we can now see the ‘Most Active Cities’ (in the last 12 Months) in terms of startup funding are San Francisco, New York and London. However, there are separate figures for Palo Alto and Mountain View, which suggests Silicon Valley remains head and shoulders above the rest overall. 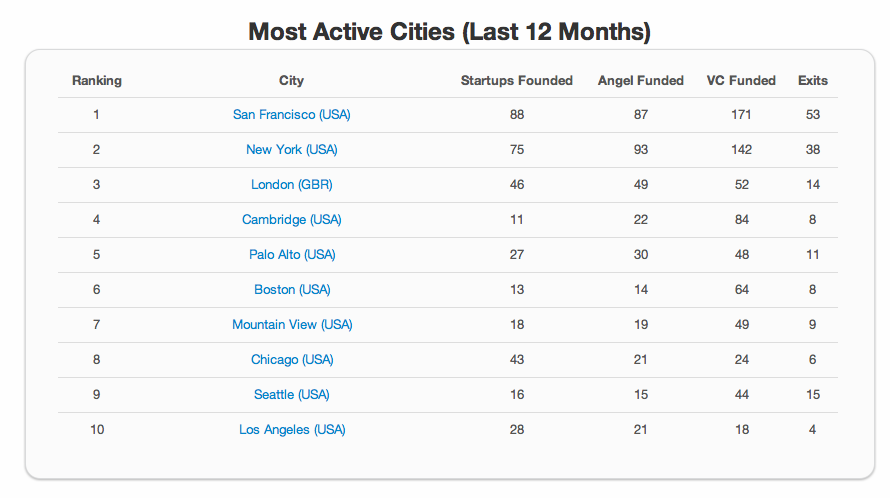 Drilling down to a city, say London, we can see historic trends such as a big hump when many companies were founded in 2008-2011, and we can see VC, Angel and Exits tacking upwards. 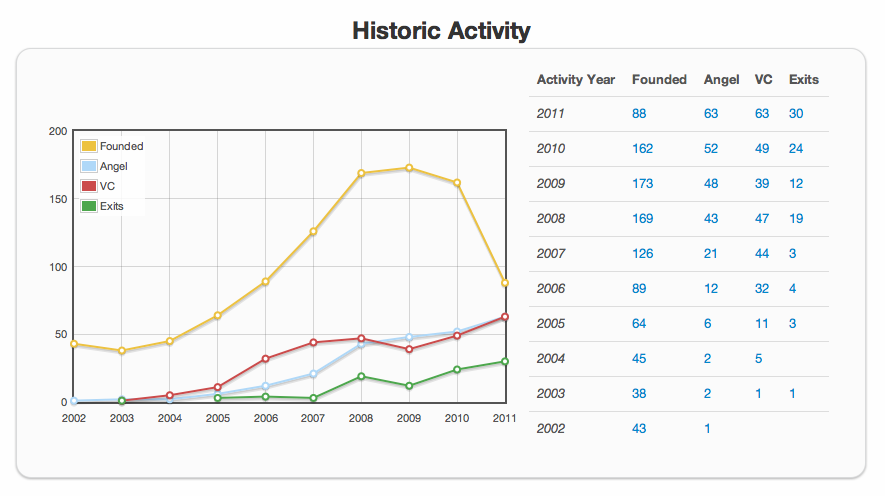 One anomaly Ghory found was that companies often only add themselves to CrunchBase after they have funding, which throws their founding data out of whack. If people just entered super-accurate information, and did it early, we’d see better data. (Anyone can add anything to CrunchBase).

Of course, this only relies on CrunchBase, which needs to be maintained and updated.

When you get to places like Istanbul, CrunchBase starts to show its gaps, with far less data available, even though it’s clear the city is in a tech boom. At least the upward graph is there on founded companies.

SeedTable is an example of data being made a great deal more useful via interface. I can see myself using it almost as much as CrunchBase.