Yesterday, Google announced the launch of Google Play, a rebranded Android Market which consolidates all of Google’s media offerings, including apps, music, movies and e-books, into one portal. But it appears that Google’s ambitions to create its own iTunes-like experience won’t stop there. In the Help Center for the new Google Play, empty pages titled “Audio Books” as well as “Magazines and journals” have appeared, hinting at Google’s plans into its future content offerings.

The Audio Books page was first spotted by unofficial Google news site Google Operating System, which also discovered two genres for audiobooks listed on the site (“audio books” and “audiobooks”). However, because of the duplicated spellings, this last bit is not as telling as the placeholder page in the Google Help Center. It could be that the genres are automatically generated, the blog speculates.

It wouldn’t be surprising for Google to move into audiobooks, though, an obvious complement to their current offerings, as well as into magazines, newspapers, catalogs, educational content, TV shows, and everything else that Apple is doing now within its iTunes universe. If anything, the rebranding effort with the Android Market (as much as we may hate it), seems to speak to a desire for it to be seen as a more robust, richer offering than “just” an app store.

Google is also developing a consumer-facing experience for organizing purchased e-books at the home of its former online ebookstore, an Amazon-like shopping portal found at books.google.com/books. To be clear, that’s a separate storefront from its books search engine books.google.com (which also now points to Google Play). The stalled effort at creating a home for users’ purchased ebooks now has a second chance, complete with a library of books on Google Play, including a few pre-loaded classics like Great Expectations and Pride and Prejudice. Audiobooks would fit in well here, if Google moved in that direction. 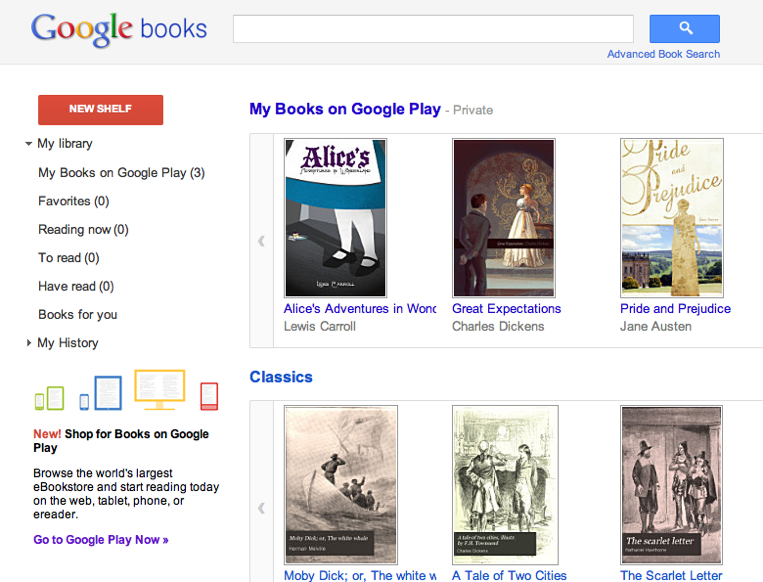 Also of note, there are magazines available in this ebooks portal too, but not in the Google Play store. It’s clearly only a matter of time before the two sites (Play and Books) are even further merged making those magazines easy to find and purchase using the revamped Android Market…err…Google Play service. After all, if you have ’em, promote ’em. 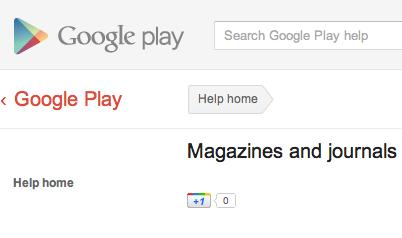