PlayMob, whose product GiverBoard lets charities fundraise via a clever in-game micro-payment mechanic, has secured £500,000 ($787,000) funding from NESTA and Midven alongside angel investors. The team will now expand from 8 to 13 and the product gets a decent shot in the arm.

Founded in 2007, Playmob’s GiverBoard lets charities fundraise by allowing players of social games to buy virtual items linked to a charity. The ideal scenario is that a tractor bought in FarmVille could be linked to a charity which plants crops in Zambia. In a test campaign, a Thanksgiving charity campaign in November 2011 where virtual food hats bought meals for homeless children and families in New York. So it clearly works. But it gets better.

There’s an incentive for game developers to use GiverBoard as well: it makes them look better in the eyes of the users (charity etc) but more significantly, as CEO and founder Jude Ower points out, players get the instant gratification of doing good while buying their virtual goods.

And as we pointed out last year the idea also entices users to get used to the idea of paying for virtual goods by donating to charity. Once they’ve done that they are more inclined to pay for normal goods, thus giving the game an uplift in revenues. When Zynga sold ‘Sweet seeds’ for the Haiti earthquake disaster 80 percent of givers were non-paying players. So GiverBoard educates players into playing more often and get them hooked. It’s a charity Trojan horse!

Furthermore, charities can reduce the costs of fundraising while increasing engagement by getting in front of mass audiences online, while getting a more sustainable ‘Little and often’ income stream rather than the unsustainable big campaign approach.

Developers can nominate a virtual good within their game they wish to donate a percentage (minimum 50 percent) to a charity and select which cause or specific charity they wish to promote. Developers give 50 percent of the revenue from the purchase of the virtual good to the associated charity. PlayMob charges a flat fee of 10 percent.

The Charity then selects which types of games and objects they wish to be matched with. Brands can also pick up a sponsor package to support a charity. PlayMob makes extra revenue from providing analytics on the effectiveness of the goods.

Essentially it’s a game layer on top of games to allow payment for everything. Smart, huh. 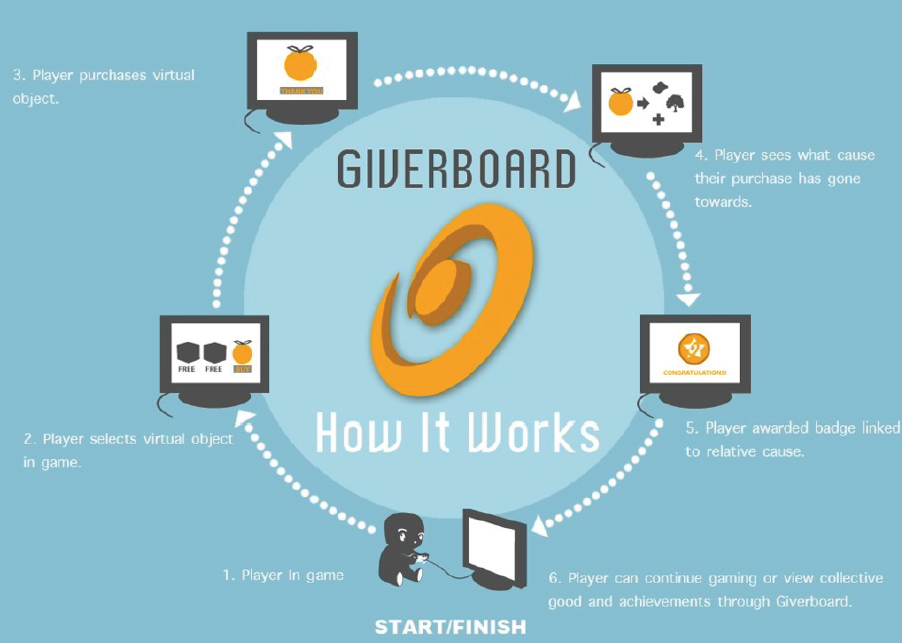