EmployInsight, a web-based platform for measuring and quantifying employees’ “soft skills” in the workplace, has raised $1 million+ from Founder Collective, Launch Capital, Sean Glass, Phil Bronner, Jarrod Yuster, David Cohen, Gus Fuldner and other angels, the company is announcing today. The startup is also revealing one of its first enterprise clients, and it’s a big one: the New York Stock Exchange is up-and-running on EmployInsight’s first product, a hiring application called HireInsight.

Sean Glass, co-founder and CEO of EmployInsight, is the lead investor in this round, but he notes that the majority of the employees are investors as well. “Everybody really believes in what we’re working on,” says Glass regarding the employee/investor situation.

Investing in startups isn’t new for Glass, however, as he’s also partner with Novak Biddle Venture Partners. Building companies isn’t new for him either – he co-founded an online financial services firm, Higher One, which went public back in 2010. He later worked on the social gaming business Pikum.

With EmployInsight, though, he’s returning to his roots – specifically his master’s work in Applied Positive Psychology.

“I’ve always been interested in this idea of ‘how do you help people do well in their jobs?’,” explains Glass. “There’s that classic VC line: ‘we’d rather back an A team with a B idea than a B team with an A idea.’ And I’d always ask, how do you know it’s an A team?”

VC’s would often tell him, “well, I know it when I see it.” (It’s just like the pornography answer!) 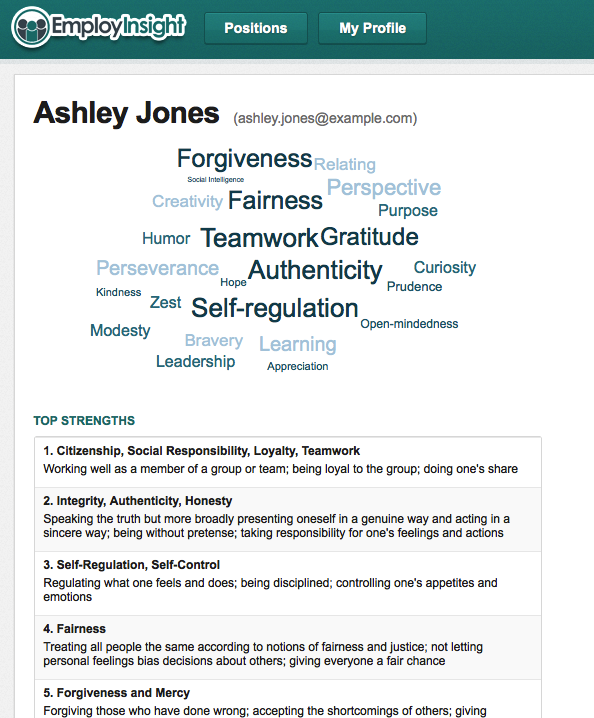 But that wasn’t good enough for Glass, especially with his knowledge of psychology and his understanding of the potential for collecting and analyzing data around people’s soft resources, like their “emotional intelligence.” Certain people have strengths in some areas of emotional intelligence, but are lacking in others, Glass explains. Their ability to read emotions in others, for example, may be better than their ability to understand their own emotions, or the impact of emotions on others.

With Applied Positive Psychology (which happens to be the non-disease branch of the field), it’s all about understanding performance, well-being, happiness, communication, decision-making, etc. The idea is that you should be able to measure someone’s personality to uncover what kind of person they are: are they a leader? Curious? Self-regulated? Etc., etc.

Using EmployInsight‘s products, employees and potential employees can be measured to determine where their personalities fit in with the work involved. With HireInsight, the company’s first product, the focus is on measuring interview candidates.

“If I’m hiring for a software developer, I’ll get a lot of resumes,” Glass explains. “If I say I’m hiring a Python developer, I’m able to narrow it down. If I’m able to say, I want a Python developer who has experience with the Django framework, I’ve tightened my criteria more,” he says. “We started thinking about whether we could help people create profiles for these softer resources they bring.”

Although some employers use personality assessments during hiring today, Glass says they won’t get great results because they don’t define what they’re looking for from the outset. With EmployInsight’s product, however, a company can build a specific profile for a specific job. To do so, multiple people define what sort of strengths are needed for the position through a collaborative process, then that profile is used to vet job candidates.

The results include profile assessments (which are also shared with the test takers), a ranking of the candidates against the profile (for the employers’ use), and even a behavioral interview guide based on the data for both the job and the employee in question. 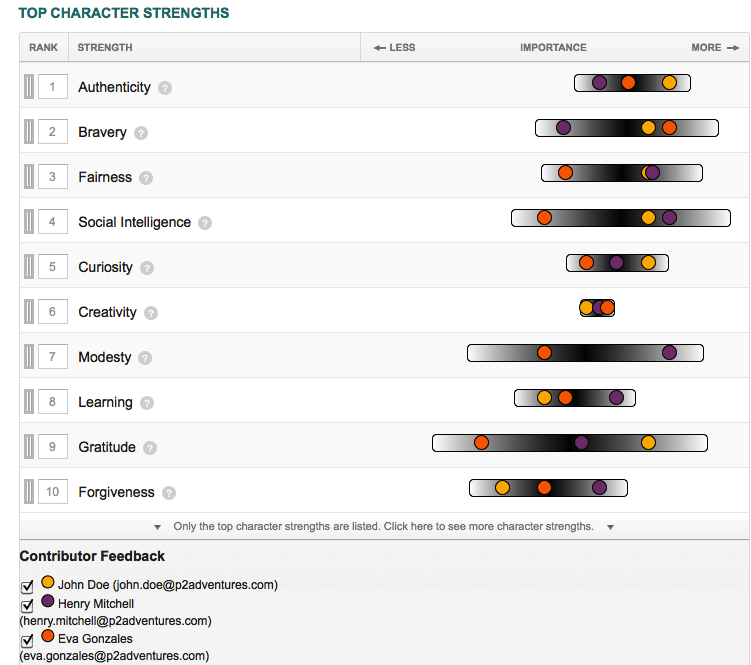 HireInsight, which launched last week, is already being used by the NYSE, as noted above, as well as nearly a dozen other organizations, the smallest with some 50 employees, and the largest with over 10,000. A self-serve platform for smaller businesses is also in the works, as is an API.

While the hiring product was the initial idea for the year-old startup, when the team started talking to employers, they realized there was also a need for measurement that wasn’t limited to the hiring process alone. Companies were also interested in the data for building project teams, assessing performance, and other things. These features will come later on, starting with a product called Strengths360. And eventually, there will be a suite of products under the EmployInsight brand.

At the end of the day, says Glass, “if it’s an organization that says they value their people, and they want their employees to like working there, then there’s an interest in what we’re doing.”

More info is on EmployInsight’s website here. And although it’s aimed at larger organizations, the company is giving out 50 free trials to the product which will allow customers to test HireInsight for two positions. To access the giveaway, click here: http://employinsight.com/techcrunch.