Upstart photo-sharing service 500px is bringing some significant changes to the site that should be going live right now (although they’re being hammered, so be patient). The site was already one of the frontrunners as far as design and user uptake, and these new features should help that right along.

There’s a new curated and social photo stream called “Flow” and a new layout for photo sets that can, like the excellent The Big Picture (or In Focus, of course), be used to tell a story. And perhaps most significantly, they’ve added a full-on market, allowing people to buy and sell photos digitally or in print. 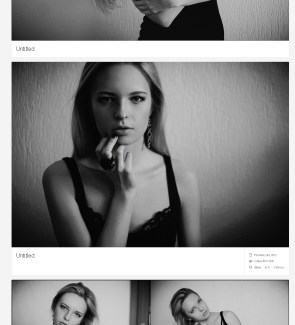 Flow is an all-in-one, endlessly-scrolling stream of photos and activity from your friends, mixed with curated and popular content. Presumably this will be the new default for discovery, as opposed to drilling down automatically to “Editor’s Choice” or the like.

The Stories platform (right, difficult to capture) is a personal request from the CEO that users will be able to take advantage of: it’s a way to show off photos in sequence that you might otherwise not want to share or promote. Say you have a great shot that took a lot of setup and you had to hike a few miles in to get. You can just show off (and now sell) that fabulous landscape shot you took, but if you want to tell the story of how you got it, you can use the Stories layout so you don’t pollute your stream with pictures of deer and ferns and such. It’s an update to the existing blog functionality.

Last, the Market. Only judgment by the users will be able to show whether 500px has gotten this right, but the company seems to have a knack for design and interface, and clearly cares a lot about image quality. You’ll be able to order prints direct from the site, but right now you’ll only be able to buy digital copies for personal use. This likely has to do with the difficulties of providing and managing various kinds of commercial licenses internationally, but they say that piece is coming soon. There’s hardly anything in the market except for the CEO’s stuff right now, so it’s hard to tell what the size and price range will be. 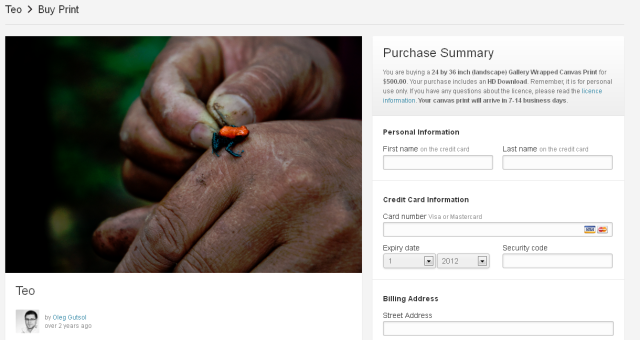 These changes come right on the heels of some proposed changes to 500px’s venerable competitor, Flickr; they too are revamping their photo stream, and updating the upload process as well. It seems that with so many new and interesting services out there, a refresh now and then is needed in order to keep people interested.