Silicon Valley thrives on change. At TechCrunch, we chronicle change, honor it, and, lately, we’ve been living it. As we rebuild TechCrunch, it’s the talent of our writers that sets us apart. We are adding two new names to the editorial staff, saying goodbye to some colleagues, and promoting from within. First, the new hires: Ingrid Lunden starts today as a TechCrunch writer and Colleen Taylor will soon join us as our TechCrunch TV reporter.

Lunden is an American writer living in London. She was most recently at PaidContent, which was just bought by GigaOm. In fact, the GigaOm deal went down the same day Lunden signed on with us. I can tell you that made for interesting negotiations. Lunden will be covering mobile, digital media, and breaking tech news. And, of course, she will be covering European startups and tech companies, along with our TechCrunch Europe editor Mike Butcher, who continues to do a great job as the Euro specialist. She is very aggressive when it comes to breaking stories, which is why I know she will do great here at TechCrunch.  I will let her introduce herself in her own post. 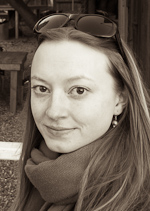 Our second hire is Colleen Taylor, who will join us as our dedicated TechCrunch TV reporter. One of our big thrusts over the past year has been TechCrunch TV, and now Colleen will help us broaden our video coverage. Currently a reporter at GigaOm, Colleen is a rising star and a skilled interviewer (read her recent interviews with Marc Andreessen on Silicon Valley startups and Tim O’Reilly on fighting SOPA). Before GigaOm, Colleen was an M&A reporter for Mergermarket, a Financial Times publication, and graduated from Columbia University.

At TechCrunch, Colleen will still be writing, but developing new kinds of posts which incorporate both text and video. We’ve been looking for a long time for someone with the combined skills to fill this role, and become the familiar face of TCTV.

Just as Lunden steps into her new shoes at TechCrunch, one of our other writers based in Europe, Robin Wauters, is leaving after more than three years and 3,700 posts. Robin will become the European Editor of The Next Web (read his post). Fittingly enough, the first time I met Robin was at a Next Web conference in Amsterdam years ago (he started out there as a contributor).

When I tell people that Robin lives in Belgium, they are always surprised because he breaks so much U.S. tech news. In blogging, speed is half the battle, and Robin is one of the fastest bloggers I know. But he is also deeply entrenched in the European startup scene (he even ran his own European startup conference, Plugg). The Next Web is a natural next step for him.

While I don’t relish competing with him or any of the other recent TechCrunch departees, like mobile editor Greg Kumparak who last week joined Sarah Lacy at PandoDaily, the competition will make us better. It always does. The fact is that TechCrunch writers are in high demand elsewhere for a very good reason—because they are very good.

As long as we keep building TechCrunch and don’t lose our focus on startups and the tech community, we’ll do better also. I truly believe that.  Technology is touching every part of the planet. As it transforms new industries, our team of writers will be there to cover them. We’ve added some amazing new writers recently like Eric Eldon, Josh Constine, and Anthony Ha. And more are on the way.

There is one final change I’d like to talk about. TechCrunch has always prided itself on being a flat organization with no real editors other than Michael and myself. That was fine when there were six writers, but now that there are 15, it is time for some organization. In our San Francisco headquarters, Alexia Tsotsis and Eric Eldon will become senior editors leading our coverage of Silicon Valley. Veteran writer Leena Rao will also become a senior editor, focusing on covering social commerce, venture capital, and the enterprise more deeply. And Matt Burns will take charge as our new mobile editor (he’s already rethought the way we do gadget reviews with more in-depth video).

Yes, TechCrunch is changing. But with change, comes opportunity.