“Q4 once again exceeded our expectations for member engagement and business growth. It was a fitting end to a memorable year in which we reinforced our position as the pre-eminent professional network on the web,” said Jeff Weiner, CEO of LinkedIn in a release. “We believe continued focus on our members and technology infrastructure positions us well for accelerated product innovation in 2012.”

LinkedIn is now adding two new members every second, and just hit 150 million members (up from 135 million last November) in over 200 countries and territories.

LinkedIn is past the excitement of the public offering and now coming into its own as a public company. As Weiner recently told TechCrunch, “The event itself was memorable, but for us it was really just a stepping stone.” The fourth quarter was relatively quiet with regard to new products compared to past quarters. The network debuted a new version of business card organizer CardMuch (which they acquired in early 2011), and updated Groups with new functionality.

LinkedIn also announced Talent Pipeline, a new product that allows recruiters and hiring managers to manage, track, and stay in touch with active and passive candidates, regardless of source. Talent Pipeline is currently in pilot testing phase with select Hiring Solutions customers, according to the company.

Of course, that doesn’t mean that LinkedIn is slowing down. We hear there’s much more in store for the company for 2012, especially in mobile. Steve Sordello, CFO of LinkedIn, said in the release that the company will “continue to invest in our product, engineering, and sales infrastructure to capitalize on our long-term opportunity” in 2012. It will also be interesting to see how acquisitive LinkedIn is in the coming year. The company just picked up contact manager Rapportive for $15 million.

Here are our notes from the earnings call:

Weiner said that member engagement was at record levels in 2011, and the site passed the 150 million milestone. Member page views grew 77 percent in the fourth quarter and unique member visits to LinkedIn in Q4 grew 67% year over year. 60 percent of LinkedIn members are located outside of the U.S. Mobile account for 15 percent of total visits to the site.

He says there are more than 50,000 developers using LinkedIn APIs to help build and power the professional Web.

In terms of future product strategy, LinkedIn’s approach will focus on simplicity, and we can “expect refreshes of pillar products.” Membership growth is another area the where LinkedIn will focus. And the company will invest in mobile, which Weiner says is the company’s fastest growing service.

LinkedIn ended the year with more than 2,000 employees. In 2012, LinkedIn will be ramping up hiring at the university and college level.

Sordello adds that one-third of members visited LinkedIn during the quarter. The company also added 1,900 enterprises to its premium products client base in 2011.

Q: Jeff-when you think 2-3 three years out what do you see as the future for offering a SaaS platform for recruiting or an ad network, while leveraging data?

A: Our current recruiting process currently already leverages data and is a SaaS product. In terms of marketing solutions, we see similar benefits. Data is one of the most valuable assets for the company. LinkedIn today is doing very well, and 300,000 publishers have the LinkedIn share button on their sites.

Q: How do you monetize mobile?

A: We’re focused on product for now, we’re going to start to run some tests with regard to advertising and marketing in mobile platforms.

Q: Other companies in the hiring space have seen softness in some verticals like finance; can you comment on this? Also can you elaborate on your student growth as well?

A: We haven’t seen any weakness in a particular vertical. The student demographic is our fastest growing demographic. We’re also increasing outreach to university career centers.

Q: Can you talk about hiring solutions internationally?

A: Europe is a year to two behind the U.S. in terms of penetration and Asia is probably 2-3 years behind.

Q: Who are some of your largest hiring solutions companies?

Q: Can you give us additional color on mobile traction? Tablet vs. smartphone vs. iPhone. vs. Android?

A: We announced that CardMuch has generated its 2 millionth card scan a few weeks ago, and growth is accelerating. We’re seeing a sharp rise in activations across iOS platform and Android. Both are growing at healthy rates. 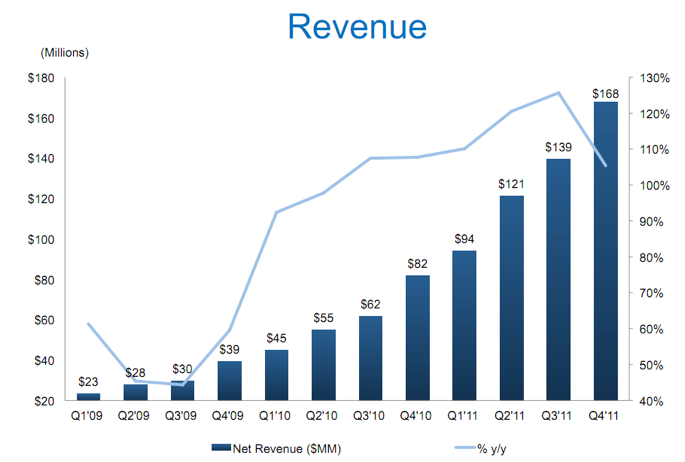 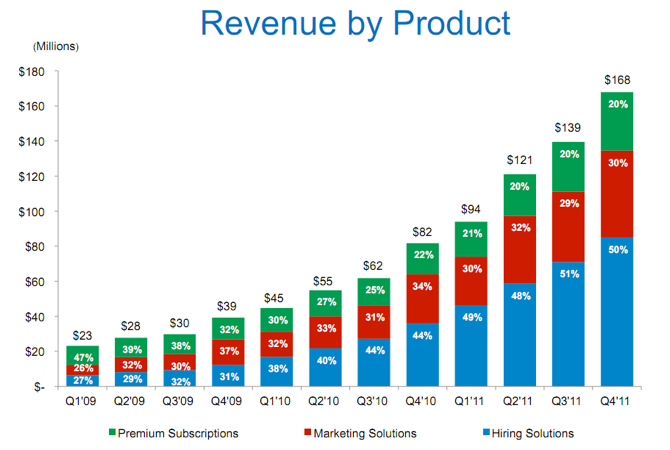 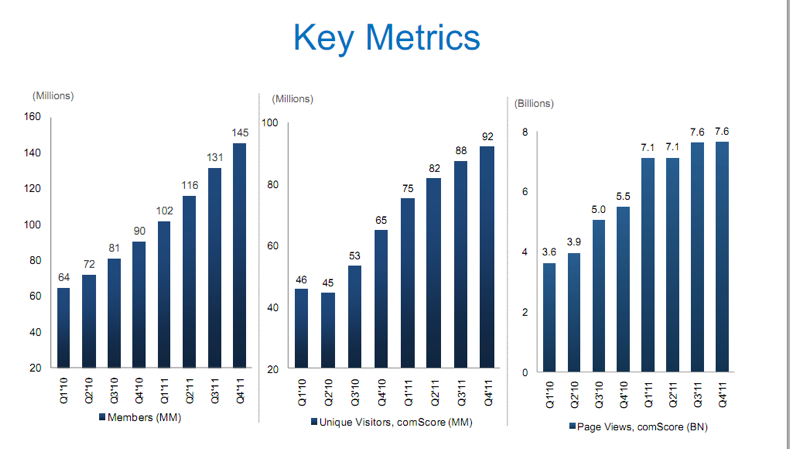