comScore just released its monthly mobile numbers, which charts smartphone usage from U.S. consumers for the three month period ending in December 2011. For the period, 234 million Americans age 13 and older used mobile devices, which is in line with the previous period’s usage. With respect to smartphone usage, 97.9 million (up from 91.4 million people in the previous period) people in the U.S. used smartphones during the three months ending in December, representing 40 percent of all mobile subscribers.

Google just revealed in its fourth quarter earnings, Android has been activated on over 250 million devices, up 50 million since November of last year. But iOS is growing as well. Nielsen reported recently new smartphone buyers are more interested in the iPhone (particularly the 4S) vs. Android phones. 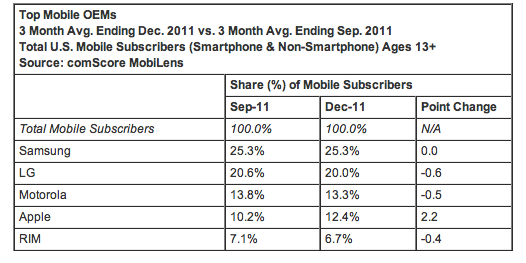 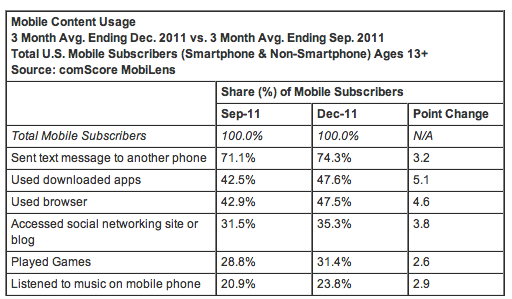