The wait is over: Facebook has just filed for its IPO.

Facebook is looking to raise $5 billion— and will mint hundreds (perhaps even thousands) of employees as millionaires in the process. You can find its S-1 embedded below, or right here.

Rumors of Facebook’s public offering have been swirling for years, and have long been routinely sidestepped by CEO Mark Zuckerberg and COO Sheryl Sandberg. The company has openly acknowledged that an IPO was indeed inevitable, but has avoided giving any sense of timing — “When we’re ready” has become a familiar mantra from Facebook executives.

The wait has been made possible, in part, by the rise of secondary markets and special stock sale programs, which have allowed early employees to sell off some of their valuable stock for liquidity. Such sales have helped reduce the amount of internal pressure to go public, which has given Facebook more time to build up its reach and products prior to the IPO.

Facebook also received an exemption in 2008 that allowed it to surpass the SEC’s ‘500 shareholders’ rule, which would have mandated that the company begin releasing some of its financial figures publicly (Facebook argued at the time that most of its shareholders were employees — and their request was approved).

Here is some of our additional coverage on the filing: 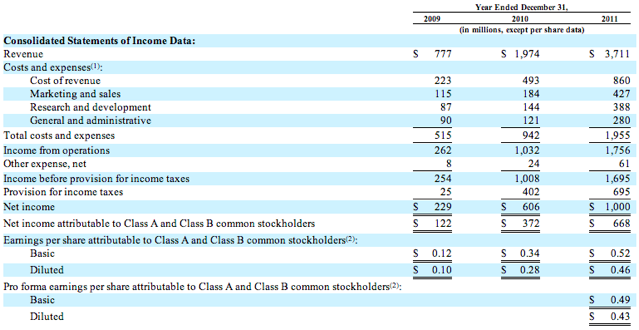