A single entrepreneur alone is vulnerable to shortsightedness, to fatigue. But with a team comes diverse perspective, encouragement, and the wherewithal to push through problems. That’s why a group of Stanford computer science and business students started the Andreessen Horowitz-backed FounderSoup program. It’s designed to give entrepreneurs with an idea or a fledgling company a chance to pitch — not to raise funding, but to recruit co-founders.

At its first full-scale event on Thursday night, I watched as 20 ideas were pitched, and 170 PhD, MBA, and undergraduate students mingled. What I saw was an effective model for fostering startups, and several brilliant ideas in healthtech and energy (reviewed below) that could turn into successful companies.

FounderSoup’s President Mike Dorsey tells me “As a CS student and an MBA, I would constantly get questions from entrepreneurs to connect them to people with coding skills. I’d also get all these coders with great products who needed business co-founders.” Dorsey and some friends started the program to help founders meet, thanks to financial backing from Andreessen Horowitz via partner Ronny Conway (son of Ron). For now the program is only open to current Stanford students. 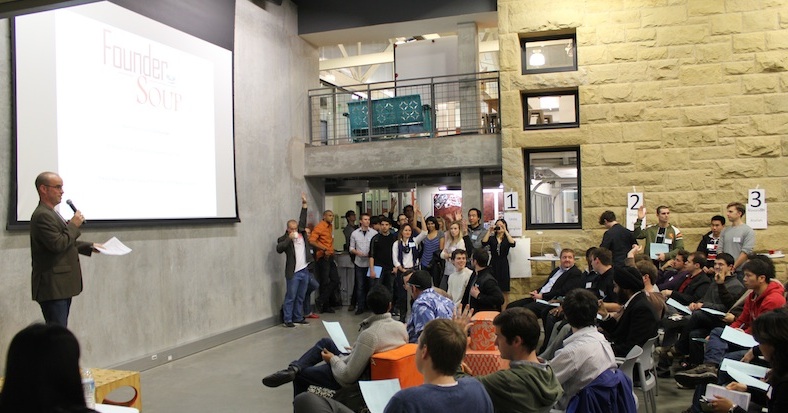 At the Founder Soup pilot event, 4 teams discovered co-founders and 2 went on to receive funding. Clearly there was potential. For Thursday, 50 founders submitted ideas and 20 were given the chance to pitch for 90 seconds each. Afterwards, each team was stationed around the Stanford d.school and approached by those interested in joining their team. To ease networking, FounderSoup made temporary business cards for all attendees with their contact info and specialties.

Some startup-spawning universities are beginning to set up their own VC funds, accelerators, and incubators, like Harvard’s new Experiment Fund and Stanford’s StartX. Before young companies can take funding or stipends, they need a great team, though. More universities and cities should look to copy the FounderSoup model. It’s simple, cheap, and in a school’s interest. After all, nothing brings in top applicants and alumni donations like producing the next Larry Page, Vinod Khosla, or Jerry Yang.

Here’s a quick look at the most exciting companies from FounderSoup, you can also watch their pitches here

Wello – An online marketplace where fitness professionals can deliver training sessions via live streaming video. Trainers pay to set up a profile, sell one-on-one or group training sessions, and Wello processes the transactions and takes a cut. There’s big potential because many who want to get fit don’t have time to go to a gym, but can easily slot in video sessions while at the home or office. Customers say the webcam-based workouts are effective. 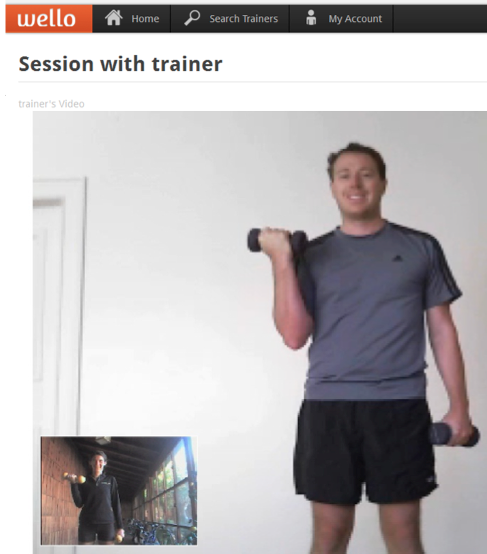 D.C. Revolutions – Helix-shaped, 3 foot tall plastic wind turbines that fit on light poles and can produce half the energy the lights need. D.C. Revolutions could sell the turbines to cities or property owners. Eye-catching when they spin, the turbines could change the face of the urban landscape and as founder Durrell Coleman says, “make sustainability sexy”.

CS LabTech’s MuSE – A healthtech company that has developed MuSE, a cell-stretching petri dish medical research device for labs. Currently when labs test cells they’re taken out of the body and are therefore in a static state, different from their dynamic state inside a live body where they stretch while in use. CS LabTech’s vacuum-powered Multi-dimensional Strain Experiment petri dish allows biologists to mimic the dynamic state of heart, lung, muscle, and other cells within the lab. Founded by dynamic cell structure PhD Chelsey Simmons, CS LabTech’s device will be ready for commercial sale next month, and could power advancements in the lucrative fields of drug screening and pharmaceutical development.

CrowdJewel– A crowdsourced jewelry design and sales company. Designers submit their work through a Facebook app where potential customers then vote and pre-order, and the winners’ designs are commissioned and delivered with CrowdJewel taking 30% cut. Since designers want the exposure and sales that come with winning a contest, they source sales leads for CrowdJewel by encouraging their friends to vote. With a big market, lots of struggling designers, and support from accelerator StartX, CrowdJewel could attain some of the success of similar businesses like Threadless and BeachMint.

Veebot– A vein puncture medical robot that automatically finds a patient’s vein, inserts the needle, and performs a procedure. Co-founder Richard Harris tells me there are 1.4 billion venipuncture procedures per year in the US alone, and 33% fail to find a vein on their first attempt. This forces doctors to make multiple manual needle pricks that can up the risk of infection and complication, as well is increase costs and delay medical treatment.

Veebot solves the problem using infrared to initially locate a vein, then ultrasound to pinpoint it. Veebot can then draw blood, insert an IV, or administer medicine. Venipuncture is a $30 billion per year global market, and this is a massively disruptive device every hospital in the world could use. While some might be scared of a needle-wielding robot, I’d be happy to submit if it saved me from multiple pricks. 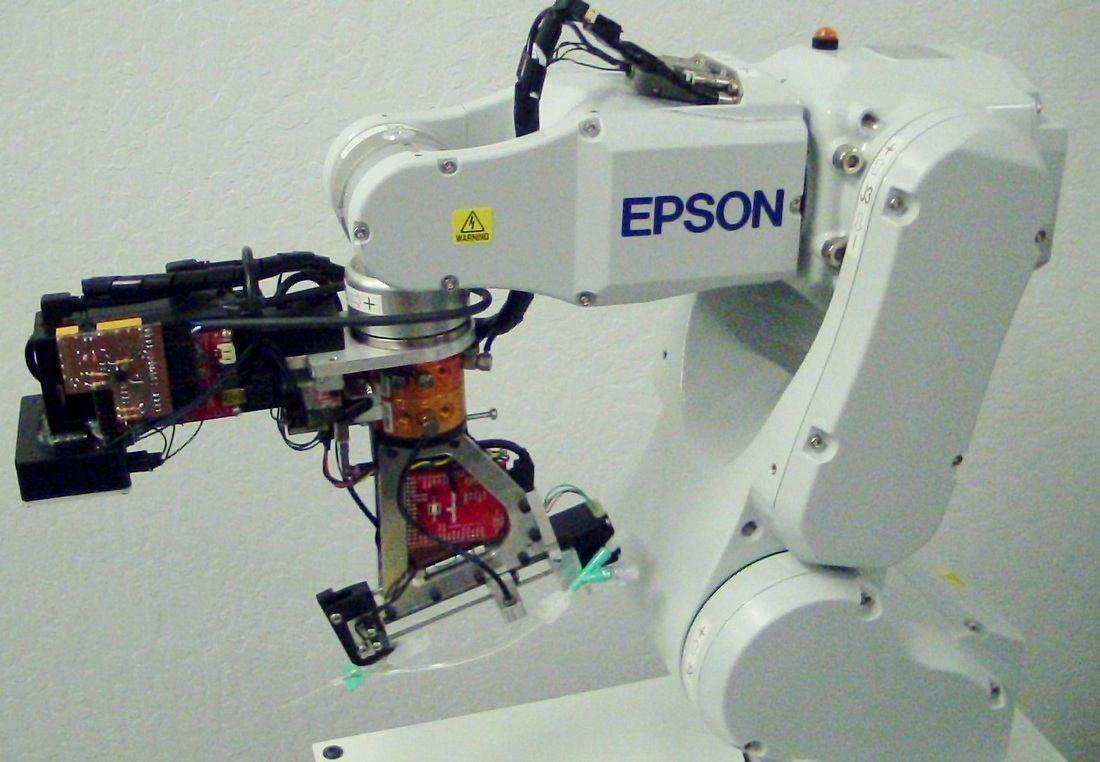