Google has more than 40 core products, and hundreds of products depending on how you count them. Even with over 30,000 employees, that’s a lot to support. In the name of refocusing, today the company announced that Picnik, Sky Map, Urchin, Needlebase, Google Message Continuity, and the Social Graph API are all headed for the deadpool, open source, or absorption into more central divisions.

Today’s culling follows this summer’s shut downs of Google Labs and most of the products internally developed by former acquisition Slide. While Google has long encouraged experimentation, its found itself overextended. The company needs all hands on deck fighting the wars for social, mobile, and the cloud.

Google typically reassigns employees from scrapped projects rather than fire them. The teams from Picnik and Sky Map could increase the concentration of product leaders working on Google+. With any luck they can give Google’s social network a more human feel.

Now, the fate  of the forsaken:

Picnik – The browser-based photo editor Picnik will be shut down on April 19th and its team likely integrated in to Google+ and Picasa. Premium customers will receive refunds. Google+ already offer Creative Kit, which includes basic editing, filters, and decorations. Picnik uses almost an identical interface, but includes advanced editing , frames, and seasonal effects that could soon show up in Google’s other photo products soon.

Google Sky Map – The augmented reality star gazing Android app will become open source. Google appears to be moving away from standalone apps, given the recent deaths of Disco, Photovine, and Pool Party. This will make it easier for the iOS developers of Starmap and Star Walk to develop Android versions.

Social Graph API – Google’s graph of public interconnections between people on services like Twitter and Flickr will be deprecated on April 20th. The API allowed developers to pull in information about their users to improve their products, but Google says “The API isn’t experiencing the kind of adoption we’d like”. Google will instead be working on catching up to Facebook by developing its own social graph with Google+. 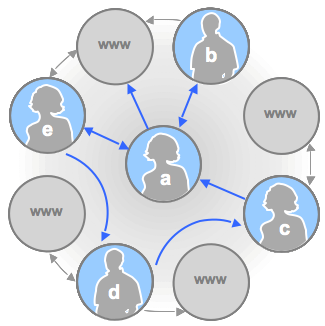 Google Message Continuity – No more resources will be wasted on a cloud backup system for on-premise enterprise email. Google will dedicate itself to support for its fully cloud-based enterprise system Apps, which has proven much more popular.

Urchin and Needlebase – The acquired client-based predecessor to Google analytics and its data management platform are being formally shut down. The Urchin team is now work on browser-based analytics, while Google is still considering whether to integrate or simply eliminate Needlebase.

A firm handshake and hearty pat on the back to all those working on these projects. Remember, you don’t have to toil away on more small features. Consider this your opportunity to go Do Great Things.