Now that most of our smartphones can take crisp images and stunning video, the digital imaging sector is having a tough time holding on to its market share. Still, a few players are up for the challenge, including Sony which has today announced the latest in its line of Bloggie pocket cams: Bloggie Live and Bloggie Sport.

Bloggie Live is all about what’s happening right now, as it’s able to shoot video and broadcast it live to another device courtesy of the Qik platform. All videos taken with Bloggie Live are in 1080p, and are uploaded in the mp4 format so you can share quickly to Facebook and YouTube. Speaking of, Bloggie Live has built-in WiFi so whenever you’re connected to a network, you’ll be able to share directly to your favorite platforms without plugging anything in. On the still images front, Bloggie Live still has your smartphone beat with a 12.8 megapixel sensor.

Bloggie Live sports a 3-inch touchscreen, along with a flip-out USB arm for charging/uploading, 8GB of memory, and an HDMI-out port. Sony’s also loaded this little guy up with some software including its PlayMemories online platform, which lets you view pictures and videos from your iOS or Android devices once you’ve downloaded the PlayMemories mobile app. 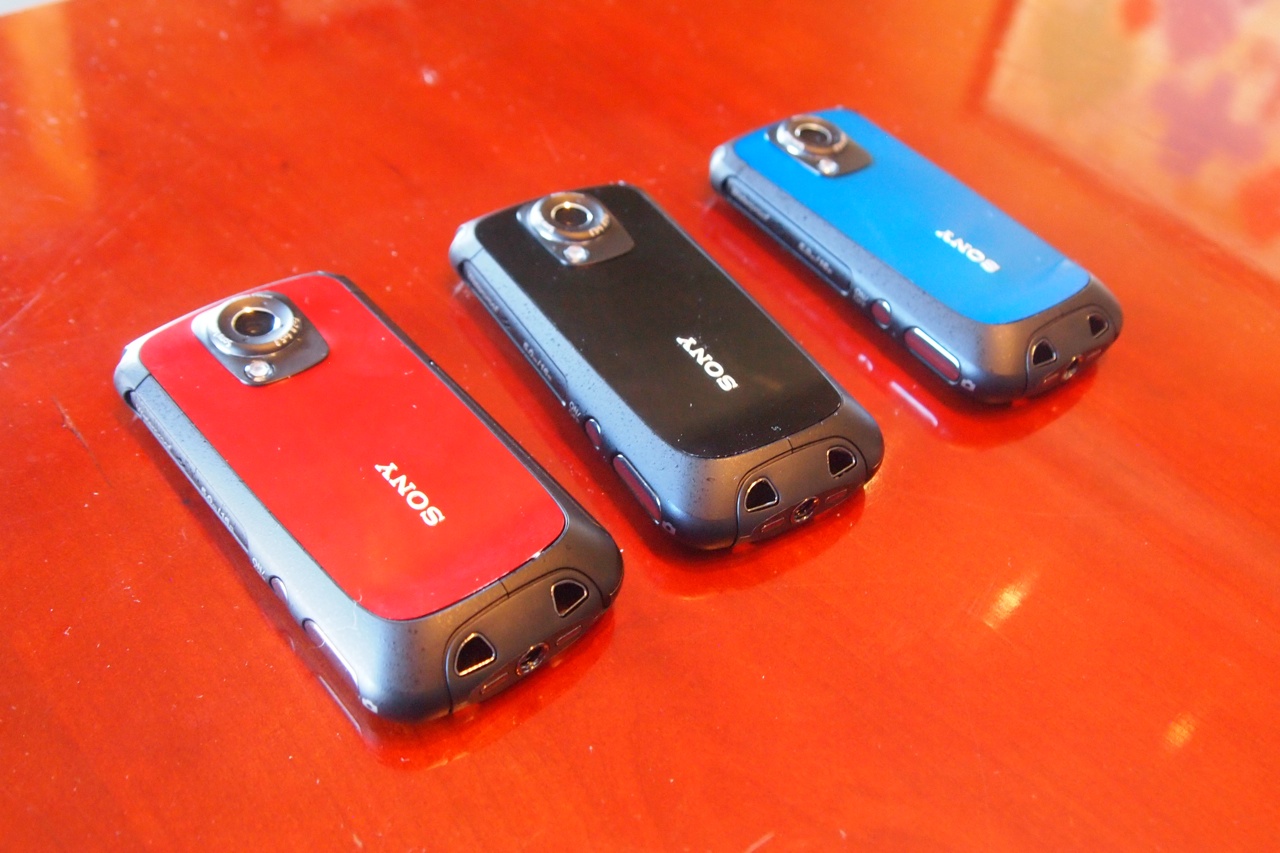 Then there’s the Bloggie Sport, Bloggie Live’s ruggedized little brother. It still shoots in 1080p and has a 4x digital zoom like the premium model, but Sony opted to offer this guy with 4GB of memory instead of 8GB, bringing its video shooting time down to two hours instead of three. Still images will be 5MP instead of 12MP, and the LCD touchscreen has been reduced from 3-inches to 2.7.

However, there is some added functionality there, including the ability to take this thing 16 feet under water (with full touchscreen control). Bloggie Sport is also shock resistant. It’s got a rubberized finish, and has special locks to prevent any seepage on that flip-out USB arm. Like the Bloggie Live, you’ll also find an LED light on the back to help with low-light shots.

Bloggie Live will hit shelves today and has an MSRP of $249, while the Bloggie Sport won’t be available until mid- to late February for $179.