Rome wasn’t built in a day, but Timeline was. What now allows hundreds of millions to tell the story of their lives started as an all-night Hackathon project in 2010. 2 brave Facebook engineers, an intern, and a designer cobbled together a working prototype that a year later would become Facebook’s flashiest redesign. A Note published today by Facebook’s engineering team details how the project was split into five teams who worked in parallel to develop a scalable way to recall anything ever posted to Facebook.

To get the redesign ready for its debut at September 2011’s f8, “The schedule for Timeline was very aggressive.” Facebook infrastructure engineer Ryan Mack writes “While our earlier profile pages surfaced a few days or weeks of activity, from the onset we knew that with Timeline we had to think in terms of years and even decades.” 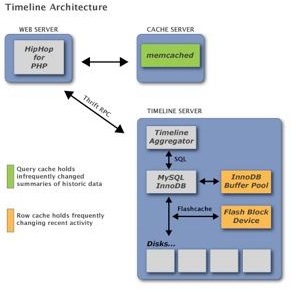 Those wishing for a highly technical look at what powers Timeline should read the 1,000 word note. It explains how Facebook built it on 4 of its existing technologies: “MySQL/InnoDB  for storage and replication, Multifeed (the technology that powers News Feed) for ranking, Thrift for communications, and memcached for caching.” This sped up development as employees already understood these building blocks, and fewer tools had to be made from scratch.

Timeline has had its share of issues. Timelines.com sued Facebook for allegedly copying its idea. Some labeled the Frictionless Sharing apps that came along with Timeline as the death of curation. I also think Facebook might not be doing enough to encourage users to scan their Timelines for embarrassing posts they might want to remove. And yes, navigation can be a bit erratic and the butterfly-ballot layout might not be perfect.

Still, Facebook has emerged with a product widely complimented for beautiful design and that survived its global rollout without widespread outages or slow-down. For that the engineering teams deserves a pat on the back, or at least a poke.