Lenovo is serious about ultrabooks. The company just introduced two new ultrabooks that will live alongside the company’s existing model, the ThinkPad X1. These three models put Lenovo in a unique position in the ultrabook game. While other companies are releasing their first ultrabooks, here’s Lenovo, with a relatively large product offering including a high-end model and an attractive entry-level model.

The ThinkPad X1 Hybrid will sit atop Lenovo’s ultrabook product line. As the Hybrid moniker suggests its a variation of the ThinkPad X1. Like original, the ThinkPad X1 Hybrid is available with three Intel Core CPU options (i3, i5, & i7) along with a 13.1-inch Gorilla Glass screen. The main difference between the two models is that the new model features a supplementary Qualcomm dual-core CPU and up to 16GB of memory that runs a custom Linux-based operating system.

Lenovo states this back-up OS is perfect for browsing the Internet, watching movies and other mundane tasks. In this mode the battery is said to last ten hours where it’s only five using the traditional Windows/Intel platform. 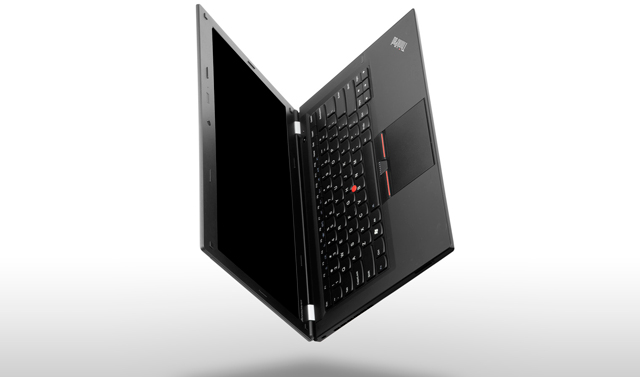 The ThinkPad T430u approaches ultrabooks in a slightly different manner than the X1. This is a budget ultrabook. But an good lookin’ one at that. The T430u rocks a 14-inch screen but is still less than .8-inches thick. There’s a choice of Intel Core CPUs and optional Nvidia graphics. Buyers can opt for an SSD instead of a traditional spinning disk drive. The larger ultrabook also has a large battery with a stated life of six hours.