Smart TVs are great and all — who doesn’t want a dash of WiFi with their daily dose of reality television? — but the segment will face challenges in the market. For one, a $49 Roku LT is a much better value proposition than a $1,000+ smart TV. Secondly, the hardware moves at such a rapid pace that even with solid software updates, your smart TV will likely be outdated much sooner than you’re ready to buy a new one.

But even with the hardships to be faced by the smart TV segment, Roku still wants a piece of the pie. Enter: the Roku Streaming Stick. It’s a little USB drive-sized stick that packs a processor, memory, software and WiFi to virtually transform your regular old television into a Smart TV, with access to all of Roku’s 400+ channels. The new offering streams video in 1080p, and thanks to a Broadcom mobile chip, Roku claims that you shouldn’t see any difference in performance between this and its other boxes.

Unfortunately, the Streaming Stick loses many of the extra ports you’d find on Roku’s other streaming boxes. But the real drawback is that you’ll need an MHL-enhanced HDMI port on your TV to get the Streaming Stick working. If you haven’t heard, MHL is a proposed industry standard that uses the HDMI port on a television to deliver power to mobile devices while they’re plugged. In other words, you’ll need a relatively brand new TV.

In my opinion, this is a tough catch. The whole point of getting the Streaming Stick is to be able to have what feels like a brand new TV, without, you know, actually buying said brand new TV.

Roku this year introduced gaming onto its platform, and the same will be available to owners of the Roku Streaming Stick. Since the Stick can be used with your current TV remote, gamers will need to shell out a few extra bucks to get the Roku Gaming remote. Luckily, that one should work fine with your TV so you won’t have to switch back and forth all the time. 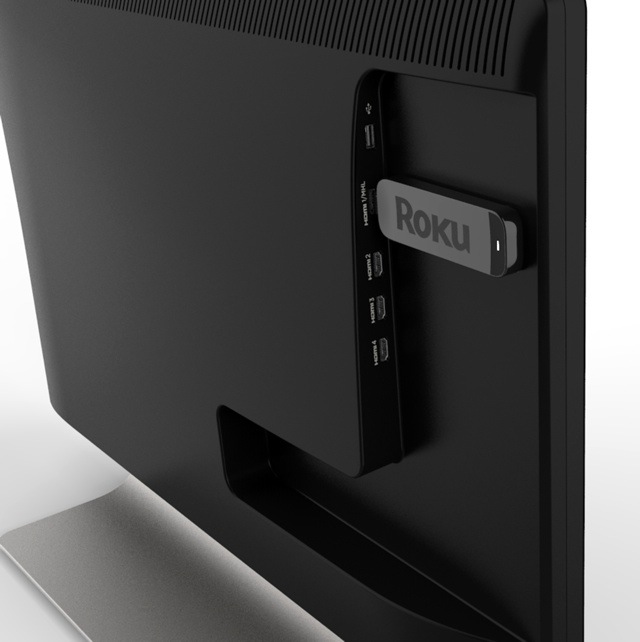