Photo organization service (and TechCrunch Disrupt finalist) Everpix has just launched into public beta, bringing with it a number of changes to its backend infrastructure, web interface and its desktop software.

The service, for those unaware, automatically organizes and combines all your photos, whether they’re stored on your computer or in the cloud. It then combines them into an online photo gallery where groups of photos are laid out into attractive albums called “Moments.”

The service currently supports only Mac computers (iPhoto, Aperture, Lightroom), but plans to support Windows in the future. It also gathers photos from your online collections on Facebook, Twitter, Instagram, Flickr, Picasa and can even locate photos found in your email. 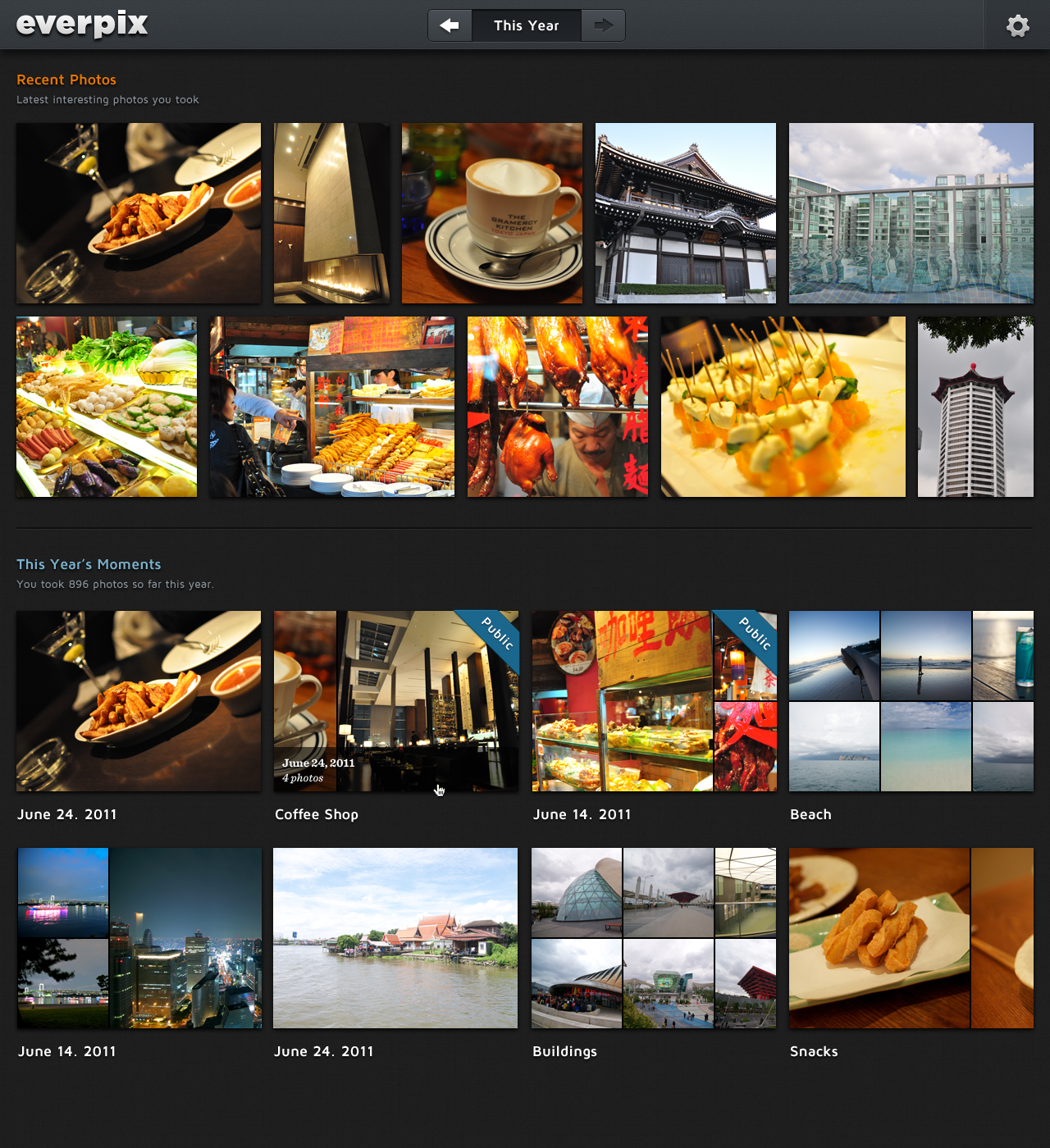 Once connected,  Everpix uses a feature called “assistive curating” to create “Moments,” which are similar to iPhoto’s “Events,” but are built for you automatically. You can see an Apple-like design aesthetic here, which is not surprising given that two of Everpix’s Co-founders, Pierre-Olivier Latour and Kevin Quennesson, each spent several years with the company. Meanwhile, the third Co-founder, Wayne Fan, was previously at frog design.

Within these “Moments,” Everpix automatically detects bad photos, like those that are blurry, out of focus or under or overexposed and hides them from view. You can also share photos or albums using a simple one-click setting.

Since exiting its alpha, Everpix made a number of changes and improvements. It has increased its performance and handles your imported photos better than before. The company says that it improved color accuracy, timestamp detection, and the preview and thumbnail quality of the photos, among other things. It also automatically reconciles duplicates on import and merges the corresponding metadata.

The Mac uploader software has been updated, too, with more options, partial support for Picasa Mac (hooray!) and more.

However, the most exciting news is that the Everpix iOS application is almost here. (It’s in the review queue at Apple right now). When launched, this app will automatically mirror your entire Everpix photo collection to your iOS device, while also supporting social sharing and offline access to photos. In the future, support for photo uploads is planned as well.

You can sign up for the Everpix public beta here.