Like most people, I love dogs. But also like most people I am completely irresponsible — Like, I can’t even keep my iPhone consistently charged let alone take care of another creature (Yeah I know, I’d be a great mother, we’ve already discussed this).

This being said, wouldn’t it be so cool if you could own a dog, but for a limited amount of time? Like you wouldn’t have to commit to it forever or anything — because that is just asking too much —  but maybe you could just borrow it. I don’t know where I’m going to be waking up TOMORROW let alone a MONTH FROM NOW, so if only there were like a Dogbnb, where you could temporarily have like, a dog? To pet.

Well move over Rover.com, apparently Airbnb co-founder Brian Chesky is already on top of this, and has secured the domain Dogbnb.com. Hahahahahahahahahahhahahahaha, smart.

I totally asked Chesky if Dogbnb was a joke (or more likely, a place to board pets while people travel), but he hasn’t responded to my email. Whatever. So who wants to let me borrow their puppy? 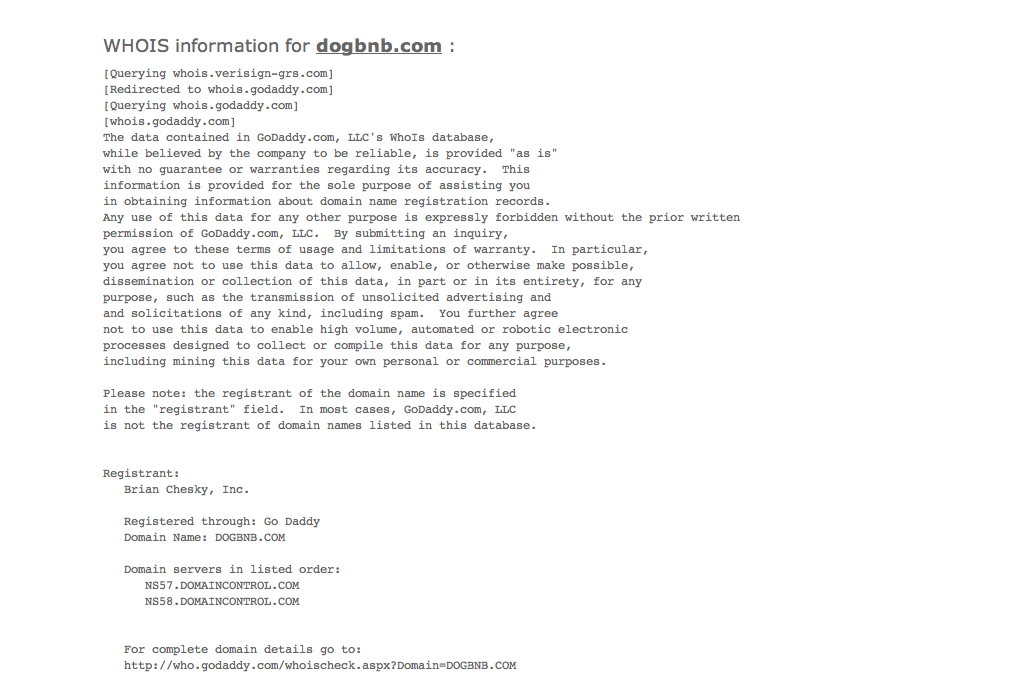