More than a fair amount of business success hinges on telling stories about the future. The reason Yahoo’s market cap is down to $19.83 billion from a high of $55 billion is because shareholders don’t believe that it has a future. The reason Aol bought Bebo for $850 million (a little over half of Aol’s current market cap!) is that at the time it essentially believed — after processing analysis and reports, of course — that it was worth that much …

Last night I read this report that a small investment firm was pleading with Aol to get its act together; “The current market price of Aol fails to reflect the substantial value of the sum-of-its parts. [sic]” And then Skyped a friend, “And so it begins.* ” *It being the inevitable dissolution of the company that actually pays my salary. SHUDDER.

This morning Business Insider published a pretty impassioned letter penned by what has to be the most eloquent scribe at Aol investor Starboard Value LP. In the letter, Starboard expressed concern about the estimated $500 million dollar a year losses and unmitigated failure of the company’s Display business and media aspirations.

“This level of losses in a business that already has reasonable scale is extremely troubling. We are not alone with regard to our serious questions and concerns relating to the Company’s investment in its Display business. It is clear that the losses from the Display business are having a negative impact on the overall value of Aol.”

What’s most notable about the letter is that it starkly brings up the current Aol talent exodus. On the executive level alone the past couple of months have seen an impressive array of departures, and named in the letter are Vaughn Brown, Heather Harde, Brad Garlinghouse, Michael Arrington, Douglas Home, Joshua Topolsky, Jeff Levick, David Eun. Four of those people are perhaps the most brilliant people to have worked at Aol, not mention (the unmentioned) star biz dev and marketing talents Kiersten Hollars, Aubrey Sabala, Bob Buch and star writers like Sarah Lacy, Paul Carr, MG Siegler and almost all of The Verge.

I don’t blame Starboard for being concerned. I’m concerned; From what I hear talent isn’t just leaving, it is “being driven away” for the wrong, and mostly political reasons. Creative people need a space to be creative and actualize their talents, Aol (with maybe the exception of TechCrunch, we’ll see how this post goes over …) doesn’t seem to be that place.

Even TechCrunch needed, and still needs, founder Michael Arrington in order to thrive. Perhaps even more so we needed our former CEO Heather Harde. Under Heather we reportedly increased revenue by 50% the tumultuous first year we were under AOL, to $15 million – over 2x what the entire media business is worth according to financials. Tim, you should have done anything and everything to get Heather to stay.

I know at least two other people on our team who share my sentiment.

“The body count at Aol is rising, and too many of these people were casualties of Arianna’s ego. Jon Brod was kicked to the curb for disagreeing with her about how to run the Huffington Post business. Brad Garlinghouse fell out of favor at least partially because he was the only one willing to call bullshit on her power grabs. And there are others.”

I’m beginning to feel stupid for still being here, especially after reading this tepid “Everything is totally okay” response from my bosses’ bosses tonight. Everything is not okay, and someone needs to make that clear to them. If this doesn’t work, maybe we should hire someone who can convince Aol to do something … Paging Michael Birch? 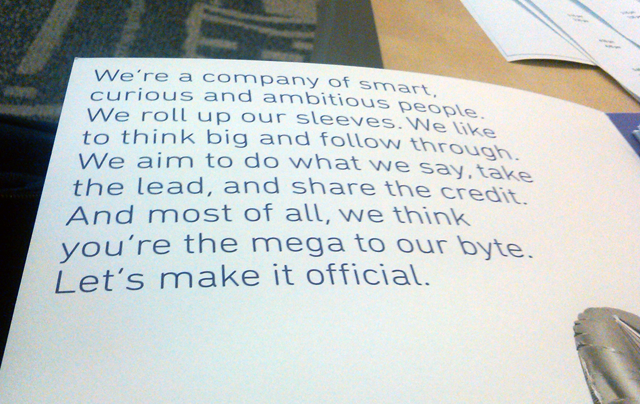