LinkedIn has put out its annual list of top buzzwords (over)used on members’ professional profiles. The top word people in the U.S. use to describe themselves on LinkedIn? “Creative.” That word did not even make the top ten list last year, when “Extensive Experience” topped the list.

And it’s not just the U.S. If you look at the country breakdown, this was the most used word in economies such as the U.S., UK, Canada, Netherlands, and Germany. (People in Spain like to think of themselves as more “Managerial;” India, “Effective;” Brazil, “Multinational;” France, “Dynamic”).

I think it’s telling that so many professionals are trying to identify themselves as part of the creative class. In a time of high unemployment when traditional skills can be outsourced or automated, creative skills remain highly sought after and highly valuable. We all want to be part of the creative class of programmers, designers, and information workers. The term used to mean artists and writers. Today, it means job stability. 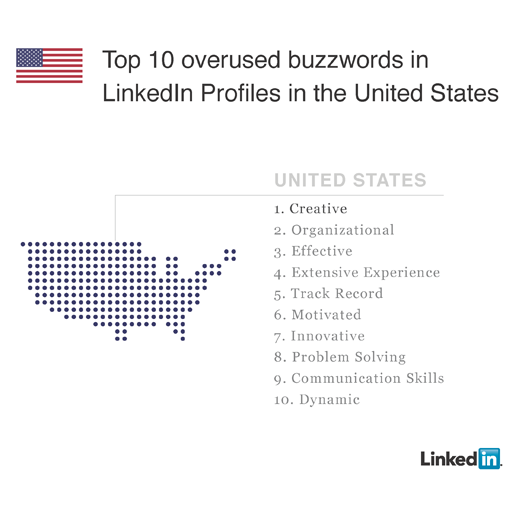