Congress is moving ahead with trying to pass SOPA — the so-called “Stop Online Piracy Act” that includes all sorts of draconian measures that would stifle free expression as we know it. Here’s a simple action you can take to tell everyone how you feel about that.

A site called “I Work For The Internet” lets you upload a photo and first name, and what you do for a living. It showcases photos of other people who have done the same. It’s simple, and heartwarming, and a nice reminder for politicians about whose side they should really be on. The site, apparently launched earlier today, was created by Fight For The Future, a new advocacy group that was behind the hit “Free Bieber” site.

You might not change any votes by sharing your photo, but you’ll get some comfort out of participating if you’ve been feeling that the bill has been incorrectly portrayed as “media companies versus tech companies,” like I have. Browsing the site will also give you a visceral sense of who all those other random internet users are out there.

SOPA goes up for a House committee vote later this week, and this site won’t tell them how you feel directly. So be sure to contact your local representatives if you haven’t already (and sign this petition). You can also check out our previous coverage of the bill here. And for further reading, be sure to check out a couple great articles from TechDirt about the latest poor revision to the bill, and its somewhat better alternative. 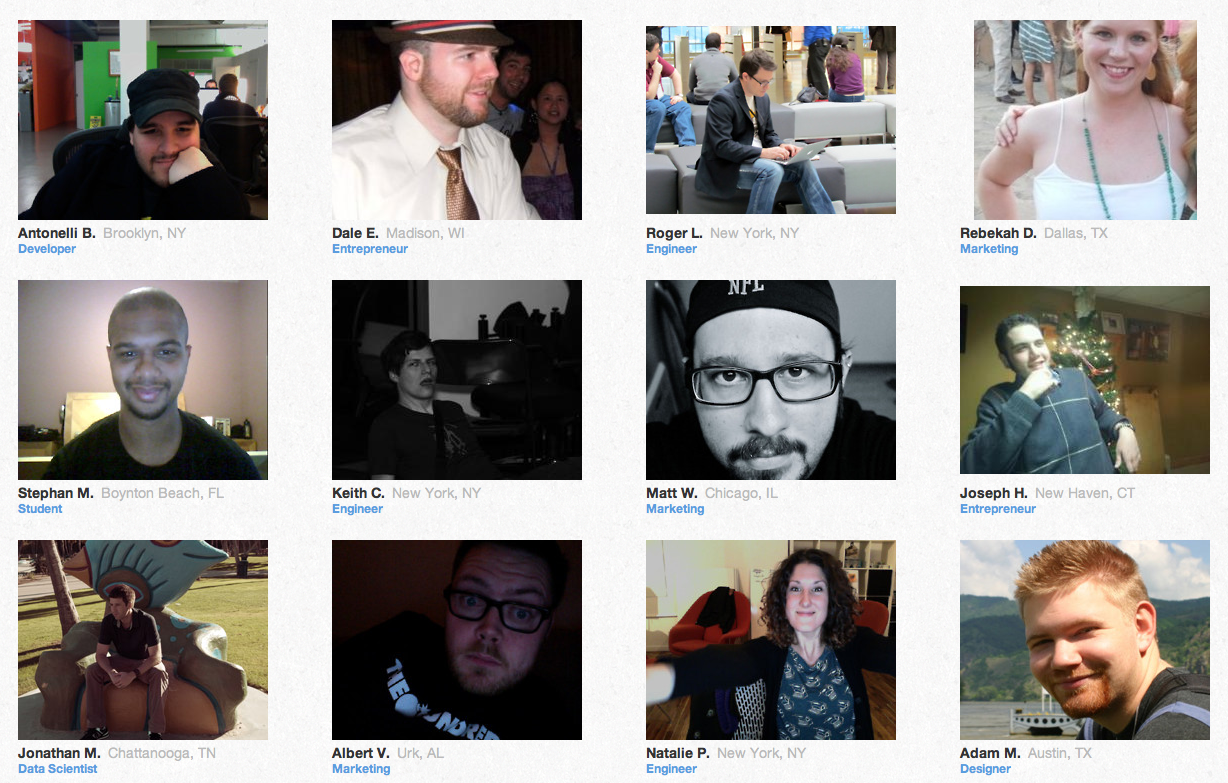