Couponing has been around forever, but the popularity of digital offers, daily deals, and group buying is fairly new. We’ve gone through the honeymoon period, watched the meteoric rise of Groupon, its overvaluation, IPO — and thankfully, through it all, we’ve seen increasing scrutiny on the space, especially over just how profitable daily deals actually are for local businesses.

The debate has raged over the daily deal model’s clever repackaging of old ideas and just how valuable the Groupon model is as an advertising mechanism for local merchants. Rocky was probably a little overzealous in saying that Groupon is poised for collapse, but there is no doubt that there are holes in its business model, just as there is no doubt that there are upsides to the model as a whole, both as an advertising channel and a tool for customer acquisition and retention.

In the end the scrutiny is essential, just as it is to find a middle ground — falling into the extremes of “daily deals are the best!” or “the daily deal industry needs to die!” misses the point that offers and daily deals can work, but only if they’re structured correctly. Otherwise, they can go wrong and go wrong quickly.

As Arash pointed out in his post this summer, the horror stories over daily deals often come from merchants who negotiate poor deal terms, don’t track redemption or customer spend, and don’t understand the economics of running a daily deal. Dr. Dholakia’s thorough analysis puts some numbers to the current flux in the daily deal industry, pointing out that 72.8 percent of merchants indicated openness to considering a different daily deal site.

Merchants are open to trying your site’s model if you can prove that you have their best interest in mind and can structure deals that can help them retain customers and offer them more than a simple 50/50 split of profits. That’s how they can differentiate their value propositions.

There may not be a cure-all model, but for the space to remain healthy going forward, it’s important to pose some prescriptions for merchants on how to structure daily deals so that they can get the most out of them. It’s an important conversation to have, and I hope you’ll weigh in.

The Dealmix, a new daily deal aggregator and deal map founded by former Googlers to bring “a bit of organization and simplicity to the wild and wooly deal market”, has created an infographic for local businesses on how to design profitable deals and make them work.

Check it out and let us hear your feedback. Let’s make this industry better. 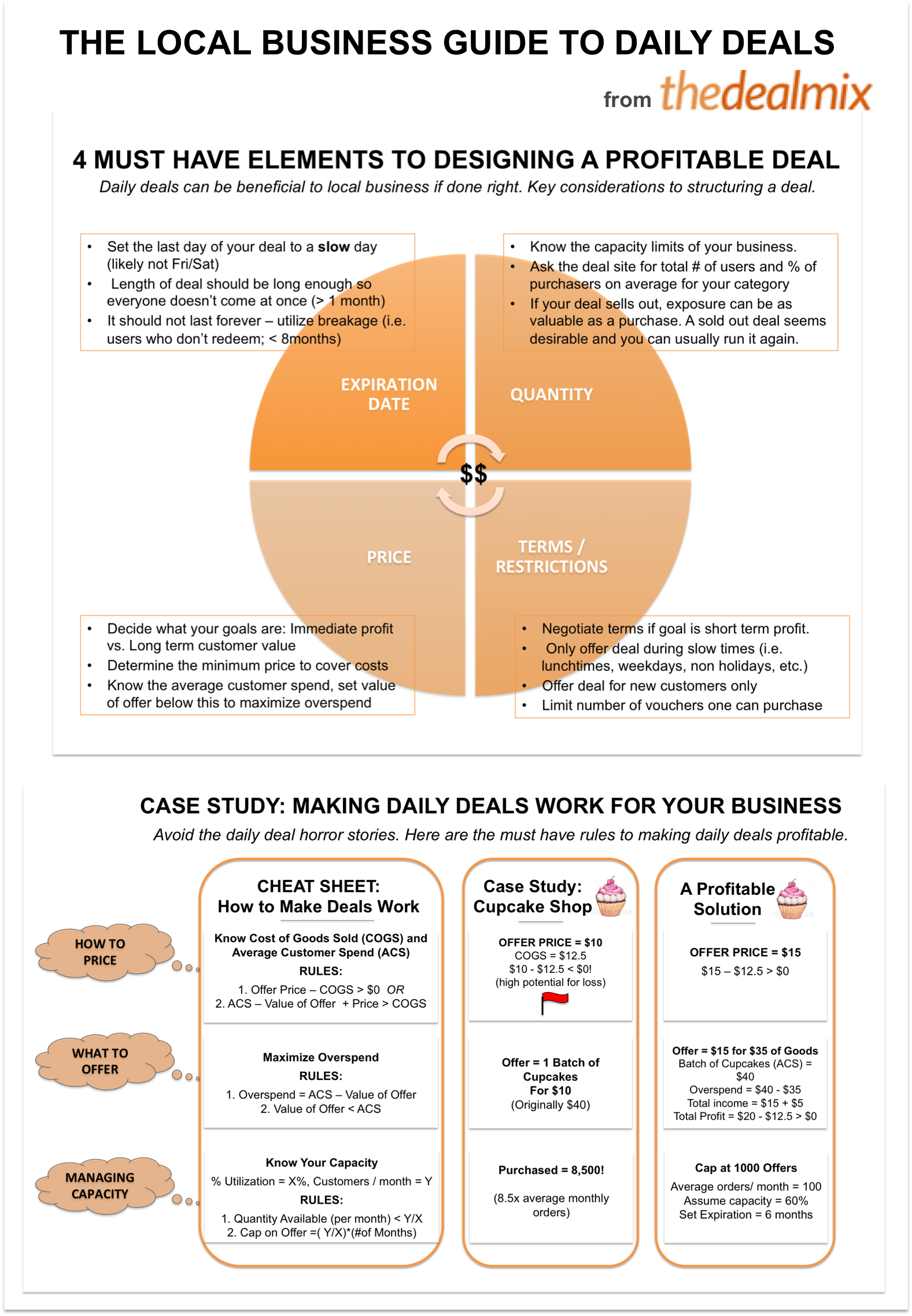