Rather than letting advertisers include a tracking pixel or drop cookies from their Facebook ads, Facebook installs its own pixel on an advertiser’s conversion page, such as an ecommerce checkout or signup success page. Facebook references who triggers this pixel with its own logs of who has seen what ads. This allows Facebook to track both direct conversions from ad click throughs as well as indirect conversions that occur up to a month later by people who merely see an ad. It then shares anonymized ad return on investment reports with advertisers, showing what percentage of those who converted had previously seen one of a company’s Facebook ads.

Since no cookies are dropped and Facebook is the only one that sees all the data, privacy concerns are limited. Still, some might find it unfair that only certain advertisers are privy to this valuable data, as measuring the actual ROI of social media is a top priority for the ad world.

The program has been kept so quiet that when I first asked Facebook, details were hard to come by. Later, the company’s Communications Manager for Monetization Brandon McCormick told me a handful of prominent advertisers have been in on this private program, and “it’s not something we plan to make widely available.”

Facebook’s 2010 conversion tracking beta experiment allowed advertisers to create their own tracking pixels through the Ads Manager, and then paste them into the code of their websites. The system was discontinued because advertisers apparently found it too confusing to use, leading them to miscalculate their ROI and get an inaccurately poor impression of the performance of Facebook ads.

Rather than continue internal development, Facebook left an opportunity for third-parties to step in and provide direct conversion tracking through URL tracking tags that identify if vistors to external websites came from a Facebook ad click-through. However, they can’t track indirect downstream conversions or people who saw but didn’t click ads the way Facebook’s system can. Though it was thought that the program had been completely shut down, Facebook actually began hosting and applying the tracking pixels itself to ensure accurate usage.

On what data advertisers receive from the private system, McCormick responded “We run the analysis on our end and then we spit out a Powerpoint deck showing that of this many people that bought this [product], this many people saw this ad on Facebook.” To protect users, he tells me “we make the advertisers sign contracts [to keep the data private], we don’t share the data with other advertisers, and we don’t use this for any ad targeting. It’s purely for ad ROI analysis.” However, some users may not be thrilled to find out their offsite conversions are being referenced against their Facebook ad impressions.

Those advertisers admitted to the program are probably happy it remains limited and private. It gives them an advantage over competitors by helping them optimize for total conversions, not just clicks or immediate conversions. If Facebook really wants to grow advertising revenue, though, it may need to find a way to make this ROI analysis more widely available without drumming up privacy concerns that could get it in more trouble with the FTC. 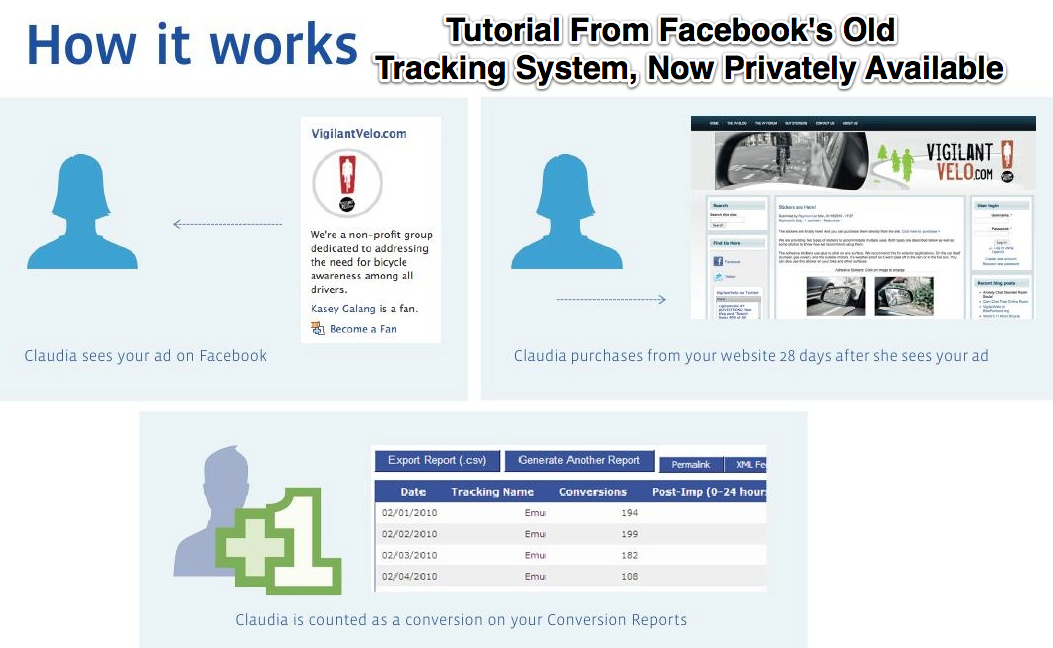