Bootstrapped Polish startup UXPin is about to revolutionize the user experience design process. Typically, building a project requires a steady hand, paper and pencil prototyping, and then a redundant, painstaking manual conversion of offline designs into digital wireframes. It’s slow and hinders startups from rapid iteration. But with today’s launch of UXPin’s new web app and design pads, you can arrange sticky notes of popular design elements, take a photo, and a perfectly aligned, fully editable digital wireframe is created for you. Users can then can share their UXPin project with teammates, simultaneously chat and modify the design on UXPin’s monthly subscription site, and export their product as HTML.

UXPin has the potential to ease entry into UX design for novices, significantly streamline the process for experts, and become a powerful player in the wireframing and mockup tool space.

UXPin launched the first version of its design pads last year, but they were strictly for offline use with no way to convert them to digital wireframes. Still, they made a splash and the company broke even within a couple of days thanks to customers from Google, Myspace, and Salesforce.

Now I’m holding their new, digital conversion-ready pads for web, iPhone, and Android design and they feel great. Solid, hardbound, with tons of sticky elements, strong glue, and instructions for use printed inside. The pads cost $30 each, and a subscription to the online wireframe editor is $7 a month after the 2-week free trial.

I’ve never done serious design prototyping and it was quick and intuitive to build the design of an app. Thanks to tiny symbols on the sticky notes, UXPin’s site recognizes the placement of the elements from an iPhone photo I shot of my creation. It then set up a wireframe I could move, resize, color, and augment with additional elements or images. There’s still some kinks in the flow of adding an uploaded wireframe to a new project and editing the elements from one’s offline prototype, but UXPin’s CEO Marcin Treder tells me it’s addressing them.

UXPin is the first product that automatically turns paper prototypes into wireframes, and it could seriously disrupt the established UX tool companies like Balsamiq and Axure. Treder is actually a full-time UX man that uses Axure every day and he says it is poorly designed, overly complicated, and doesn’t properly support documentation or collaboration.

Treder tells me “I think UXPin has a great chance to get popular among startup founders that need to create ideas very quickly and collaborate with their team.” Though bootstrapped to date, the company isn’t opposed to taking funding, and I think a seed round to propel product development and grow the 5-person team would be a wise investment.

UXPin offers a cheap, innovative product that drastically reduces busywork and increases output for designers. Currently, Balsamiq says 30,000 pay for its service, and Axure counts some of the biggest design companies in the world as customers. However, I wouldn’t be surprised to see some of them toss out their pencils and graph paper, ditch their uncollaborative wireframe editors, and switch to UXPin.

Watch the company’s demo video to see exactly how it works, and the first 5 people to reply with their email address to my “Contest” comment on this post will get a free team license (Update: All 5 have been given away). 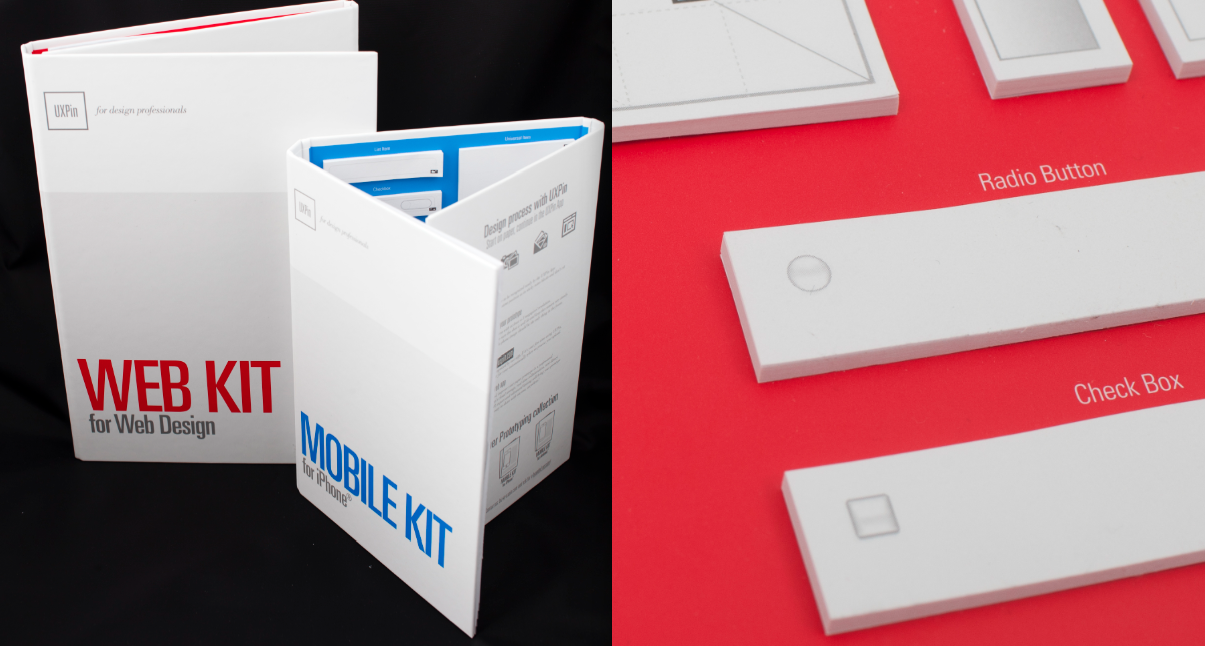