Facebook has announced that it will begin rollout of Timeline, starting with New Zealand. If successful there it will release the profile redesign elsewhere. The country was likely picked because it speaks English, which eases feedback processing, and isn’t as interconnected with the rest of the user base as some other countries. It’s been 2.5 months since Facebook unveiled the Timeline profile redesign at f8 and said the rollout would begin shortly. However, possibly due to product tweaks and a lawsuit from Timelines.com, until today the feature was only available to developers, or those who pose as them.

Facebook will have to explain the privacy ramifications of Timeline very carefully. By making the entire history of a user’s Facebook activity more readily accessible, embarrassing or objectionable content could be surfaced if users don’t know to curate their Timelines properly.

“We announced Timeline in September and made it available to developers building apps on our platform. Since then, over a million people have signed up for the developer beta to access Timeline. The feedback we’ve received so far has been invaluable. Starting today, we are making Timeline more widely available as we measure speed and other types of performance. We’ll begin by making it available to people in New Zealand and then roll it out more broadly in the near future.”

The Timeline profile design allows users and their friends much easier access to their historical content, such as status updates or wall posts they made years ago. This means Facebook’s servers will have to be able to quickly serve up content that was rarely accessed in the past. To make sure the entire user base isn’t impacted by performance issues, it has chosen to roll out the redesign in a relatively small and isolated area first. If Facebook’s infrastructure can support the New Zealand rollout without slowing down the site or causing privacy hysteria, it will then continue the rollout. 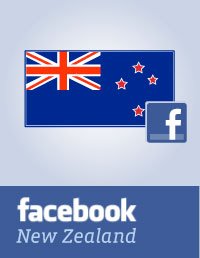 Facebook may have used New Zealand as a test bed before, as we received reports of an iteration of the Questions product appearing there before other countries. Because the island country is less interconnected with the rest of the world, it can be easier to keep tests there a secret. In other cases, Facebook tests products in the US first where early adopters are plentiful and market penetration, social graph density, and smartphone use is high. This lets the company test products the way they’re meant to be used — with everyone you know using them too.

[Update: A Facebook spokesperson confirmed with me that New Zealand users will have a 7 day review period, during which their Timeline is only visible to them and their friends will see their profile as before. Users can opt to publish their Timeline and replace their old profile with it during the review period, but the Timeline will automatically publish after 7 days.]

With the rollout will come a bonanza for developers of apps that leverage the Open Graph API that can publish content to the Timeline. Developers who’ve been prepping their apps in anticipation of the universal access to Timeline should start putting the finishing touches on so they’re ready when the rollout expands.

Most importantly, though, will be how Facebook handles messaging around privacy with Timeline. Combing through years of content can be quite a chore. If Facebook doesn’t explain how crucial this is, users may inadvertently make it easier for parents and bosses to find racy photos and objectionable jokes. Horror stories about lost jobs or offended families could scare users away from using the Open Graph apps that publish to Timeline which Facebook is betting will help it follow Zuckerberg’s Law of doubling the volume of content we share each year.