New data from Compuware finds conclusive proof of the popularity of iPads as a shopping device. The firm took a look at the website traffic for 70 U.S. retailers’ delivered to an iPhone or iPad over the start of the holiday shopping season (November 14th through Cyber Monday). On Thanksgiving, Black Friday and Cyber Monday, specifically, there were peaks in traffic with a high of 6,475,354 iPad pageviews on Black Friday alone, based on a statistical sample of more than 140 million pageviews.

To be clear, because this data was pulled from a sampling of tests, it does not indicate the total number of pageviews delivered to these 70 retailers’ sites. But because the sample is large enough to be statistically significant (140 million pageviews), it does show the impact of iPad traffic on e-commerce websites. In addition, the second chart (below) shows how the sites’ response times are impacted when the influx of iPad users hit. 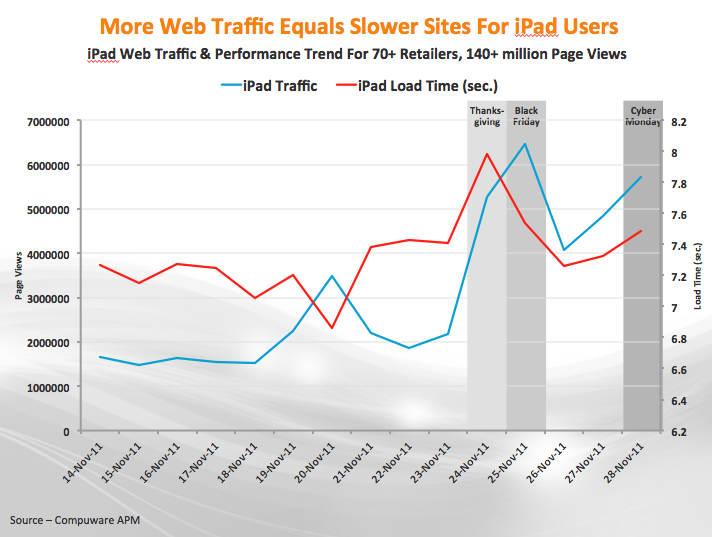 Now for the bad news. Despite the increases in tablet traffic, many retailers are not prepared to accommodate these new mobile shoppers. Compuware also prepared a chart showing the top retailers’ sites, and whether or not they offered an iPad-optimized website. Surprisingly, none of them do, not even Apple.com. What’s worse, Apple is also among the retailers who don’t offer a native iPad application. (The iPhone Apple Store app runs on the iPad, of course, but it’s not a universal app). For shame!

Apple is not alone though. Around half of the 30 top retailers Compuware looked didn’t have an iPad application, either.

Want to see what a missed opportunity looks like? Check out the chart below: 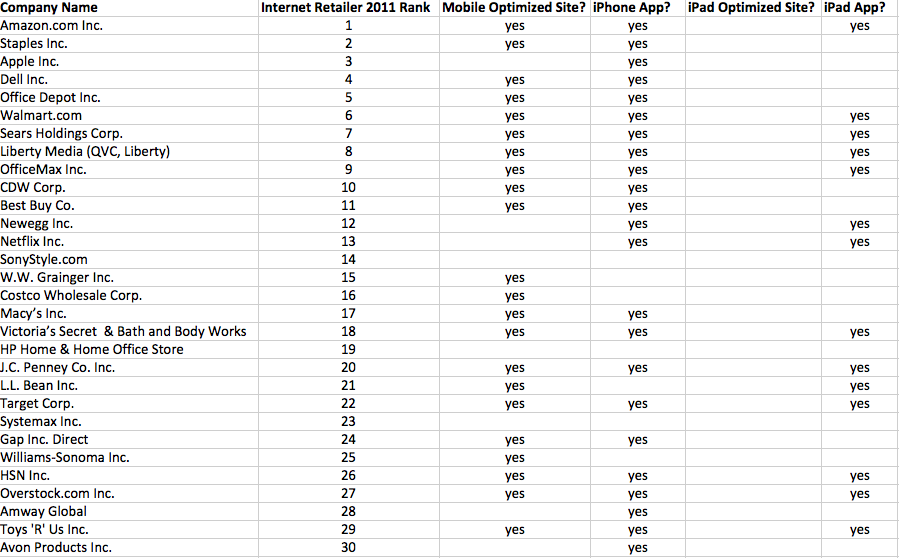