Some readers may be familiar with Khan Academy, an awesome eLearning platform that offers students, self-starters and everyone in between the opportunity to learn at their own pace by watching instructive videos on subjects that range from arithmetic to physics. The non-profit startup has been growing like gangbusters of late, and now has more than 2,600 videos in its library. To date, Khan Academy has largely focused on math and science learning, but the startup plans to use new funding to expand into the humanities, and develop curricula for a blended physical and virtual academic experience.

Supplemental learning resources like Khan Academy’s stand to play a significant role in the changing educational landscape. The fact of the matter is that, while we might be in a higher education bubble, colleges and universities (public institutions, especially) face a challenging economic climate, which has led to budget cutbacks across the board. This is exacerbated by the increase in student enrollment, along with dwindling resources available to students and teachers, chief among them the limit of physical space within classrooms.

There is also (thankfully) a growing pressure to ramp up science, technology, engineering, and mathematics (STEM) education on campuses across the country, but many instituions are struggling to keep pace while maintaining student engagement and quality of their courses.

One startup, like Khan Academy, has built an online platform that can become part of the solution, allowing universities to continue providing engaging curricula even when resources may not be available. Late Nite Labs, a New York City-based startup, offers an web-based educational platform for distance and hybrid learning settings that lets students take biology and chemistry labs, for example, without the real-life explosions.

The startup’s virtual lab platform contains more than 150 experiment simulations, which come equipped with all the compounds, chemicals, containers, and instruments one would typically find in wet labs. Many state schools, community colleges, and public universities have had to shut down wet labs — or never had them in the first place — where students learn to master beakers and Bunsen burners and take part in those complex mad science experiments.

So, Late Nite Labs has digitized this setting to allow professors to serve their lessons over the Web, without requiring additional text or materials. Educators can create and manage their courses using virtualized labs and assignments, each of which has a digital lab notebook, media player, and supporting images and video for the experiments.

The platform comes with (150+) standardized courses that meet national science requirements, or teachers can use the platform to create their own customized classes. It’s also drag and drop and completely interactive, so universities can save on that wet lab overhead of buying expensive and dangerous materials, with the added benefit of not having to worry about student injury due to mischievous (or accidental) chemical mixing. 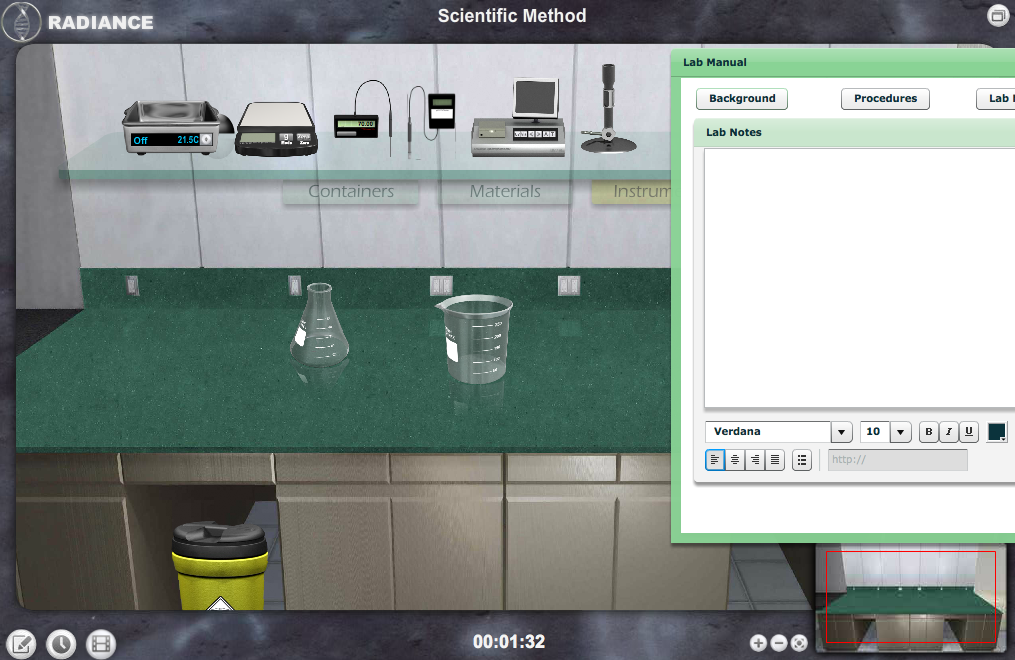 And, instead of selling their platform directly to universities of high schools, Late Nite Labs offers its virtual coursework through its website or in campus bookstores, so students can purchase it directly. Schools, therefore, pay nothing. Now, this sounds like a big burden for students, who are, by and large, already financially burdened, but at an average of $50 for access to the virtual labs, it’s really equivalent to what students would be paying for physical textbooks and course materials (and lab fees) anyway.

Plus, students have the benefit of being able to use the virtual labs from anywhere, to practice, learn, and move at their own pace — something that will hopefully be a critical part of educational systems and edtech solutions moving forward.

And so far, institutions are buying in, as Late Nite Labs is now being used by more than 150 schools across the country, including 56 of the 58 community colleges in North Carolina, Ole Miss, Oregon State, Oklahoma State, Iowa State, New Mexico State, and Arizona State, to name a few.

Today, Late Nite Labs is announcing that it has raised $1.1 million in seed funding from a number of angel investors, including Harold Levy, the former Chancellor of New York City’s public school system and EVP of Kaplan, as well as Don Burton, former head of Business Development for Disney Education.

Late Nite Labs’ VP of Business Development Harris Goodman tells us that the startup will be using the new capital to expand its team from five to 12, including hiring engineers and sales and marketing staff.

For now, Late Nite Labs is exclusively offered through universities and high schools, but the team plans to build a consumer product down the road as well as work its way into K-12 curricula. It currently offers Chemistry and Biology classes, with Microbiology and forensics labs on the way.

For more, check Late Nite Labs out at home here.