The venture capital industry is going through a ton of disruptions lately. One of the better explanations I’ve heard recently of what is going on comes from Duncan Davidson, a managing partner at Bullpen Capital who gave a great talk on the subject at TechCrunch Tokyo last week. I interviewed him backstage on video, where he summarized his views.

Just as there are now legions of “lean startups” which require less capital to build a product, Davidson argues that a “lean finance model” is also needed. “We are in the era of cheap. The whole concept is keep the company as lean as possible until the company validates its market, then you shovel the money in.” 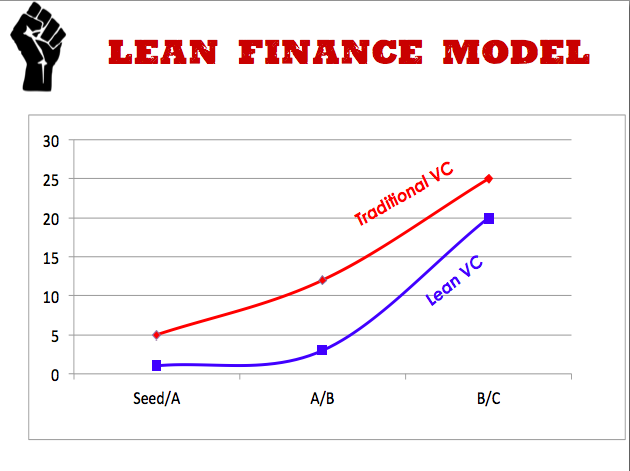 Tech startups don’t need $5 million A rounds when $2 million to $3 million will do. So A rounds now get bypassed until a company proves itself and then you see these huge later-stage rounds. Or sometimes the startup gets sold for $30 million to $50 million, which is okay, since it didn’t have to grow into a huge valuation to begin with.

In this view, we are not really seeing a Series A Crunch (where the growing number of seed-funded companies are failing to find series A money). Rather, they are getting smaller amounts to see them through until acquisition or a later mega-round where the big VCs throw their weight around. “I call it a shovel-in round,” he says. “We go under the A.”

He notes that now half of all of the first institutional money going into startups is now “coming from a new breed of super angels.” This is a dramatic change from just two years ago,when less than 10 percent of the money was coming from super angels (see slide below).

The big-name VCs will still do okay. In the first half of this year, 7 top-tier firms commanded 80 percent of all the money going to venture capital. It’s the middle tier firms that are scrambling for survival. 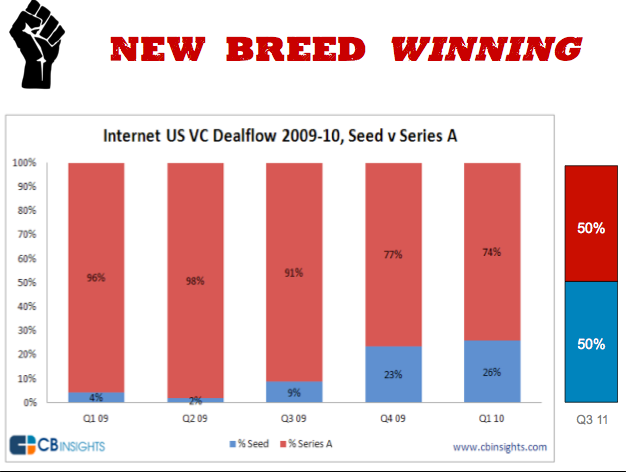