Top social game developer Zynga has been widely expected to go public anytime… for months. But now we have a date range — mid-December, according to DealBook. That follows up on an earlier report today by Fortune that Zynga is starting a “road show” to prospective public investors on Monday to stir up interest ahead of the offering. An amended S-1 is also expected that day detailing the number and price of shares, as Inside Mobile Apps also hears.

Finally, after months of media scrutiny about Zynga’s business and traffic (that the company has been legally prevented from responding to), and many a cancelled conference appearance by Zynga executives, public investors will get to decide what they really think.

If Zynga is going to go public as it had said it intended to in its original S-1 filing this past June, the time is now. Macroeconomic conditions are especially uncertain due to big questions around how Europe is going to get out of its ongoing financial crisis. If the eurozone falls apart within the next few weeks or months (or days), investors are likely to have even less interest in a new-fangled type of tech company. Larger fears could be contributing to the poor recent performance of other recent tech IPOs, like Groupon, and Zynga now has to convince the world that it’s different in a good way. And obviously, how Zynga does could shape the perception around the forthcoming IPO of its main platform provider, Facebook.

The good news for Zynga, on the revenue front, is that entertainment businesses (like video games) have tended to do well during tough economic times. People are willing to spend in part to get their mind off of employment problems, even if if doing so doesn’t make financial sense. As a significant proof point, the company can already demonstrate its massive growth across the span of The Great Recession. It also already shown increasing revenues in its S-1.

At the same time, the company has shown declining traffic across many of its titles, and it needs to make sure new launches like CastleVille and the latest edition of Adventure World can bring it back up. Check out my story from Sunday for more on that. It’s also getting nailed for its aggressive culture, with a couple recent articles reviewing long-standing employee issues, and its struggles to land big-name acquisitions. 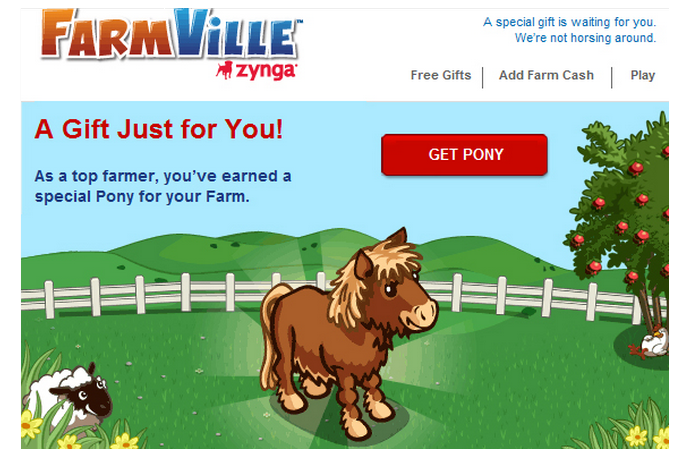 [Image via The Farmer’s Daughter. In case it wasn’t clear, an IPO “road show” is also sometimes called a “dog and pony show.”]