After hitting $11 million in mobile payments volume per day, Square is announcing more news—an update to the startup’s flagship iOS and Android payments apps. As you may know, Square Card Reader and companion app transforms any iPad, iPhone or Android phone into a full point of sale system.

One of the major additions to version 2.2 of the app relates to customer loyalty. Now merchants can reward their regular customers with a new in-app loyalty feature that allows merchants to recognize their most frequent customers when they enter their store. The new feature also allows merchants to offer repeat customers discounts, which the customer will see reflected in their Square Card Case.

As we’ve written in the past Square Card Case is a mobile app that consumers fill with ‘cards’ of all the merchants they visit and buy from who accept Square. These mobile cards include locations, merchant contact info, coupons, order and purchase history and more.

On the consumer side, Square has invested heavily in loyalty. Via the Card Case app, once Square’s technology detects you are near a merchant enabled store, the Merchant’s Square app will open a tab for the customer and show that customer’s account, name and photo as nearby. When the customer purchases an item, they say their name, and the cashier can verify the photo matches the customer and press the transact button and the charge will go through. The customer will get a push notification with the amount of the charge as well.

Now, Square enables merchants to define a ‘regular’ (for example, 10 visits over the past month) and they can opt-in to make this a default setting that will automatically reward the frequent customer. Whenever a ‘regular customer’ comes into an establishment, the merchant will see ‘regular’ on the screen and a discount will be provided within the payments system.

The latest version of Square now wirelessly with cash drawers and a receipt printer. The cash drawer will pop open when the merchant taps ‘tender’, and receipts can be printed with the merchant’s address and transaction itemization.(Previously Square only only offered text and email receipts).

Square also says the newest version includes an improved search and sales history, so that merchants can better track sales history, resend receipts, and provide refunds all from their point of sale system.

Square has been on a roll of late, processing over $2 billion in payments annually and signing up 800,000 merchants to use its technology. This year, the company also signed retail deals with Apple, Best Buy, RadioShack, Target and most recently, Wal-Mart retail stores. And Square recently welcomed new investor Richard Branson, on the heels of the company’s recent $100 million funding round led by led by Kleiner Perkins Caufield and Byers.

Obviously, this update is just the beginning for Square. You can expect that the company will soon add a number of other merchant features, but certainly loyalty, wireless sync with cash registers and more is a good start.

One thing we probably won’t see from Square in the near future is NFC. As co-founder Jack Dorsey said this week, the technology lacks a communication layer. “NFC only gives the merchant the identity [of the consumer] after the transaction,” he explained at the Techonomy Conference this week. 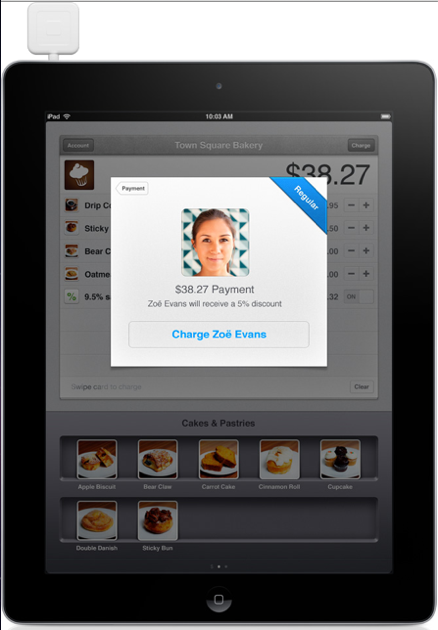 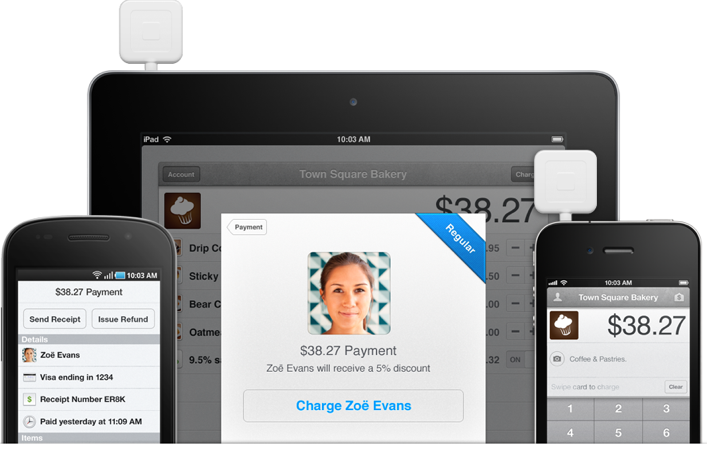