A Japanese company called Humanix [JP], in cooperation with Hiroshima University, has developed a small electric car that “wears” airbags on the body. I am not really sure if the result can be called pretty, but Humanix is claiming that (perhaps rightfully) their ”iSAVE-SC1” is the “safest electric vehicle in the world”.

The three-wheeled car offers enough room for three people and comes with inflated airbags on the front and rear, while the body is covered with tent cloth. Upon collision, the idea is that the air released from the bags will soften the impact. 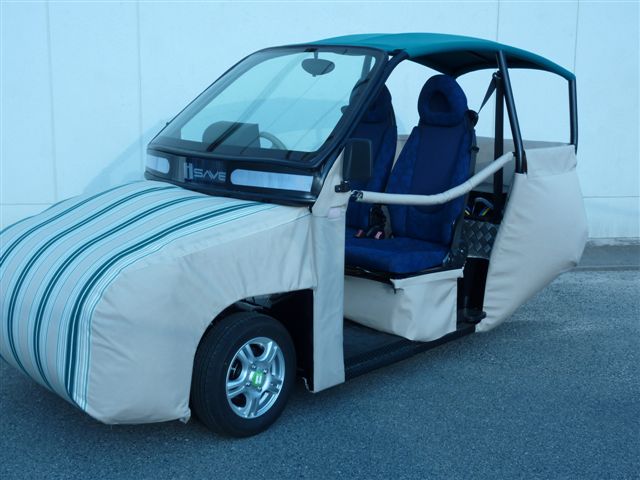 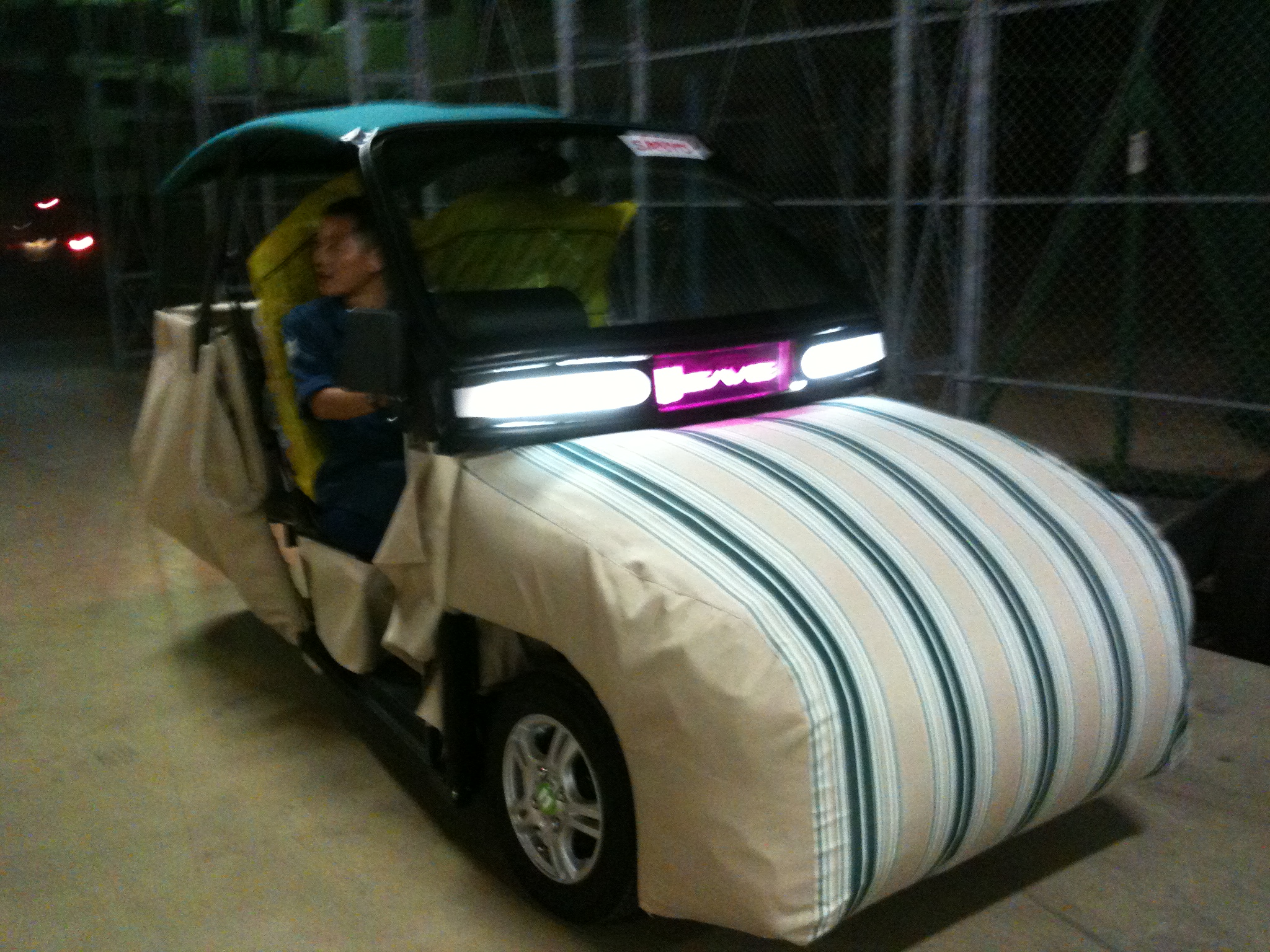 The iSAVE-SC1 reaches a top speed of about 50km/h and can be charged using conventional 100V power plugs.

Humanix is planning to sell the first cars in November (in Japan only) for US$10,400 before starting “mass-production” sometime next year. The company also set up a US unit in April this year in San Francisco.