EasyWeb Innovations, hereafter referred to as ‘EasyWeb’ or, alternatively, ‘some obscure patent troll looking to score coin by suing companies that actually innovate, rather than building and selling something’, has recently filed patent infringement lawsuits against social networking giants Facebook and Twitter. The suits claim EasyWeb holds five patents, with titles such as “Message Publishing System for Publishing Messages from Identified, Authorized Senders”.

Of note is the plaintiff’s lawyer, John Demarais, who is quite famous in patent litigation circles (he went from defending some of the biggest tech firms from patent trolls to working exclusively with and for patent trolls to attack them).

Easyweb states that it had informed Twitter and Facebook about the patents first on June 2, 2011, however, neither made any attempts or actions to license the patents-in-suit.

The plaintiff seeks damages (complaint is embedded below screenshot from patent docs). 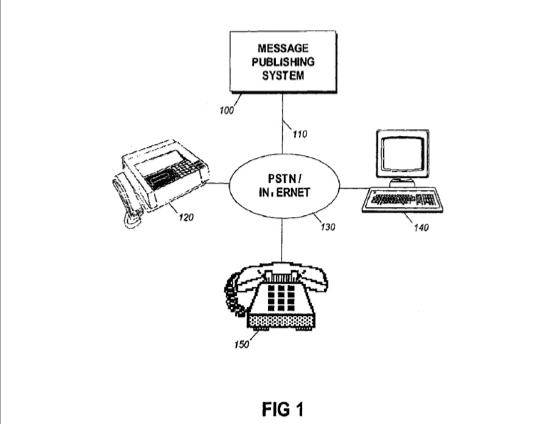