Good morning everybody. In case you needed a reason to stare at your computer screen dumbfounded for a few minutes, here is an amazing video, financed by tech titans Ron Conway and Sean Parker, endorsing San Francisco Mayoral Candidate Ed Lee.

Where to start? Well, the video is a remake of rapper and “deep” search aficionado MC Hammer’s ’90s hit “2 Legit To Quit,” with the person being too legit to quit in this case being Lee. In addition to an awesome and way too brief cameo by Googler Marissa Mayer, the video — official hashtag #fearthestache — also stars Giants heavy hitter Brian Wilson, who is debuting his line of pro-Lee T-Shirts (“Fear the Moustache”), NFL Hall-of-Famer Ronnie Lott, 49ers owner Jed York, will.i.am of the Black Eyed Peas, former San Francisco Mayor Willie Brown, YouTube’s Hunter Walk and of course Twitter co-founder Biz Stone.

In case it doesn’t come through, I really really like this video, mostly because it is the most hyper-self aware thing I’ve seen in a while — Created by Portal A Interactive, the agency behind the SF Giant’s “Don’t Stop Believing” video, it’s basically begging to go viral. “Typical endorsements aren’t always effective– It gets really cluttered,” Conway explains, referring to the strategy behind the unique form of endorsement, “This will cut through the clutter.”

Okay so Ed Lee, whose campaign slogan is the marvelous “Gets It Done,” is obviously not afraid to laugh at himself, fine, but why the outpouring of support from people like Mayer and Parker? “We believe that Ed Lee is very tech friendly and that’s why the tech community is embracing him; he kept Twitter in San Francisco and he abolished the tax on private company stock options,” says Conway.

“His number one platform is to create jobs in San Francisco — namely via tech companies. If we create jobs we solve the economic problem; if the unemployment rate goes down, all the problems associated with it will go down,” he continues.

The San Francisco Mayoral election takes place on November 8th; Lee fans itching to take action sooner can pledge to vote for the current interim mayor on Votizen at Votizen.com/Edlee 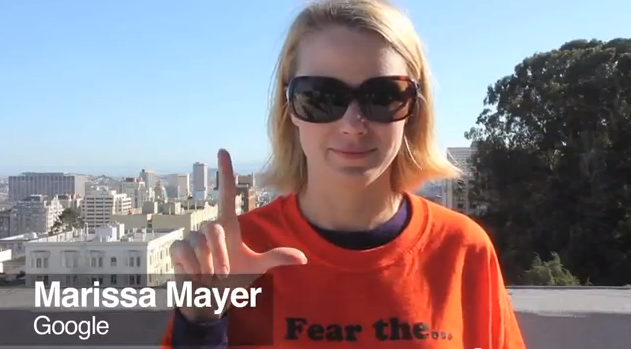 [verse]
My my my, music hits me so hard,
Newsom left and they put him in charge,
Thank you, for blessing me,
and the rest of the city with Mayor Ed Lee
Got us all sayin’ “Run Lee Run”
Only 5 ft 5, but he gets (bleep) done
So tell them other candidates to find a bus pass,
Unless you ridin with us…FEAR THE MUSTACHE!