You may agree with Wikileaks’ mission. Or you may think they’re a menace. Or perhaps something in between. But here’s one thing you can’t deny: they’re an organization, with a leader, a name, and (however well hidden) servers, bank accounts, and so on. They also have principles — which, again, may not be to your liking, but they at least exist: removing certain identifying information, distributing to press by certain means only, etc.

The world’s dominant payment institutions are preventing people from donating to Wikileaks. I suppose that’s their prerogative, and of course their senators and MPs would have a fit otherwise. But I’m not sure they realize exactly what they’re getting into. They must not be familiar with the Hydra.

This is the second time I’ve had recourse to this metaphor in the last few months, to both my delight and disappointment. In August, recording labels shut down an innocuous and very much not unique service that let you download videos from video sharing sites. They failed to understand how little this takedown mattered, it seems, and chances are they only made it worse for themselves.

But that’s just a matter of money and copyright. The stakes are a little higher with Wikileaks.

What do Visa, Mastercard, et al. expect will happen once they’ve ground Wikileaks into the dirt? The reasons they’re doing this are almost certainly political, and those political reasons have roots in fears of the integrity of governments opaque to public oversight. Whether or not you agree with the degree of transparency idealized in Wikileaks (i.e. some things must remain secret), it should be obvious that the cat is already out of the bag.

Why does Wikileaks need money, anyway? The volume of information they’re sifting through, redacting, tagging, distributing, and so on, is immense. There is obviously demand for the service they’re offering. Just as there was demand for, say, digital downloads of music in the days of Napster. But Wikileaks isn’t Napster. Napster was a free-for-all, essentially data-agnostic, chaotic neutral if you will. Wikileaks is the iTunes of global leak management. It’s a known entity, centralized, connected (though perhaps not liked). If they’re forced to shut down, what happens to that demand? 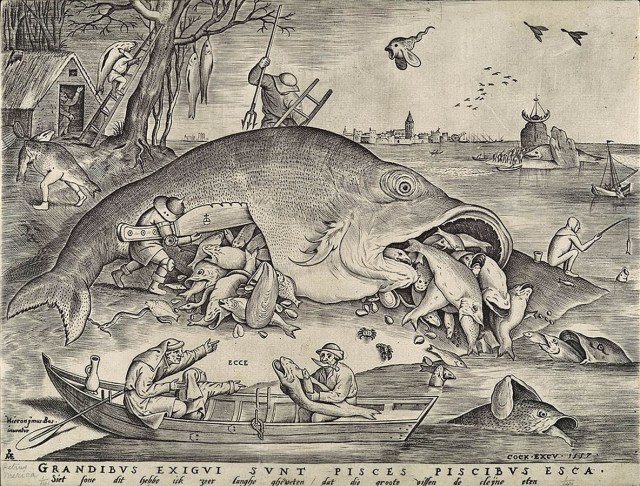 I’ll stop being circuitous. What will happen is the information being sifted by Wikileaks (and a few other growing and semi-legitimate leaks-type organizations) will be distributed anyway, by whatever means is convenient. It will be chaos, uncontrollable, unredacted, and entirely in the hands of the people least likely to be responsible with it. Is that situation inevitable? Probably. But that doesn’t mean we should be in a hurry to bring it about.

It really is a case of the devil you know or the devil you don’t know. Unfortunately, governments and institutions like Visa have their hands tied. They can’t make the right choice because it’s untenable politically. In the end it’s going to turn out worse for everyone involved.