GoPro is ready to take action cameras to a whole new level. Again. The Half Moon Bay-based company just released the HD Hero2 Professional, a major refresh over the original (and much loved) HD Hero. Chief among the updates is a new video sensor that has twice the performance as the original including better low light capture. This new sensor is paired with a different lens that not only improves the overall clarity, but also features a 170 degree field of view rather than the 127 found in the older HD Hero. Yep, your extreme tomfoolery will look that much more awesome. 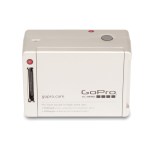 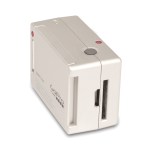 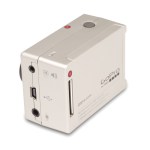 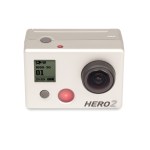 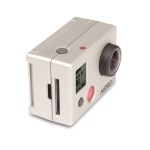 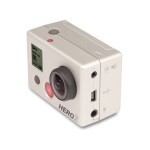 The HD Hero2 looks very similar to the original. It’s the same square form factor, which allows it to fit into the existing housings. However, GoPro improved the user experience markedly. A bonifide user interface now occupies the tiny LCD rather than a cryptic single character menu system (the original is horrible). Plus, the camera now has LED status lights on four sides rather than just the front.

The big improvement involves the internal systems. The new sensor and processor allows for incredible burst modes: 10 photos per second or one every .5 seconds. The faster sensor allows for 960p at 48 frames per second, 720p at 60 fps or WVGA at 120 fps. Plus, the sensor is capable of still photos at 11 megapixels, a huge upgrade from the 5MP sensor in the HD Hero. The new model also has an mini-HDMI port, and 3.5mm external stereo mic input along with a 3.5mm composite video port. Like the HD Hero, the HD Hero2 is also compatible with the BacPac add-ons including the upcoming WiFi BacPac that will add remote management through a small wireless remote and a smartphone.

GoPro dispatched the $299 HD Hero2 to Best Buy last week should the should be hitting your local store within the week. The model is also available on GoPro.com.

My buddy Dan strapped on the new HD Hero2 and braved a cold northern Michigan afternoon at Hartwick Pines State Park to capture the sample footage above. True to GoPro’s word, the new model’s video quality is definitely an improvement but the updated user interface is even more appreciated. The UI on the orignal is so obscure that I constantly have to refere to the instructional booklet. Plus, the multiple recording status lights allows users to see the recording status without sticking their head in front of the lens (all my videos started with a pic of my face looking oddly into the camera). There simply isn’t a more versatile and capable extreme recording system than the $299 GoPro HD Hero2.