NEC announced the so-called Tele Scouter [JP] in Japan, a futuristic, see-through head-mounted display (HMD) for augmented reality applications. The device is based on the AiRScouter, which Brother has been working on for years (and which we covered here, here and here).

The Tele Scouter, which NEC calls a “Wearable Computer”, is sized at 75×40×35mm and weighs 64g. Powered by a Windows Embedded CE 6.0-equipped (portable) terminal, it produces pictures in 800×600 resolution that can be superimposed onto the real world. 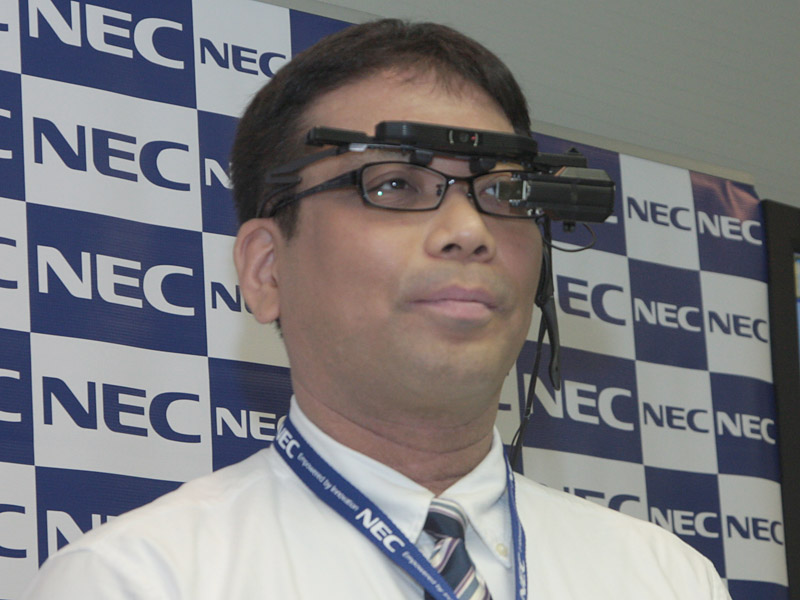 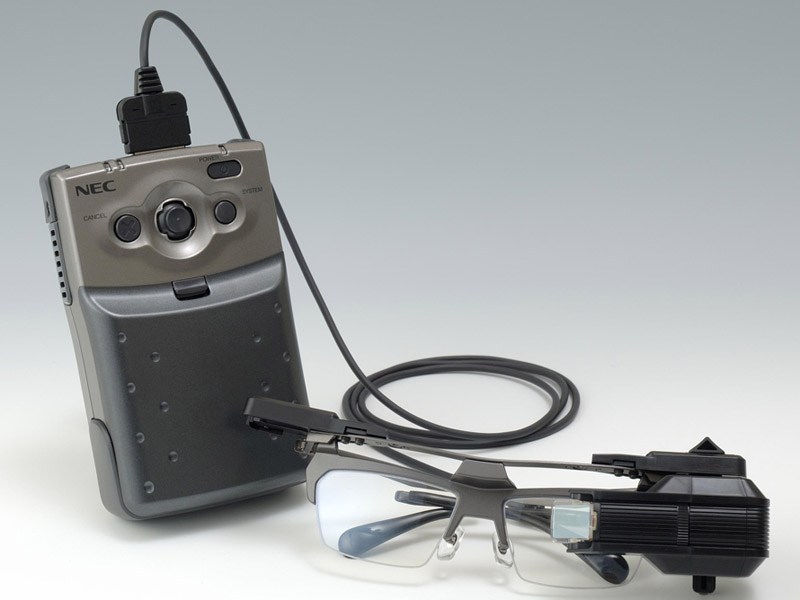 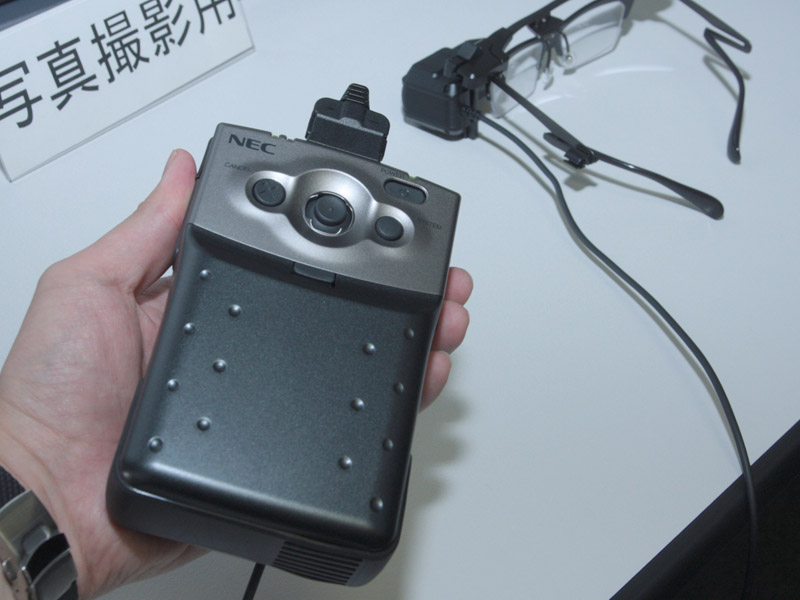 NEC says that when worn, the Tele Scouter creates the impression of a 16-inch screen that’s about one meter away from the user’s eyes. The company sees the device used for device assembly, parts picking and selection, and remote operations in factories (battery life: 4 hours).

No word yet on a possible international release, but the Tele Scouter will be priced at US$5,200 in Japan. The software goes for an extra US$24,000 (release date: December 26).