Say goodbye to Android as you know it. Ice Cream Sandwich (otherwise known as Android 4.0) is coming, and it’s the biggest upgrade Android has seen to date.

But fancy new software isn’t the only thing Google’s been working on: they’ve also just announced their new flagship Android device, the Samsung-made Galaxy Nexus. I got to spend a solid chunk of time with both the new hardware and the new software, and have returned with a venerable mountain of first impressions, insight, and the best damned demo video you’ll find anywhere. 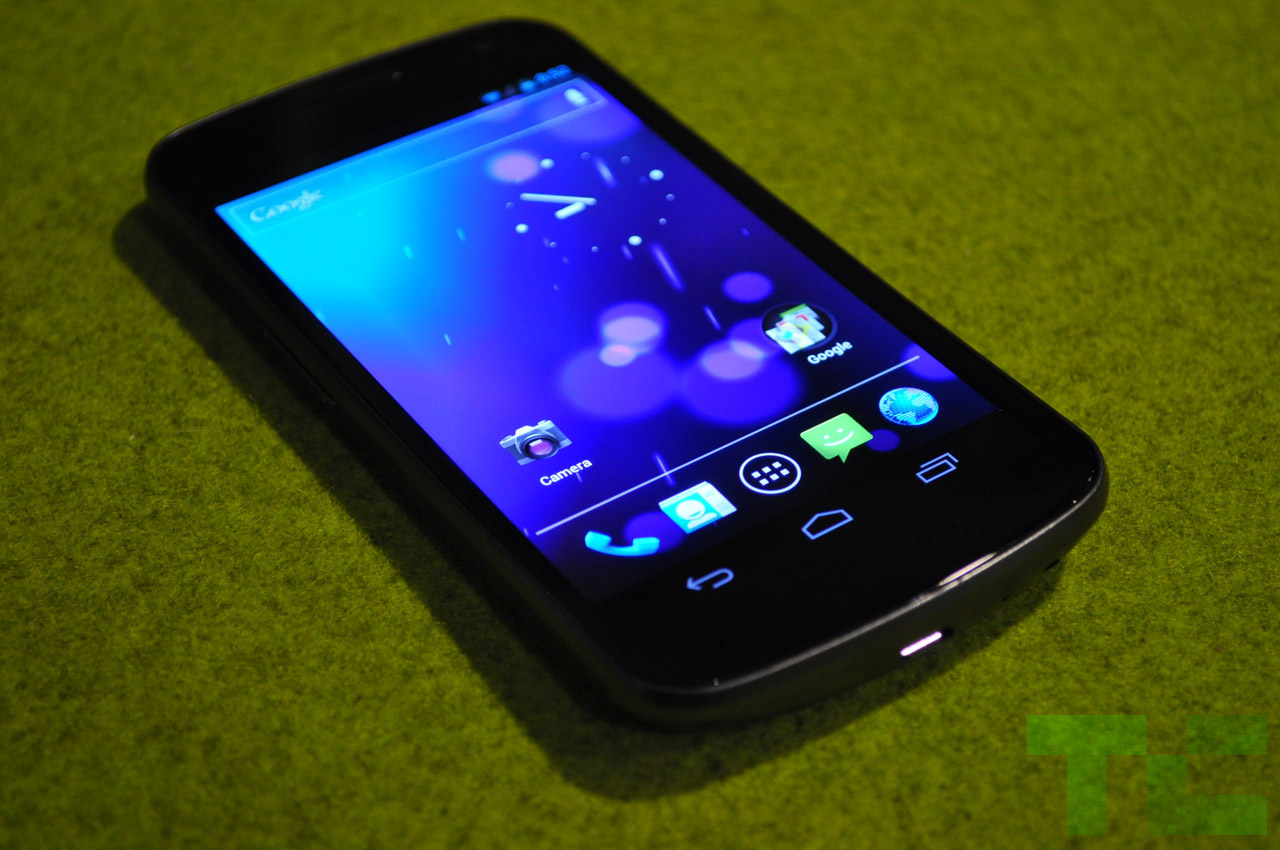 As an army of now-unemployed webOS employees could tell you: without good hardware, good software is nothing.

Fortunately, the Galaxy Nexus is — at least from what we’ve seen so far — good hardware. Really good. As in, quite possibly the best looking piece Samsung has ever built. Take the resoundingly solid design of the Galaxy S II, add the subtle curve of the Nexus S’ display, throw in some svelte curves for good measure — Ta-da! You have the Galaxy Nexus.

Appearing from the side as something not unlike a teardrop, the Galaxy Nexus tapers from above down into an ever-so-slightly thicker base. Unlike the “hump” found on the rump of the Motorola Droid X (or even the just announced Droid RAZR), however, Google tells me that the deeper base is designed as such for sake of ergonomics, rather than as a store-all for the device’s thickest components. Also unlike the Droid X, the Galaxy Nexus’ wider bit doesn’t detract from the device’s overall look. 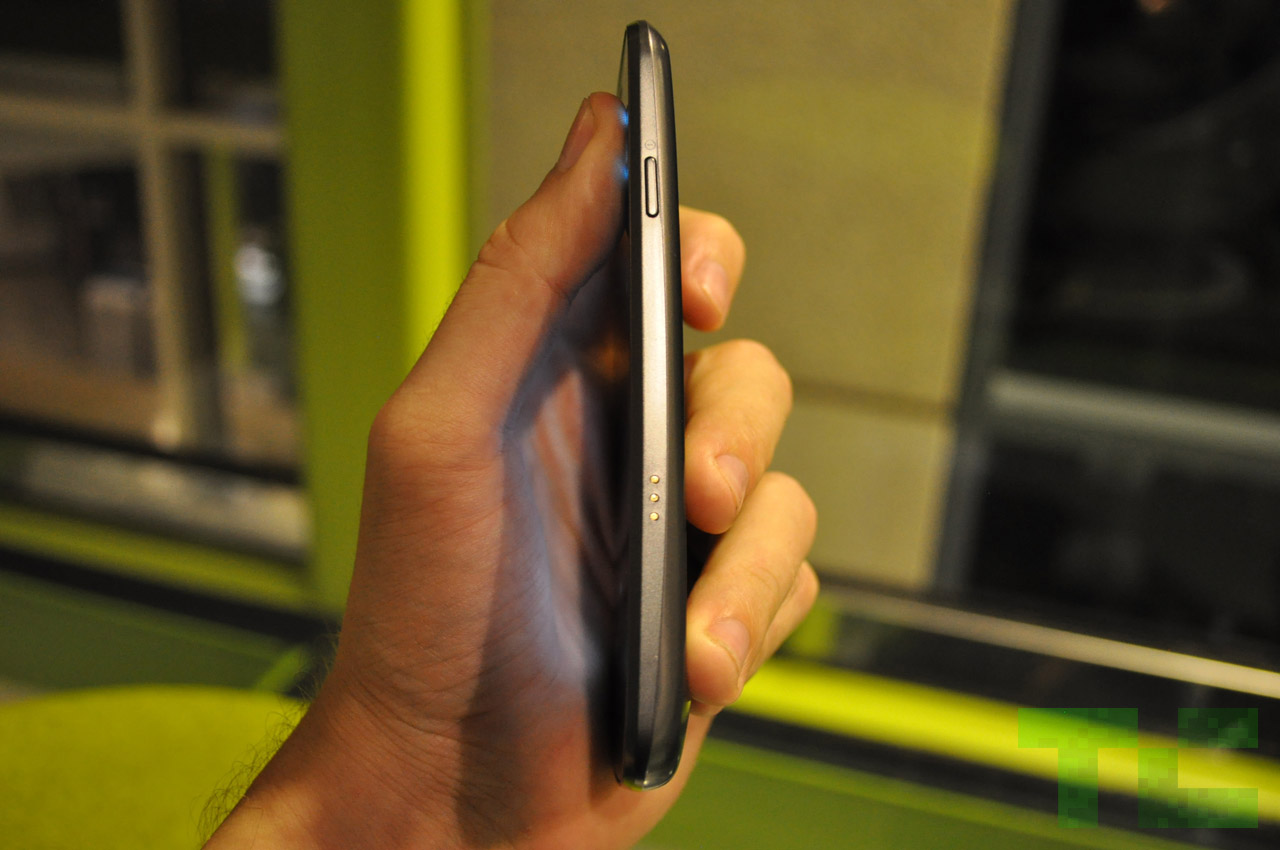 There was one bit of the body that I wasn’t a fan of, though: the battery cover. Like many a Samsung before it, the Galaxy Nexus’ battery cover is made up of a chintzy-feeling plastic. You wouldn’t notice until you pulled the cover off… but once you do, it just sort of sticks with you. My opinion may be swayed a bit after having seen the exceedingly slick Kevlar rear of the Droid RAZR this morning — though arguably, the RAZR’s rear panel isn’t removable.

Samsung has been improving their Super AMOLED series of displays at a breakneck pace, and they didn’t ease off the gas for this one. With an HD resolution of 1280×720 (a first in the mobile world) and coming in at a mindblowing 4.65″, I couldn’t help but wonder: would the screen be too big?

The answer is no. In most cases, it felt no larger than the now relatively commonplace 4.5″ screen. Why? It’s all about the buttons. Where previous devices might’ve put their capacitive hardware keys, the Galaxy Nexus puts more display. The buttons become a part of the screen itself, allowing the screen to appear to be a more comfortable 4.5″-or-so during regular use, expanding out to 4.65″ (by hiding the onscreen buttons) only when it’s most beneficial to the experience (like during video playback.) This on-screen button trickery is an optional offering of Ice Cream Sandwich, so expect other manufacturers to pick it up stat. 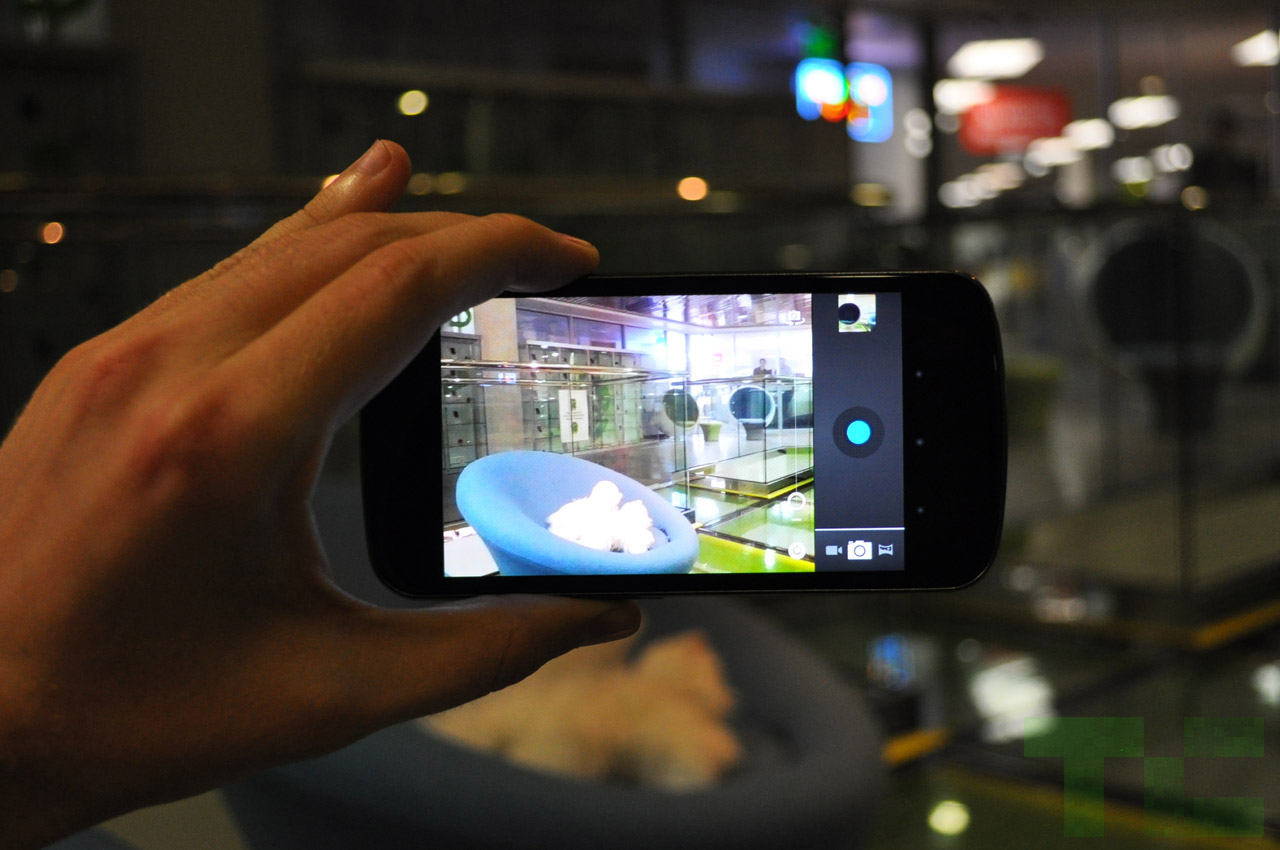 Though I didn’t manage to finagle a sample shot to offer up as evidence, the quality of the device’s front and rear camera seemed about average. I tested the device in a relatively low-light room, and I was neither harshly disappointed nor overwhelmingly impressed. 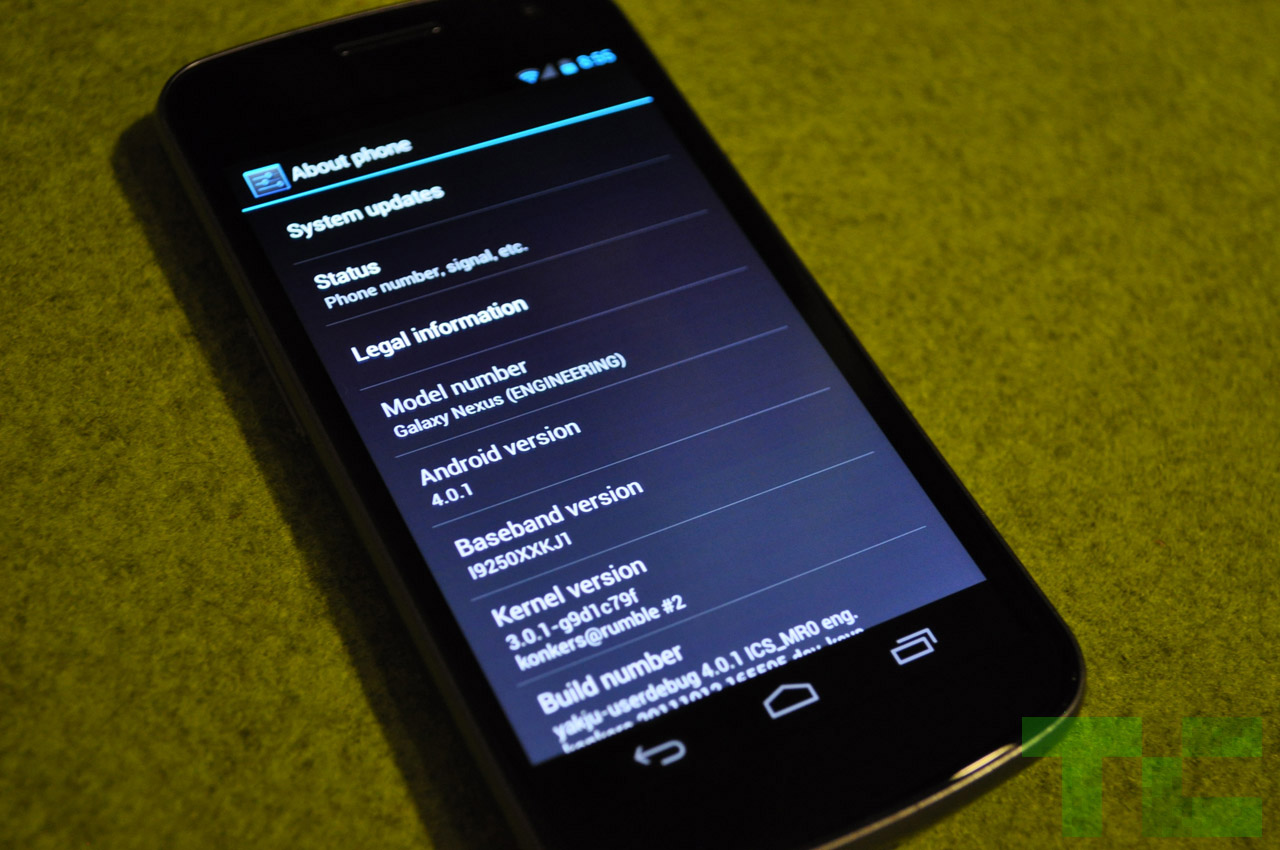 Ice Cream Sandwich is Android as it should be.

Oddly, I never liked Honeycomb, the tablet-only predecessor from which Ice Cream Sandwich takes so many visual cues. Both Honeycomb and Ice Cream Sandwich share a generally dark motif. Stretched out across a tablet’s display, that darkness can come across as a depressing, empty void. On the smaller display (as weird as it is to classify a 4.65″ display as “smaller”) of a smartphone, however, it’s sharp. I’m also a sucker for symmetry, and the center-aligned icons of ICS on a phone (as opposed to the side-aligned icons on a Honeycomb tablet) just look better.

What it’s not — at least not yet — is flawless. There was a crash here and there, and a tense moment or two when a slider just… wouldn’t.. work. Google was quick to note that the build I was seeing was a relatively old one — but even if it weren’t, they still have weeks to stomp out the lingering bugs for the initial release, and months before anyone really expects Ice Cream Sandwich to trickle out onto a wide array of devices. They’ll fix it up right.

This is the first time in a while I’ve been genuinely excited about Android from a software standpoint, and I look forward to seeing more of ICS in the future. We will, of course, give it a full review as the launch approaches, so be on the lookout for that