Glitch, the storied massively multi-player online game we’ve been chronicling for 23 months now, opens to the public today at 10 am PST. In case you were wondering, Glitch has been garnering so much attention and press time because the company behind it, Tiny Speck,  is the brainchild of some core members of the original Flickr team including co-founder Stewart Butterfield, Cal Henderson, Eric Costello and Serguei Mourachov.

Butterfield categorizes Glitch, whose setting is inside the brains of 11 giants, seriously, as an infinite game — where the goal is to keep playing, to continue the game for continuing the games sake. Cool with me.

Butterfield explains that the difference between Glitch, which has infinite amounts of originality poured in it from all angles and an obvious care and craft to every art-directed pixel,  and a Zynga game is that Glitch is “much deeper, larger, and more open-ended — [with] hundreds of items and skills which can be recombined in all kinds of ways and it is also played together, in real-time, with thousands of other players who all have an impact on the way the world unfolds ….”

He holds that Glitch is, for lack of a better word,  more “authentic” than the offerings at  Zynga, “It is the way it is because we think it is beautiful and awesome and what we wanted to build, rather than designing in a certain way because we think it will monetize better (or, worse, because we think we can manipulate people into spending money or bugging their friends).”

MG has written the tech-reporter equivalent of novels about this, sure, but on first impression, Glitch is impossibly twee, but in a good way, letting you pet a pig for mood points or pocket a tube of butterfly massage lotion for whenever you may need it. Perhaps its $10.7 million in Series B from Andreessen Horowitz and Accel affords it some creative license? In contrast to many social games that rake in cash by charging for in-game advantage, Glitch plans on monetizing through a subscription model, which, as far as I can tell, it hasn’t quite yet set up.

The game currently has 27K users and “hundreds of thousands” of requests. And, for the first 109 TechCrunch readers that click here past 10 am, those requests will be fast tracked — in case demand outweighs supply post launch. Which I’m sure it will. 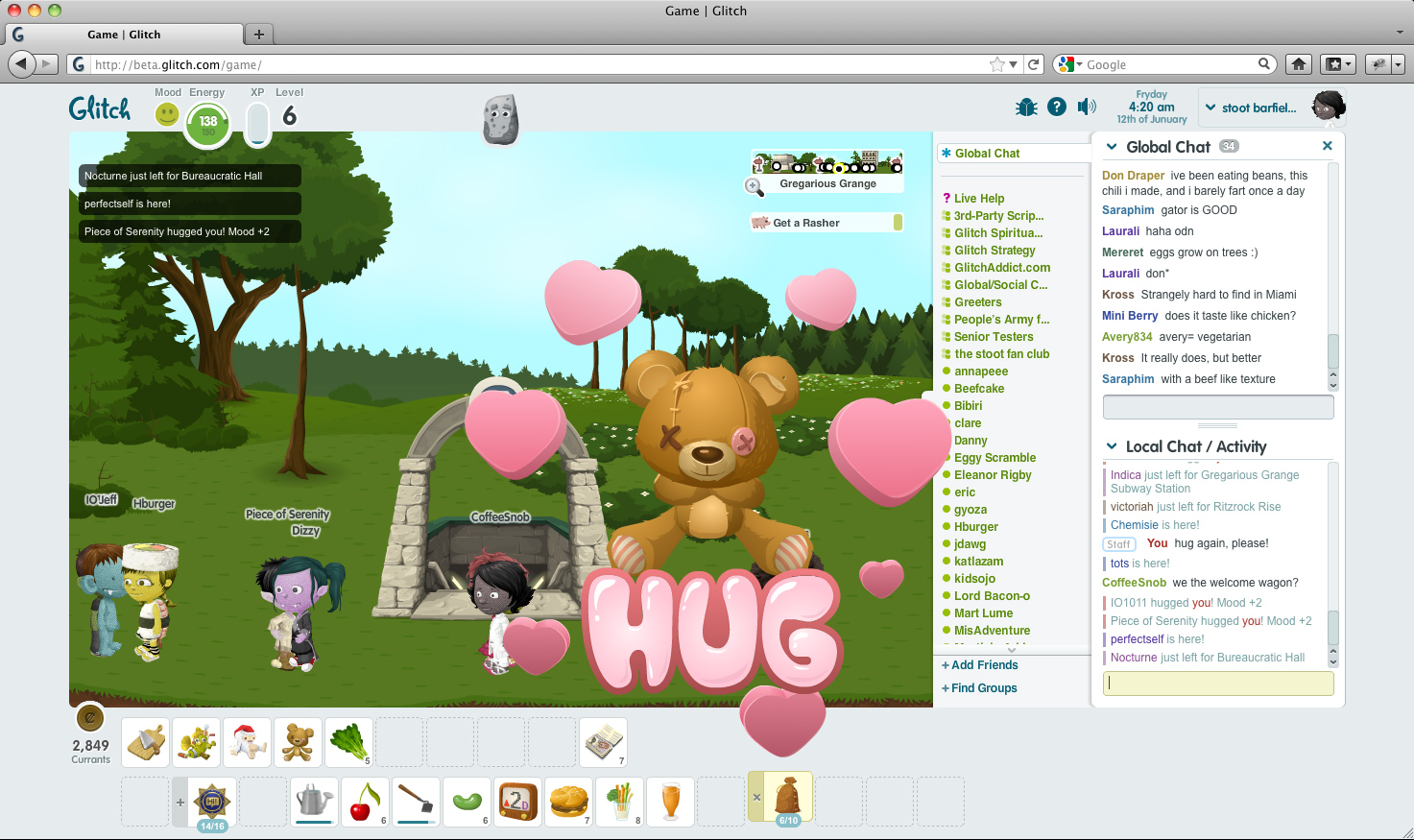