I remember when we first got cable, back in the late 80s I suppose, and even as a youngster one of my first thoughts was “man, do we really need all these channels?” That suspicion, that we were perhaps being sold the whole buffet when we knew exactly what we wanted already, only became stronger with time, and before long it was a running joke shared by many in the world. 500 channels and you end up renting a movie because nothing good is on.

Selling the whole package, dozens or hundreds of channels, has been part of the cable TV business model for a long time. It enabled smaller networks to grow and flourish under the ownership and careful tending of larger ones. But cable providers never talked about it as a reality of the TV business. They always just said people didn’t want a la carte. A funny thing to tell the people asking for it.

Now, with those same people getting their content a la carte by whatever means necessary (and feeling justified after decades of mistreatment by cable companies), it appears that Comcast, Time Warner, and the rest of the cable giants are changing their tune.

Yes, it’s hard times for cable, and according to Reuters, they’re hatching a plan to salvage as many subscriptions as possible by putting a la carte back on the table. The trouble is that all the deals they’ve cut with content providers like Disney and Discovery during the salad days of the 90s and early 2000s are hindering that plan. The cost of business has been rising steadily as the value of a cable TV provider has dropped. When Fox or ESPN has millions of viewers online and commands a stable of premium content, the balance of power starts to change. Why Comcast et al. didn’t see this coming a decade ago is beyond me — unless, and this is just speculation, the future was obscured by their enormous hubris. 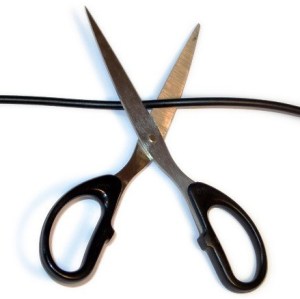 The ugly truth for them is that their mode of distribution, as totally indispensible it was to hundreds of millions only a few years ago, is now just one of many, and its new competitors are cheaper, more mobile, and occasionally more convenient. These days people can barely bring themselves to pay for anything online, and that philosophy is leaking into the cable world. Cable-cutting isn’t a real possibility just yet (the contenders for TV replacement, Google TV, Hulu, and so on being still in their infancy), but if a family needs to cut costs, that $80 per month cable bill is a mighty easy pick. The streaming services may not quite be there, but they sure as hell are cheaper, and they don’t make you pay for four hundred channels you didn’t ask for.

Unfortunately a contraction in this sector isn’t likely to be popular in the industry. The potential for riches is still huge, and no one wants to hear that maybe their company will only launch 12 new shows this year instead of 18. But that might have to happen as a stopgap as the rest of the distribution question gets itself figured out. Unless they want to float a billion or two in production costs.

The “let the market decide” philosophy has never been a favorite in the TV business. “You’ll watch what we tell you to, when we tell you to” is a little more their style. And they might have stuck to it a little too long. And right now the market is deciding to leave them behind. If they’re smart, they won’t half-ass this little juke they’re doing, because it’s either this or a death spiral. Not that other industries haven’t chosen the death spiral (I’m looking at you, RIAA).

I say bring on the a la carte. If consumers won’t pay $4 a month for 24/7 access to ESPN or the Discovery Channel, well, what the hell were they worth in the first place?