Austin-based video startup latakoo has a funny name (it’s some kind of lark), but a great idea: make it easier to transfer HD video. Built by a group of journalists and technologists to solve the real-world problem of video-sharing in the newsroom environment, the company has already attracted over 200 paying customers, including many TV station groups. With latakoo’s tool called Flight, videographers can quickly compress and upload large video files in a matter of minutes. Those videos are stored in latakoo’s Web-based cloud application, and can be privately shared with colleagues who can download the file on their end in a smaller, more compressed format.

The tool, a software program that runs on your computer, compresses HD video to 1.5 to 5% of the original’s video’s file size, while still maintaining the video’s quality and resolution, the company claims. The compression techniques it uses aren’t new – in fact, they’re open source techniques which have just been better optimized for the startup’s purposes. The outputted video is served up in MPEG4 format with all the audio channels intact, as is often needed for editing purposes.

Videos shared through the network are never public, but are only available to those you explicitly share them with. This makes latakoo a good fits for the newsroom environment, or for any other company needing to move large video files around in a more efficient fashion. Videos can be shared outside the network, too, using email. Non-logged in users are emailed a link that directs them to a download page. 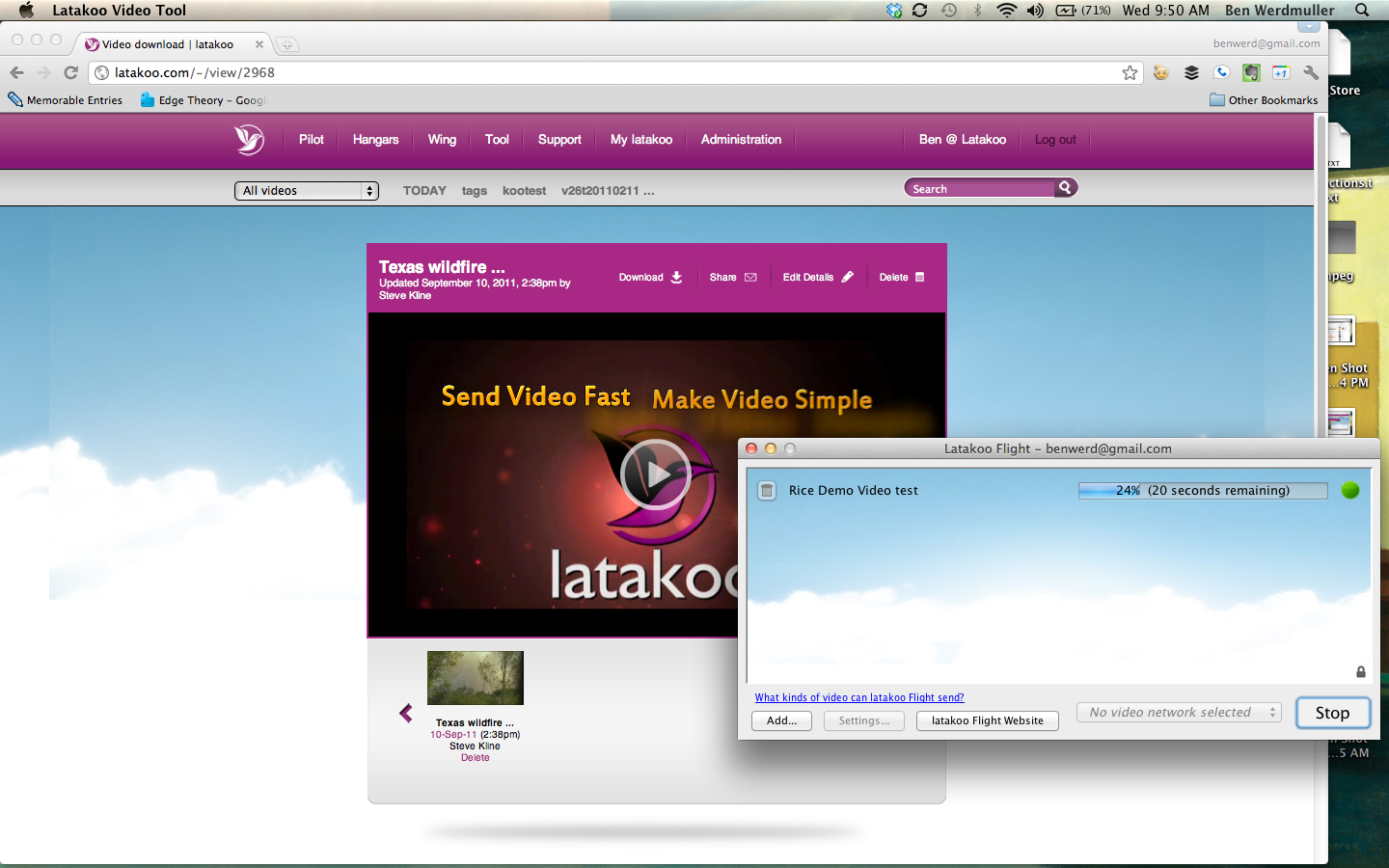 Unbelievably, video-sharing in the newsroom is often still done through very old-fashioned methods, as latakoo’s founders knew from first-hand experience. Some of its customers were, prior to adopting the service, sharing video using tape, syncing servers over satellite connections, FTP or file-sharing services like YouSendIt. While the latter will work for sharing large files, the process of uploading an HD video to file-sharing service is painfully slow.

Latakoo had a soft launch earlier this summer, using the journalist founders’ connections in the industry to seed the product to a handful of newsrooms for testing purposes. Since then, word has spread virally, through word-of-mouth recommendations. The company’s subsequent customer base actually came to them, instead of the other way around. In addition, because latakoo is not a free service, all of its customers are already paying for the product. There are several payment tiers currently available, mostly monthly rates based on minutes of video delivered. There is one pay-per-minute plan available for the more occasional video hobbyist user.

Jon Orlin, who runs TechCrunch TV, was initially a skeptic.  But he did some beta and real world testing and was very impressed.  Orlin says “Latakoo solves a real problem for us.  We recently had some large HD video files shot for our Keen On show in Aspen.  Andrew Keen was able to use the simple compress and upload software to send the files to us for editing.  Without Latakoo, it would have taken at least 6 hours to just upload the files.  We were able to complete the transfer and start editing in less than 30 minutes.  And the quality was perfectly acceptable, even after the heavy file compression.”  Orlin adds there are other ways to transfer large video files, but most involve expensive hardware or software.

The company closed its seed round of $1.3 million just prior to this week’s TechCrunch Disrupt conference. The money will be used to grow the company and the product, starting with the rollout of more features and improvements over the next few weeks, including social sharing mechanisms for uploading the compressed videos to YouTube or posting to Facebook and Twitter. Latakoo has an API, too, which will allow in-house developers to build applications on top of the service for things like automating the video downloads.

Update: 3:30 PM EST, Ben Werdmuller von Elgg of Latakoo reached out to inform us that he had given us the wrong number of paying customers before (40). The actual number is now over 200, he says. We’ve updated the post to reflect the change.