Jayme Martin, VP and GM of Nike Running, has emailed a letter to Nike+ users, apologizing for the platform’s performance over the past few months. He says that Nike is aware of a number of issues that have been affecting its users, including problems logging in, syncing devices, sharing runs and editing profiles.

“Just like you, we hold ourselves to incredibly high standards,” writes Martin, “and right now Nike+ isn’t living up to them.”

The letter also revealed Nike’s plans for a new Nike Plus platform that will resolve these issues as well as add more features.

Nike+ is a comprehensive sensor-assisted platform for runners, which uses an accelerometer either strapped to the body in a watch, band or other gadget. It can also use the iPhone’s accelerometer in combination with an app which adds GPS details to the data it collects. With Nike+, runners can record the details of a run, including how fast they went, how far they ran, how long the run was, how many calories were burned and more.

However, for the past several months, the Nike+ platform has been experiencing problems. Not all users have been affected, notes Martin, but clearly enough were to require this emailed apology.

“Wow, this is embarrassing,” the Nike Running rep wrote on Facebook around three months ago. In fact, they even admitted that the Nike+ page wasn’t fully compatible with IE9, a browser that went public in mid-March, but had been available in developer previews starting in March 2010. Embarrassing, indeed.

And I’m sure it has nothing to do with the Flash-based monstrosity that is the Nike+ website. 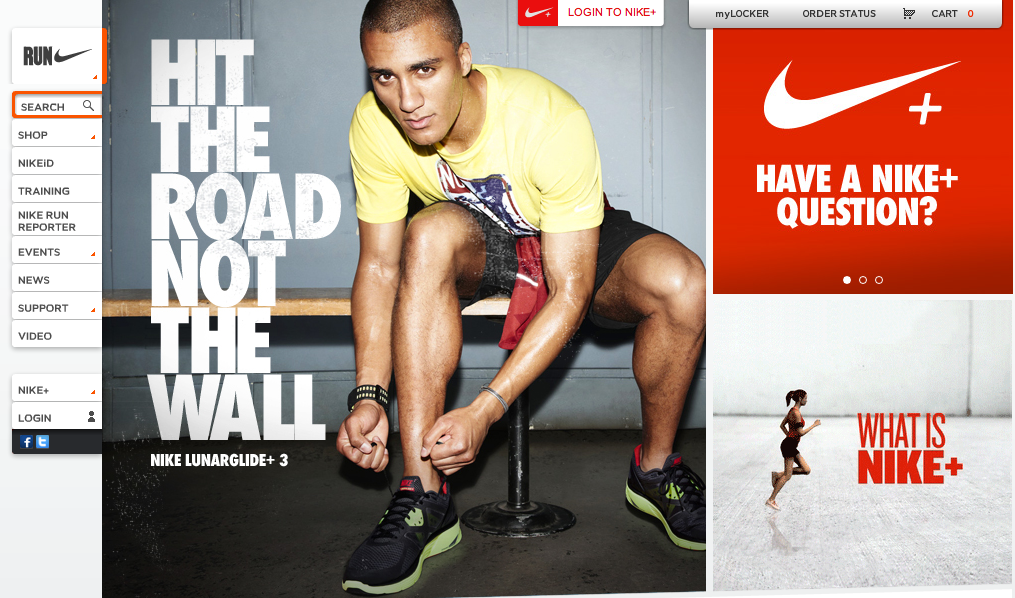 Nike says that it has now resolved the issues related to the slow logins and login failures and has improved the ability to sync devices, log runs and post that information to Facebook. An updated version of the Nike+ GPS app (iTunes link) is arriving soon, too.

In addition, Nike is promising a completely revamped Nike+ platform that will include better coaching, maps and challenges. The new platform will be “faster, more social and easier to use” and will launch alongside some other “really exciting new products and services.” No word on what those are just yet, but as a former (OK, occasional) Nike+ user myself, I’m holding out for an HTML5 site before I return.

The full letter is below:

It’s been a tough couple months for Nike+. We know from the feedback that there have been a number of issues, including logging in, syncing devices, sharing runs and editing profiles. Not everyone has been affected, but if you have experienced any of those problems, I’m genuinely sorry. Running is supposed to be pure, simple and uncomplicated. And Nike+ is supposed to enhance it, not make it more complex.

Just like you, we hold ourselves to incredibly high standards, and right now Nike+ isn’t living up to them. There are lots of reasons why these problems began, but this letter isn’t about the excuses. This letter is about what we are doing to fix them and what’s coming next.

As of today we have increased login speed and eliminated a majority of login failures. We have improved your ability to sync devices, log runs and post information to Facebook. We are also working on a new version of the Nike+ GPS app that will be released shortly. It will introduce some great new features and address some of the recent bugs.

Things are better but we aren’t done yet. We’re working on a brand new platform for Nike+ that includes better coaching, maps and challenges. It will be much faster, more social, and easier to use, providing more information and analysis of your runs. Also in the works are some really exciting new products and services. We are committed to relentlessly improving and innovating to ensure that, just like you, Nike+ is never standing still.

Thanks for taking the time to read this. If you have any thoughts or questions please email us or go to our Facebook page and we’ll get back to you.

Thanks for your patience. We really appreciate you being a part of the Nike+ family. There are great things to come.