Since February, we’ve been waiting for our turn with the Galaxy S II. With the handset floating around Europe and Asia, it’s been hard to remain patient. But today is the day: the U.S. versions of the Samsung Galaxy S II are here and we’re ready to get up close and personal at Samsung’s media event in NYC.

Just how different are the U.S. versions from the international? Has resolution been forfeited for size on that Super AMOLED Plus display? Does it feel as good as it looks? What about that new and improved TouchWiz UI? Is it actually any better? No worries. We’re here to answer all those questions and more. 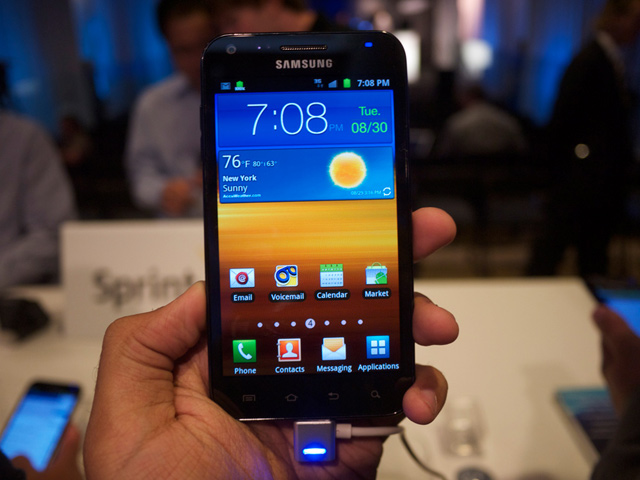 Aside from that awfully exhaustive name, this thing makes me giddy. I’m still a bit torn between this and AT&T’s GSII, but in terms of design, the GSII Epic 4G Touch is quite the looker. The straight edges and rounded corners (opposed to the entirely rounded out T-Mo iteration) look and feel sharp. It also reminds me of another popular phone you might have heard of, the iPhone 4.

Here’s the issue: Sprint’s iteration, along with T-Mo’s, has a 4.52-inch Super AMOLED Plus display. It sounds awfully clunky at that size, but it’s actually really wonderful. The problem is that both Sprint’s 4.52-inch display and AT&T’s 4.3-inch display tout 800 x 480 pixels of resolution, which means that AT&T’s display comes off looking super rich and smooth while Sprint’s is a bit pixelated in comparison.

In the hand, the Epic 4G Touch isn’t as attractive as it is on the eyes. It feels a bit… cheap – almost like it’s too light for how big it is. I know light is supposed to be a good thing, but something about the weight here felt off.

I guess that’s your call, but for me it was lacking that nice, solid feel. 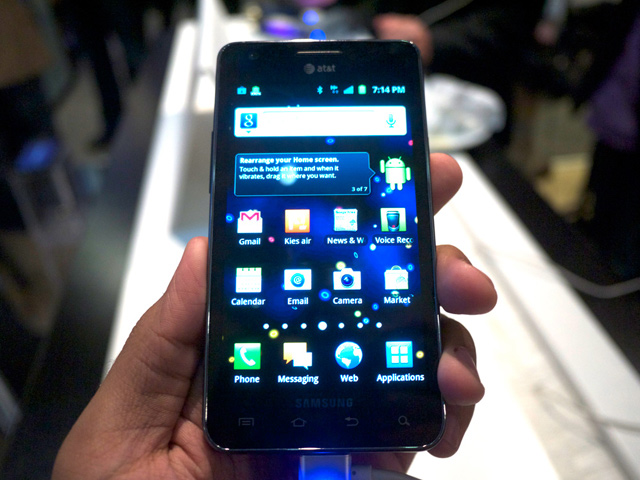 I hate to play favorites, but AT&T’s version takes the cake. Why? Because a bigger screen doesn’t always mean a better screen. Like I said earlier, since AT&T has remained true to the 4.3-inch screen on the Galaxy S II, the 800 x 480 resolution on this puppy is absolutely gorgeous.

You’d think the variation would be rather minimal between models, but it becomes blatant when shooting pictures and video. The added pixel density makes a difference, especially when the phones are side-by-side.

We’re usually not too fond of these custom UIs the manufacturers love to slap on their Android devices, but the new and improved TouchWiz isn’t all that bad. It’s notably faster, and bit cleaner than the previous versions we’ve seen. It’s certainly not our favorite feature of the phone, but at least Samsung is improving in the UI department.

Though it’s a hair smaller, the AT&T variant design is more angular than T-Mobile’s. In fact, it is nearly identical to the international Galaxy S II — which is completely okay with us. I mean, that model did sell 3 million in its first 55 days on the market. If it ain’t broke, right? 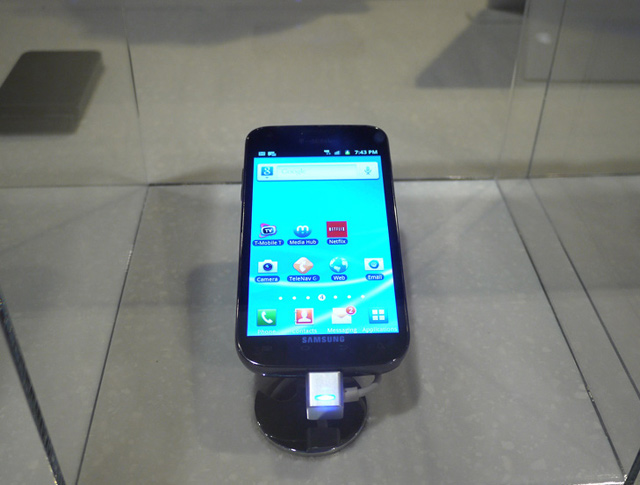 Once known as the Hercules, T-Mo’s GSII is still somewhat shrouded in mystery. They kept this one hidden behind glass, so we didn’t actually get touchy-feely with it. However, I can honestly say this isn’t my favorite form factor for the S II; those curves and that 4.5-inch screen size make it somewhat of a hybrid between the Infuse and the Nexus S, and it just seems less sleek than the other two variants.

The screen is nice, but again, has the same pixelated resolution as the Sprint Epic 4G Touch. Since Samsung wouldn’t let pink’s version out of the box, it’s hard to say whether or not it’ll have that “too light” feel like Sprint’s. Either way, this will certainly be one of the best-sellers at T-Mo.

Interested in the full specs run down? Check out our early-bird coverage of the official announcements.