Sometimes futuristic-looking prototypes of gadgets do get commercialized: Brother has announced it is ready to bring to market the so-called AiRScouter, a head-mounted and transparent transmissive liquid crystal display that was first showcased back in 2008. When worn, the device creates the impression of a 16-inch screen that’s about one meter away from user’s eyes.

Brother says they inked a deal with NEC, which will use the technology for their wearable computer Tele Scouter starting in the fall. The company expects the Air Scouter to be used in device assembly, parts picking and selection, and remote operations in factories. 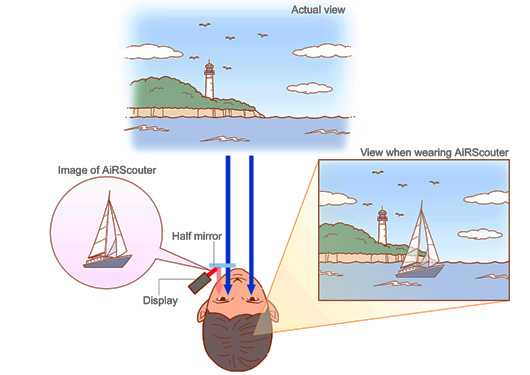