Is Silverlight really dead, or is it the future of Microsoft’s Windows 8 and Windows Phone? This is a question weighing on the minds of legions of Microsoft developers right now – developers who were once promised that Silverlight was the answer to their cross-platform, cross-browser compatibility woes, only to be later informed that JavaScript and HTML5 will be the tools used to build Windows 8 applications. HTML5 is also supported in the IE9 browser, coming soon to Windows Phone “Mango,” due out this fall.

Does that mean HTML5, then, is the future of the Microsoft platform? Maybe not. A new, unannounced platform called “Jupiter” may soon have Microsoft developers leveraging their existing skills to write applications for both Windows 8 and Windows Phone. Which means, of course, apps that run on all platforms – not just PCs, but tablets and phones, too…and even the TV (via Xbox).

That “Jupiter” exists is not new information. There have been a number of leaks about the forthcoming platform in blogs, forum posts and some folks have even reversed-engineered leaked code to learn more. 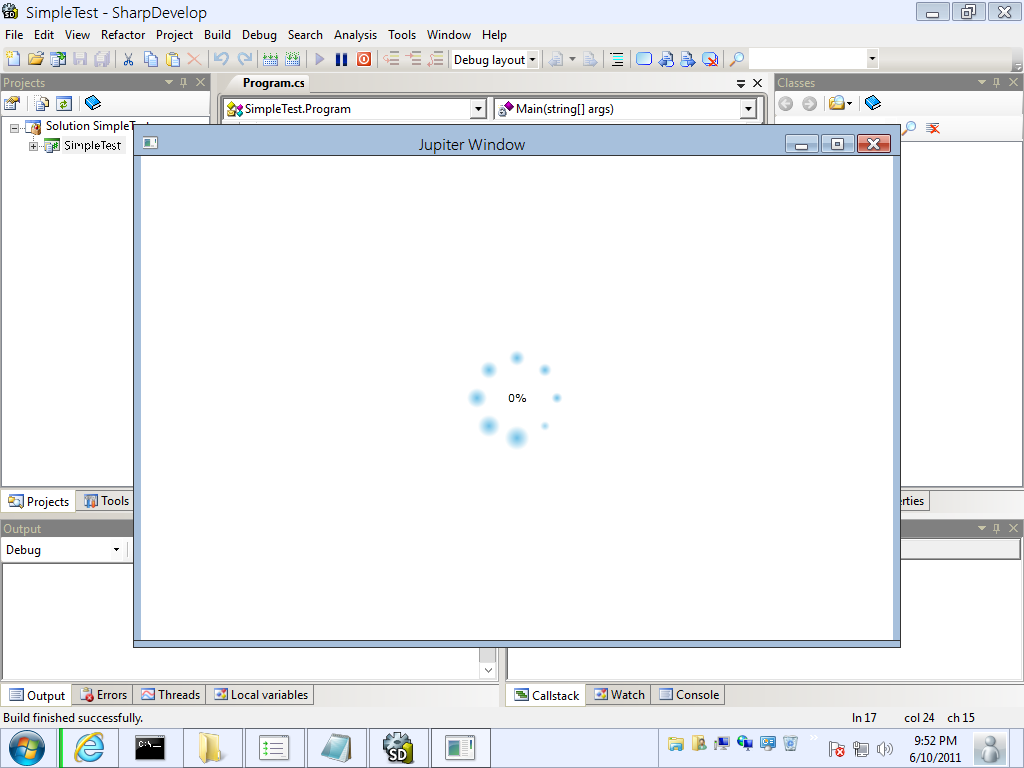 Above: C# being used to invoke a Jupiter-based app. Looks like Silverlight animation!

For those not closely tracking Microsoft’s news, here’s what (we think) we know about Jupiter, based on the information out there:

That last item is especially important, since to date, Microsoft’s only public comment about Window’s 8’s development platform is that it’s “based on HTML5 and JavaScript.” As Peter Bright of Ars Technica pointed out, Microsoft developers were “horrified” by this news. 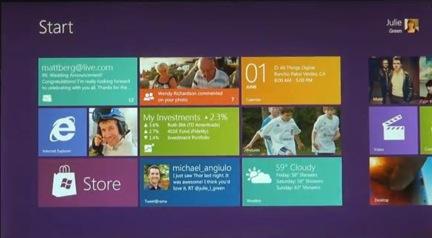 Before you throw Microsoft developers under the bus for failing to jump on the HTML5 bandwagon, you have to understand that they’ve invested a lot of time and money over the course of many years to learn all the technologies Microsoft has pushed, including Win32, COM, MFC, ATL, Visual Basic 6, .NET, WinForms, Silverlight and WPF, explained Bright. It sounded like Microsoft was asking them to throw away decades of experience and switch to HTML5.

While obviously, HTML5 has come a long way in recent months, it’s arguably not quite ready to drive the entire Microsoft platform just yet. It’s an option, of course, as it is on iOS, Android and other modern operating systems with modern Web browsers.

But it’s not going to be Microsoft developers’ only option, it seems.

At the BUILD conference next month, it’s expected that Microsoft will reveal Jupiter to its developer community and the public, at long last. 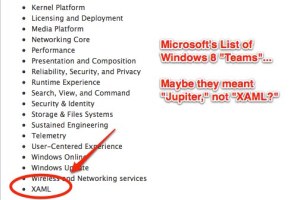 Why does Jupiter matter so much? If it’s not clear from the technical details above, it’s because Jupiter may end up being the “one framework” to rule them all. That means it might be possible to port the thousands of Windows Phone apps already written with Silverlight to Windows 8 simply by reusing existing code and making small tweaks. Or maybe even no tweaks. (That part is still unclear). If so, this would be a technical advantage for developers building for Windows Phone 8 (code-named “Apollo” by the way, the son of “Jupiter”) or Windows 8.

Imagine if Apple was to announce something similar – an easy way to port iOS applications to the Mac, for example. Right now, there’s no simple method for this. While there are third-party tools that help, Apple developers still have to do quite a lot of work to get a mobile iOS app running on the Mac OS X desktop. That said, we imagine Apple is secretly hard at work on solving this dilemma as we speak. After all, you can clearly see iOS’s influence on Mac OS X with the latest release, Lion: there’s a iOS-like “LaunchPad” with rows of apps, support for apps that work in “full screen” mode, disappearing scroll bars, and more.

Meanwhile, at Google, there’s currently a lack of vision about how to merge desktop and mobile. Chairman Eric Schmidt has made vague statements about how, at some point in the future, Chrome OS and Android will merge. But it seems like Google has no clear idea as to how it will go about doing so. 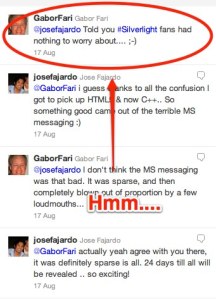 That Microsoft is thinking about the merging of desktop and mobile is no small matter. It’s a post-PC world, as they say, and for now, Apple is the only company that seems to be able to compete here. Android is struggling in the tablet market. HP just killed its barely-launched webOS. With Windows 8, Windows Phone 8 and Jupiter, Microsoft, at least, seems to have a vision.

But with Apple so far ahead at this point, the timing of that vision’s reveal may be key to Microsoft’s future. The fact that Microsoft has allowed discontent to grow in its developer community for the entirety of the year, just so it could have a splashy announcement at BUILD may be looked back on as a strategic mistake that contributed to Microsoft’s eventual downfall. Microsoft wants to be Apple, full of secrets and surprises, but it doesn’t have the culture to support it. With Jupiter, the news should have been officially announced months ago, as a tease, with a full reveal at BUILD.

But instead, Microsoft set aside developers and their concerns, in order to win the hearts of consumers, technologists and the media with promises of “big announcements” at BUILD regarding the future of Windows. Oh, Microsoft. Whatever happened to “developers, developers, developers”? Make them happy and the rest of us will come.